The Miami Dolphins visit the Buffalo Bills in the penultimate game of the season for both teams. We have everything you need to know, including game time, how to watch on TV, listen on radio, stream online, game odds, the announcers for the game, and lots more. If you want to join in the discussion, including during our live thread for the game, make sure you sign up for your free SB Nation account.

The Miami Dolphins enter Week 16 of the NFL season with a lot of meaningful football left to be played. This week, the Dolphins have a chance to claim their playoff berth, beginning with a win over the Buffalo Bills. 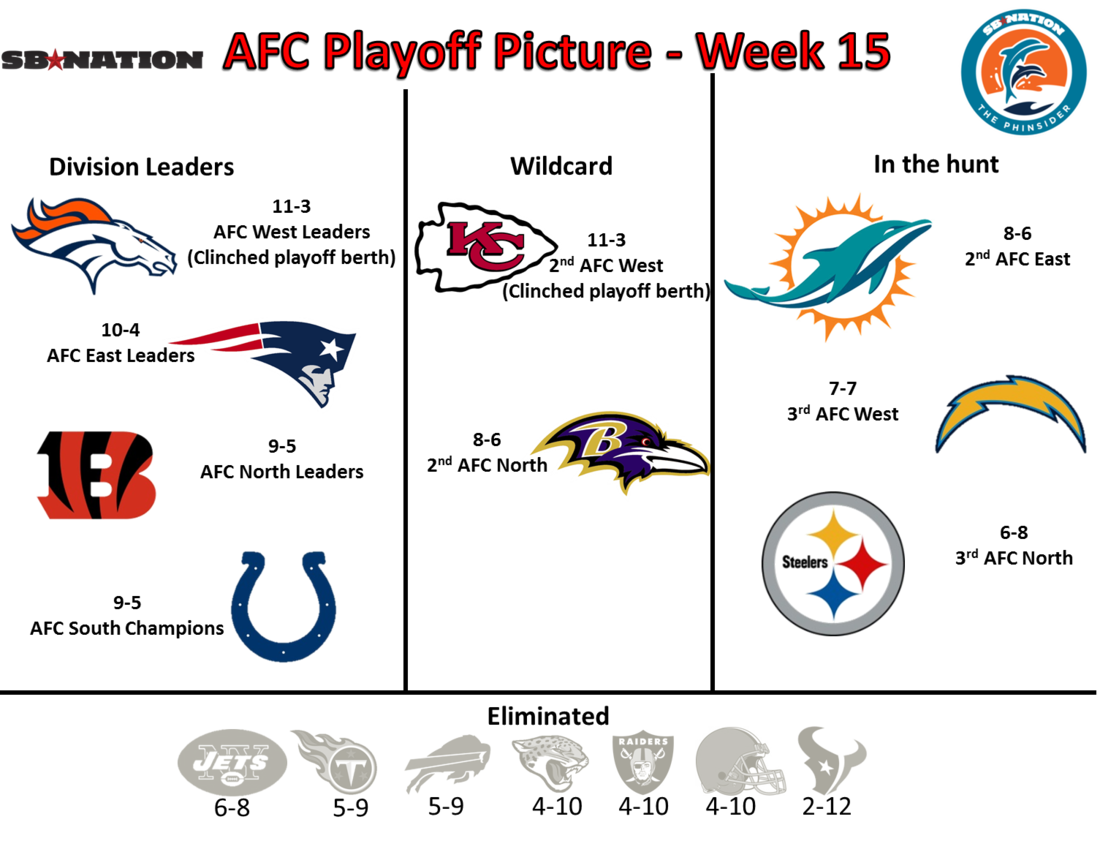 The Dolphins are three-point favorites for the game.

TV: CBS - This week's game is only going to be seen in some specific areas. All of Florida will get the game, except the Jacksonville market. A couple of areas in upstate New York will get the game, though not the Buffalo market itself, where the game is blacked out. The Baltimore market will also have the game.

"He’s a handful. The guy is an excellent football player and he’s got a variety of skills in his arsenal. He’s got speed, he’s got power, he’s got good lateral quickness so he can come around the edge and beat you and he’s quick enough to come inside and beat you. We have to have good fundamentals. We’ve got different schemes and different ways to handle him." -On handling Mario Williams

"Yeah, you have to be concerned about it. You have to see exactly how strong the crosswind (is). Is it at your back? Is it swirling? It is hard to control some of those things and predict. We’ve even been in our stadium sometimes and thought we did the right thing at the end of the half, and all of the sudden the fourth quarter the wind is blowing a different way. You make educated decisions on the information you have to the best of your ability." -On handling the wind