During last Sunday's game against the Pittsburgh Steelers, Miami Dolphins defensive tackle Randy Starks dove for a fumble, and ended up receiving what looked a lot like forceful, and unwanted, prostate exam. Now, we know, that move, cost the examiner, Steelers center Cody Wallace.

Pittsburgh Steelers center Cody Wallace might notice his next pay check is a little light.  The rookie was fined $17,875 this week for two actions against Miami Dolphins players during Miami's 34-28 win.

GIF via CBS Eye on Football

The much publicized "prostate exam," which Wallace conducted on Miami defensive tackle Randy Starks during a fumble, netted a $7,875 fine from the league.  On the play, Miami defensive end Cameron Wake stripped the ball from quarterback Ben Roethlisberger, with Starks reacting and jumping on the ball. The normal NFL pile ensued, and, on the end of the pile and in full view of CBS' cameras, Wallace kneed Starks, then started digging his hand into the defensive tackle's backside.

Wallace has said he was simply trying to dig for the ball.  Apparently, he thought it was in a delicate place on - or in - Starks. 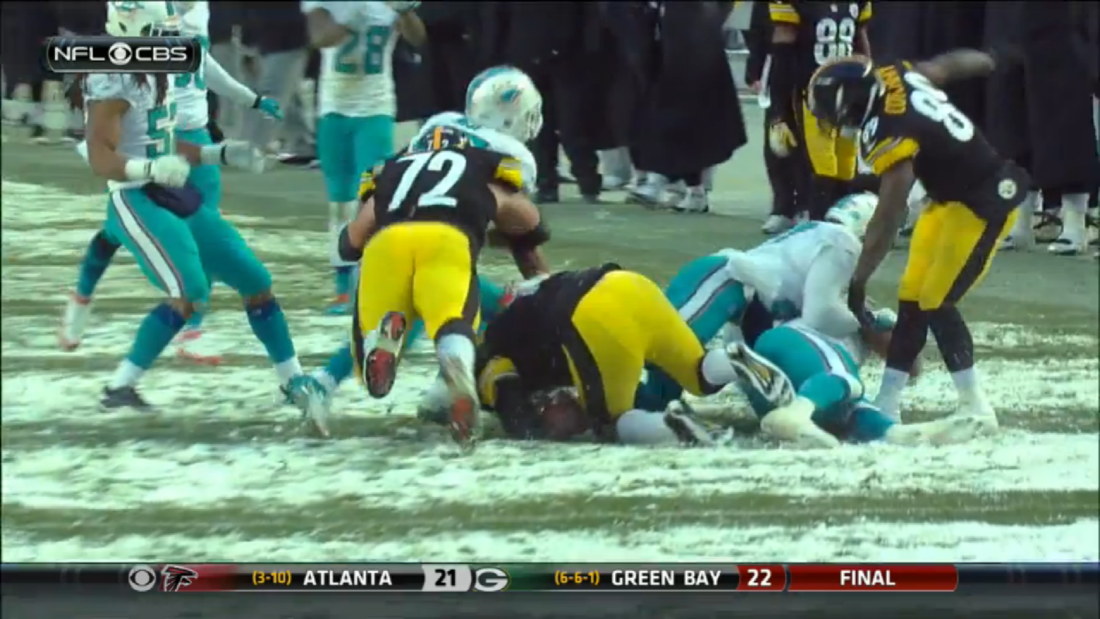 The second fine with which Wallace was hit, was for a blatant hit-in-the-back, spearing Dolphins linebacker Koa Misi in the back.  The play was flagged on the field, with the Steelers failing to convert on fourth down, giving the ball to Miami at the Pittsburgh nine yard line. That hit cost Wallace an additional $10,000.