A hot streak is a hot streak. This must be how the Jacksonville Jaguars feel.

If you are still reading this, chances are you have a semi-final matchup this week. Well, look you mr. (or mrs.) fancy pants. As you may have noticed, I've been performing rather well over the past month or so. Much like any task, once expectations are lowered, the pressure to succeed diminishes and things become a little easier I suppose. Unlike the Jaguars though, my meaningless hot streak isn't costing me a higher draft pick. Last week, my strike calls were a 3.5 out of 5, Missed badly on Harry Douglas, and Nick Foles actually had decent numbers given the conditions. But I was spot on with Murray, Edelman and Tannehill who thankfully played one of his best games as a Dolphin. That throw on the deep ball to Clay hasn't been talked about much this week, but that is one of the best passes I've ever seen him throw. Fins up! My gutter calls were all spot on. Sproles ripped off one nice run against the Panthers, but he wasn't the one who shredded their D on Sunday Night Football. I'll take a 5 for 5. After rolling along at about a 65% clip for most of the season, I'm getting dangerously close to pushing for that 70% line. C-, HERE I COME! On to the Strikes!

Roddy White: Stop laughing. Seriously. Rowdy Roddy appears fully healthy now and snagged 8 of his 10 targets outdoors in frigid Lambeau against a decent Packer Secondary, how do you think he'll fare against the Redskins powder puff defense at home in the dome? I say, well.

Alshon Jeffery: He's now in the Josh Gordon category of WRs who make me very upset that they aren't Dolphins. We took Jonathan Martin instead. Sigh. I know this seems like a fairly obvious strike call given the monstrous numbers he's producing with McCown at the helm, BUT, Cleveland can only use Haden on one guy. My money is on him covering Marshall most of the day, leaving Jeffery free to run amok. If you own Marshall (like one bitter fantasy football blogger) this man really hurt your fantasy seasons. Look for his hot streak to continue in Cleveland.

Danny Woodhead / Alfred Morris: Woodhead has seen his role diminished a bit of late, however, this is great matchup. High shoot out potential and a defense that is vulnerable to the pass. Outstanding PPR play. I wouldn't start him in standard leagues tho. However, I LOVE Alfred Morris this week in those formats. The Redskins are in shambles, but Shanahan has a ton of pride, and getting back to what he loves most, running the football against a weak run defense with his guy is the best way to show everyone that he knows what he's doing still.

C.J. Spiller: The Bills are awful. They play at Jacksonville, who is also terrible. Spiller had an 80 yard TD called back last week, and for the first time all season looks legitimately healthy. It will be way too little way too late for people who drafted him super high this year, but I think he has a great game this week. If he's available in a shallow PPR or Standard league, or if you have him stashed and are still alive, he's a solid RB2/Flex play.

Courtesy Dolphin start of the week, Ryan Tannehill: This is without a doubt, the biggest Dolphins game there has been in the last 4 years at least. Tannehill is playing the best football of his young career, and he has been an excellent distributor of the ball. Belicheck is a great defensive coach but his unit is wounded, and he shouldn't be able to take away all the weapons this offense now has. You could do a lot worse if you are in a pinch at QB.

Vincent Jackson: Nightmare matchup for the Bucs at home. It's not the 49ers secondary as much as it is their front seven wreaking absolute havoc up front. It's going to be a long day for the Buc Offense. I actually could see this game being a defensive struggle, and don't see a very nice game for V-Jax.

Chris Johnson: If you have made it this far, I doubt you have CJ2K on your team. But if you have, congrats. Nightmare matchup at home. *Side Note* If you really want to get upset, take a look at Karlos Dansby's numbers this season. Isn't that what he brought here to do?
Ray Rice: Again, chances are if you are still alive, this man is no where near your roster. Keep it that way, as his atrocious numbers should continue this week against a surprisingly stout run defense.
Kendall Wright: Been surprisingly productive this season, as previously noted in this column. But he's banged up, and should see a lot of Patrick Peterson this week. Don't start him this week.
Courtesy Dolphin sit of the week, The Defense: They made plays when they had to last week, but this matchup is a very tough one, even without Rob Gronkowski. I hope I'm wrong and they are able to step up, but I see Shane Vereen giving us fits and the Patriots always seem to put up points on us. I still think we can/will win the game, just don't trust the matchup for the Defense.
There you have it folks, your semi-final matchups will hopefully go well. I hope that my recent hot streak continues and that some of this advice helps you advance. I've been relishing watching my close friends suffer agonizing defeats in my league this season, since I've long been eliminated. It really is the simple pleasures that make life great. 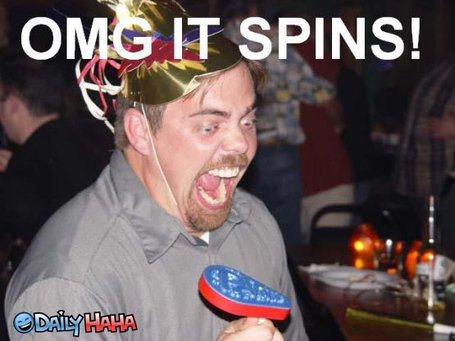 As always, feel free to ask any potential specific matchup questions you have in the comments and I'll do my best to answer before kick-off. Thanks for sticking around, best of luck!