We're through the looking glass people.

Apparently, I didn't go far enough under the radar last week. In fairness, who in their right mind could have predicted that Napoleon Dynamite Nick Foles was going to tie the NFL record for TD passes last week? 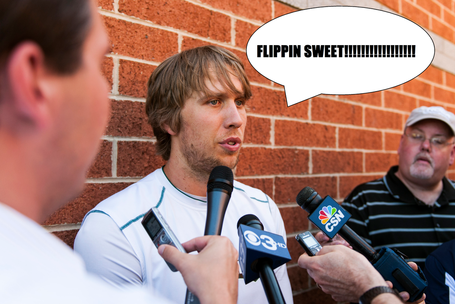 I actually did alright on my strike predictions. I'll take a 3 out of 5 for the week. Terrance Williams and Brian Hartline didn't have the big games I expected them to have, but if you stuck with Russell Wilson, Stevan Ridley or Keenan Allen, hopefully, you are happy this morning. My Gutters were another story completely. I'll take a 1.5 out of 5. Marques Colston didn't even play, Fred Jackson had ok numbers but wasn't spectacular, and while LeSean McCoy and Andrew Luck didn't play great games, they both produced from a fantasy standpoint. Lamar Miller, I just missed on completely, though I'm happy about that. Can we just call him the feature back and be done with that now? Aside from a kind of fluky fumble he was very good against one of the best defenses in the NFL. On to the strikes!

Chris Johnson: CJ2K is back. I was actually expecting him to show up well before last week, but the Titans schedule in the first half of the season was brutal. It is decidedly easier from here on out. If you stuck with him, prepare to reap the benefits starting this weekend with a juicy matchup against the mighty Jaguars of Jacksonville, Florida.

Philip Rivers: Marmalard is prime for a shoot-out with his old pal Peyton Manning on Sunday. I expect him to keep pace reasonably well against a Denver pass defense that leaves much to be desired.

Kenny Stills: Call this one a hunch. Drew Brees seems to like throwing to this kid and I see a decent amount of points scored in this game with Stills benefitting from all the attention being paid to the man drafted 22 spots after John Jerry and 55 spots after Koa Misi. Still a touch bitter about missing that home town product Jeffy.

Courtesy Dolphin start of the week, Charles Clay: The Bucs pass rush lacks much bite. I'm hoping this translates into our offensive line protecting well enough to allow Clay to be a factor in the passing game again. He's proven to be an effective weapon and with Revis looking to shadow Wallace most of the evening, I'm guessing Clay will benefit.

DeAngelo Williams: His days as a feature back are over. With Jonathan Stewart back, he's gone from serviceable RB3/flex to pretty useless in standard leagues. He couldn't produce last week against the Falcons high school defense, how do you think he'll fair on the road vs. a rested 49ers D?

Colin Kaepernick: The Panthers defense has been very good all season. Don't expect to see Kap put up huge numbers on the ground or through the air this week.

Ray Rice: Yeesh, what an awful year he's had to this point. I wouldn't look for that to change this week against a pissed off Bengals D.

Cecil Shorts III: You'd think he'd benefit from the Justin Blackmon suspension. I say he's going to suffer due to the lack of attention being paid to anyone else on this offense and the fact that he plays for the Jacksonville Jaguars.

Courtesy Dolphin sit or the week, Mike Wallace: As I mentioned previously, Wallace should expect to see plenty of man coverage from Darrelle Revis as the Bucs have begun to use him to negate opponents' number one WR for the past few weeks. I think the Dolphins offense has a good week, and if we don't win, I think this season is another lost cause, but I don't expect Wallace to be very effective on Monday night.

Went a little out of the box with some of the calls for this week. Some fringe guys, and some known commodities. Most leagues are just past their midway point and moving on to the play-off push. For those of you still in contention, I say good luck and for the rest of us, keep playing, and give your buddies, family members and co-workers hell. 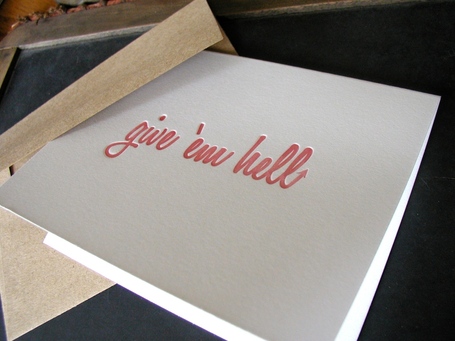