The NFL's Week 9 schedule ended last night with the conclusion of Monday Night Football. This morning, we take a look at the current AFC playoff picture. 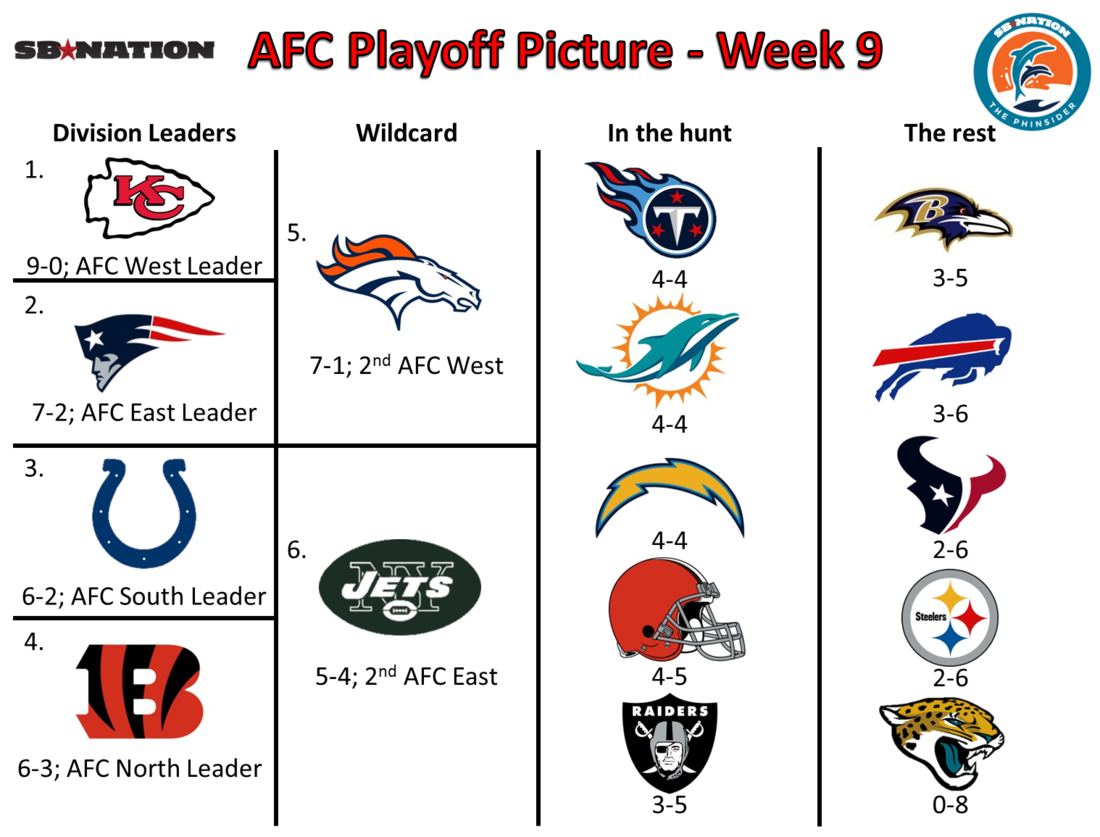 The Kansas City Chiefs continue their strangle hold on the AFC Playoff Picture, winning again to move to a perfect 9-0 on the season and the top spot in the conference and the AFC West division. Behind them, the AFC East leading New England Patriots have the second seed, two games back at 7-2. The third seed belongs to the AFC South leaders, the Indianapolis Colts, at 6-2 on the season, with the AFC North leading Cincinnati Bengals taking the last division winners slot at 6-3.

The top Wildcard slot continues to belong to the 7-1 Denver Broncos, second in the AFC West. The final spot in the post season, however, has changed, as the New York Jets move into the position with a 5-4 record earning them the sixth seed.

Just behind the Jets, on the outside looking in on the playoff picture, are the Tennessee Titans, the Miami Dolphins, and the San Diego Chargers, all sitting at 4-4 on the season. The Chargers were in the sixth seed after last week, but now are ninth in the conference.

Another half game back, the Cleveland Browns are 4-5 on the year. The Oakland Raiders and Baltimore Ravens are both 3-5, holding the 11th and 12th spots in the conference, while the Buffalo Bills are 13th at 3-36. The Houston Texans and Pittsburgh Steelers are both 2-6, while the Jacksonville Jaguars are still in the 16th and last position, as well as winless on the year at 0-8.