Share All sharing options for: Cameron Wake fined for hit on Cam Newton

The NFL has dropped the fine hammer on Miami Dolphins defensive end Cameron Wake for his helmet-to-helmet hit on Carolina Panthers quarterback Cam Newton on Sunday.  The hit came in the first quarter, when Wake attempted to sack the Carolina quarterback, and connected with Newton in the facemask.  After the play, the Panthers called timeout and Newton was seen on the sideline spitting blood. 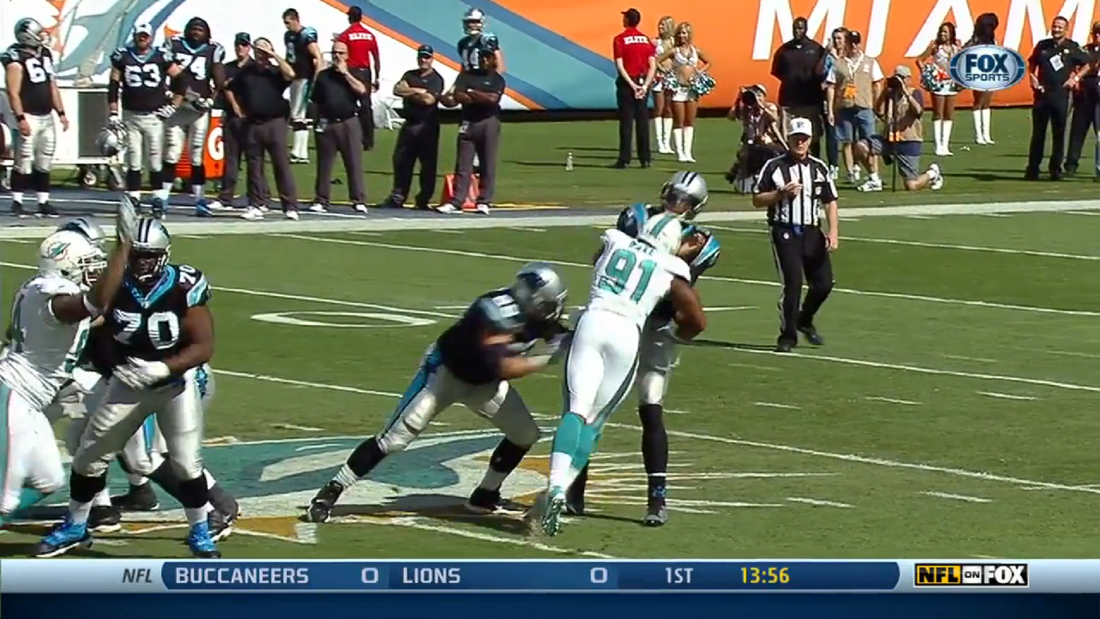 The play drew no flag, but has drawn a fine.  The league is taking $15,750 from the All Pro defensive end.

Interestingly, there has not been any reports of a fine for Panthers linebacker Luke Kuechly for his helmet-to-helmet hit on a defenseless receiver when he broke up a Ryan Tannehill pass to Rishard Matthews in the end zone.  A flag was thrown on that play, only to have the referees waive off the penalty. 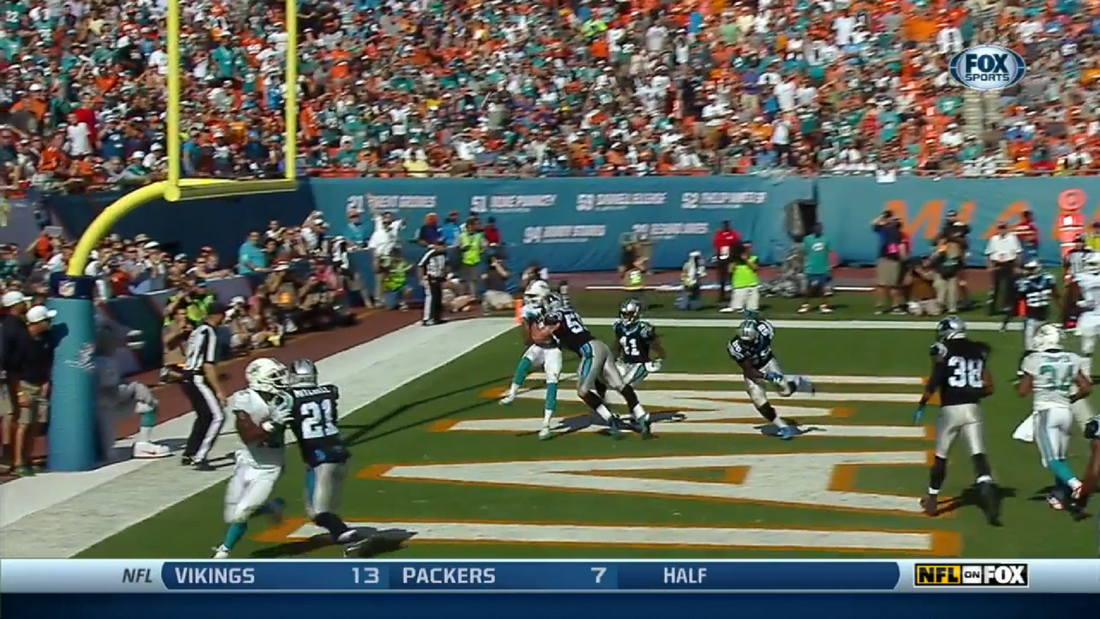