It finally happened. Last week marked official elimination from play-off contention for my teams in both fantasy leagues I've been participating in. You know how people usually say, "It's been a pleasure."? Well, it hasn't. I will say that my fantasy advice column did have a pretty solid week all things considered, and I promise to continue providing perceived truths in advertising all the way through week 17 for all 13 of my loyal readers. If you stuck around and were able to follow any of my advice, hopefully, you were rewarded. I'll give myself a 4 out of 5 on the strikes, with half points coming for Rueben Randle and my Dolphin prediction. Matthews didn't have a good game, but I did say that I wouldn't start any Dolphin, so hopefully you heeded that advice. Vereen had a stellar PPR performance, and Kap and Fleener both had the big games I said they would. The Gutters also produced a 4 out of 5 with half points coming on Steve Smith (decent game but not great, like Randle) and the Dolphin sits, in which they all had bad fantasy performances except Wallace and Tannehill who was pretty decent. I would have traded all of that for a Dolphin victory, but much like my fantasy teams, the Dolphins are rapidly approaching 'better luck next season' territory. On to the strikes!

Kendall Wright: Quietly, he is having a great Fantasy season in PPR leagues. I see him getting a decent amount of looks against a suddenly vulnerable Colts Defense. Very safe WR3/Flex play especially in deeper leagues and PPR formats.

Josh Gordon: The supplemental draft pick the Dolphins didn't use on Gordon before last season still haunts me. I see the character flaws, and I know he's one joint away from a year long suspension. 14 catches 237 yards and a TD last week. I believe that was Charles Clay's entire first season. *Breaking News: The Jags are terrible.

Josh McCown: If you are in a QB pinch, I could see the former High School Ball Coach going off against a Minnesota Defense that seems to enjoy being shredded by QBs who have been recently picked up off the street. High scoring affair in the dome, look for multiple TDs.

Giovanni Bernard: Coming off the bye and healthy against a Charger Defense that was shredded by Daniel Thomas not too long ago. Yes, that Daniel Thomas.

Courtesy Dolphin start of the week, Miami Defense: The Jets play good defense, but Geno Smith is a train wreck. The Dolphins have been better on D as of late, and if they don't show up on Sunday, then they are gutless. I've been pretty hard on my beloved Dolphins this season, but I will say, it is nice to see them playing meaningful games into late November.

Percy Harvin: First real game back. Monday Night Football. I see the Seahawks playing ball control to try and keep Drew Brees and company off the field. Plus the Saints Pass Defense has been very solid this season. If you waited this long to start him, you will most likely be playing him. Flex option at best.

Marques Colston: Same game, same type of reasoning. the Saints don't really play ball control, but I bet Richard Sherman is locked on Colston for most of this game. Just not a good matchup.

Stevan Ridley: A few weeks ago, it looked as if Ridley had turned a corner and was back to RB1/RB2 status. And then the fumbling started again. Look for Shane Vereen to benefit.

DeSean Jackson: The Cardinals defense is very tough. Even though this game is at Philly, I expect them to lock down Jackson with Patrick Peterson. Also, for as good as Foles has been, he doesn't seem to focus in on Jackson the same way Vick did, and appears to spread the ball around a lot better. So, I expect him to look elsewhere if Jackson is being taken away by Peterson.

Courtesy Dolphin sit of the week, Lamar Miller: Don't bother messing with the Dolphin running game this week. Wallace will have a difficult match-up with Cromartie as well, but the Jets are tough on the run.

The fantasy football play-off push is in full effect. Hopefully, these diamonds in the rough help you win your matchups this week if you are still live. 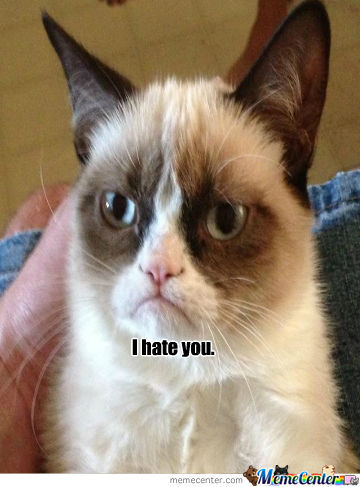