The Miami Dolphins lost to the Carolina Panthers this past Sunday 20-16. We take a look back at the game through the Miami defensive snap counts this afternoon. 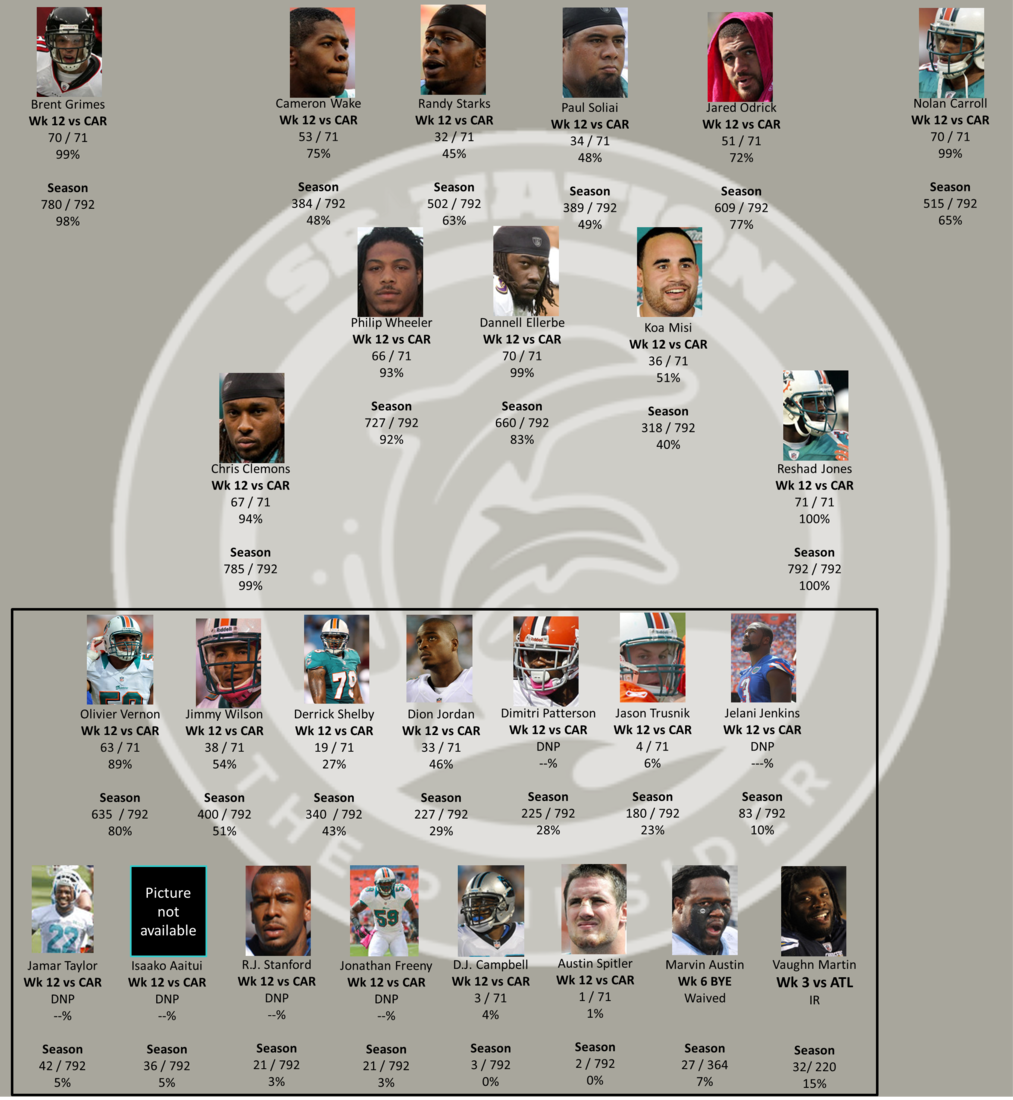 The Miami Dolphins sit at 5-6 on the season after losing another winnable game this past weekend, this time at the hands of the Carolina Panthers. As we finish our recaps of the game, we turn to our defensive snap counts for Miami, having already looked at the offensive counts yesterday.

At linebacker, Dannell Ellerbe spent 70 snaps on the field, missing one play, while Philip Wheeler was in on 66 plays. Koa Misi made 36 appearances, while Jason Trusnik came of the bench four times and Austin Spitler added one play.

Brent Grimes and Nolan Carroll, who was again starting for the injured Dimitri Patterson, both played 70 of the 71 snaps out at cornerback for the Dolphins. Jimmy Wilson continues to work as a nickel cornerback, and played 38 snaps.

Safety Reshad Jones again played every snap, and has not missed a play this season, appearing in all 792 defensive snaps. Chris Clemons, meanwhile, who had statistically played 100% of the snaps on the year (718 of 721), missed four snaps during the game, making it on the field for 67 plays. D.J. Williams, the former seventh round draft pick by the Panthers, took three snaps at safety while Clemons was out.