The Miami Dolphins lost to the Carolina Panthers this past Sunday 20-16. We take a look back at the game through the Miami offensive snap counts this morning. 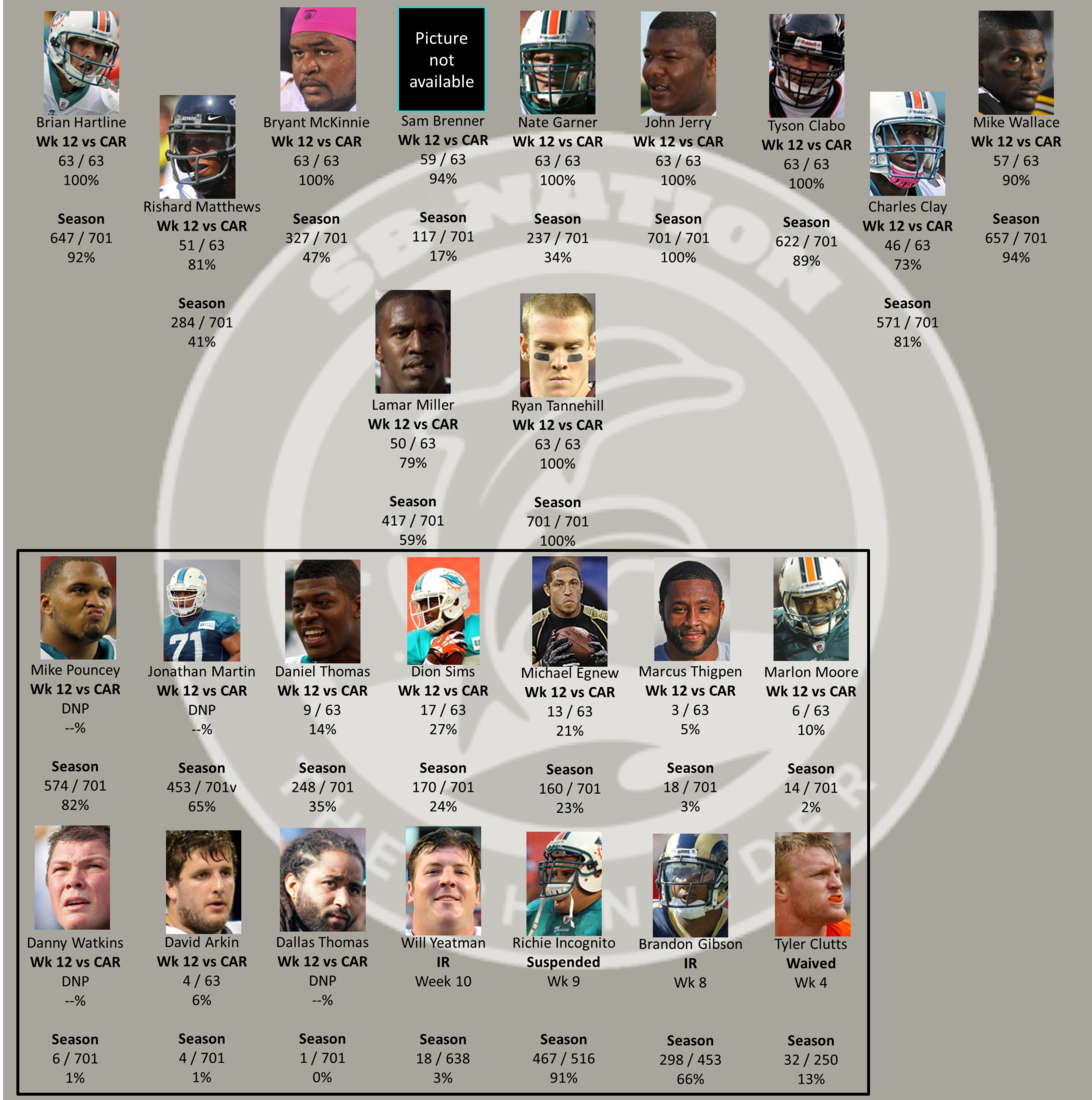 The Miami Dolphins dropped another game they probably should have won this week when Cam Newton and the Carolina Panthers scored a touchdown with less than a minute to play. This morning, we look back at the game, through the Miami offensive snap counts.

The piecemeal offensive line actually spent most of the game together, with tackles Bryant McKinnie, guard John Jerry, and center Nate Garner taking every one of the team's 63 offensive snaps. The only starting lineman who did not play every down was left guard Sam Brenner, who suffered a knee injury and had to go to the sideline. David Arkin filled in for Brenner, playing four snaps. Brenner put on a knee brace and came back into the contest, playing a total of 59 snaps.

Quarterback Ryan Tannehill, as he has every game this year, played every offensive snap. He and Jerry remain the two offensive players to have appeared in all 701 plays.

At wide receiver, Brian Hartline played all 63 snaps, the first time he has done that this season. Mike Wallace made 57 appearances during the game, while Rishard Matthews played 51 snaps. Marlon Moore also was on the field for six offensive plays.

At running back, Lamar Miller played 50 snaps. Behind him, Daniel Thomas was in the game for nine snaps, before an ankle injury forced him from the game - and likely the season. Marcus Thigpen played three snaps during the game, as well.