With my fantasy seasons realistically over, it would make sense for me to just to quit and walk away. I think by now, it's become very apparent, that making sense is not my strong suit. My advice has been spot on about 65% of the time this season. I believe, that is a D- in most scoring systems. Let's see if we can pick that up to a D+ by week 17! In all honesty, trying to pick under the radar strikes and big name gutters is tough and 65% is pretty good. Last week showcased a few pretty stellar predictions. More than likely you would be starting Vincent Jackson every week, but I called a monstrous performance and that is what you got (especially in PPR). Overall, my strikes were a 3 out of 5, with Gentle Ben having the monster game I foresaw and Andre Brown getting decent yards on the ground and through the passing game against the Packers. Golden Tate and Rishard Matthews did not have the type of performances I anticipated unfortunately. The gutters were all in line except for Chris Johnson who inexplicably torched a decent Indianapolis Colt Defense a week after being stuffed by the mighty Jaguars of Jacksonville. It's a funny world we live in people. None of my successful picks helped me win any of my fantasy games this week and as I alluded to earlier, I am merely playing out the string. Hopefully, the Dolphins will surprise me by pulling out a win this week, AND by preventing Ryan Tannehill from losing a limb out there. 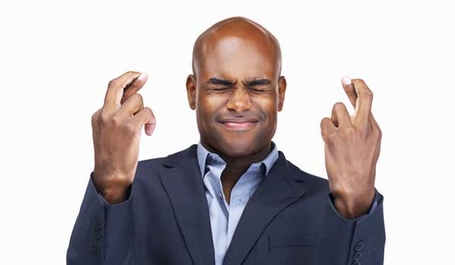 On to the Strikes!

Rueben Randle: Not sure if you've noticed, but the Cowboys secondary is getting shredded on a weekly basis. Victor Cruz should have a big game, but I also see Randle repeating the very good performance he had in their first meeting. He's a sneaky PPR play or bye week fill in for a WR3 with real upside.

Shane Vereen: My secret weapon in my PPR league at the beginning of season, is finally back paying dividends for other people. I like this matchup for the Patriots, and this game with the Broncos has "Shoot-Out!" written all over it. I don't see huge rushing numbers for Vereen, but he is a great PPR play this week if you were smart/patient enough to stash him. *Side note: I was not

Colin Kaepernick: The Redskins have a lot of shortcomings. Most notable; their paper thin defense. Teams are able to run and throw on them with ease. Kap's struggles this season are well-documented, but I think he's a safe start this week.

Coby Fleener: The matchup dictates that most of the looks in the passing game will come his way. Patrick Peterson should take out T.Y. Hilton and the Colts will need to pass the ball in this game. I see a lot of those looks coming Fleener's way who's quietly put together a very nice season. Solid PPR play, but I don't see many better TE matchups out there aside from the obvious.

Courtesy Dolphin Start of the week, Rishard Matthews: This is a matchup nightmare. I see the Panthers Defense shutting down the run and getting to Tannehill quickly. He's going to need to fire passes out in a hurry, in the intermediate and short range. Charles Clay will most likely need to stay in block, so that should leave Matthews as the beneficiary. If it were me, I'd play 0 Dolphins this week, but I'd say Matthews is the safest.

Stevan Ridley: The Broncos defense is involved in many shoot-outs, but they have been very stingy against the run. I don't see Ridley being very involved in this game save for a few goal line touches which could lead to TDs. Start at your own risk, and pray for short yardage touchdowns.

T.Y. Hilton: As I mentioned previously, I don't think the Cardinals are going to let him beat them. This is a tough matchup for the Colts against their former interim coach.

Jordan Cameron: Was such a great sleeper early on in the season. It's very disappointing to see what has become of his talent with such poor QB play around him. The Steelers are not a particularly tough matchup, but Jason Campbell, is not a particularly good quarterback either.

Steve Smith: Brent Grimes is awesome. He may be my favorite Miami Dolphin. He draws the unenviable task of covering the opposition's number one WR every week, and has shut them down pretty much like clock-work. I bet he keeps Steve Smith in check this week as well.

Courtesy Dolphin sit of the week, the whole offense: Wallace, Miller, Hartline, Clay, Tannehill are all benches this week if you have other options. I hate this matchup so much I would punch it in its stupid face if I could.

Hopefully, your fantasy teams are still alive and kicking. As we get down to the home stretch I'm digging a little deeper to try and find those hidden gems that can get you those crucial wins to help clinch play-off spots. Trust me, I'm not an embittered sports blogger trying to crash and derail your fantasy teams with bad advice (even though it may seem that way at times). Good luck this week. As always, feel free to ask for my advice in the comments at your own risk. I know this column is a bit later than usual this week. I won't bore you with the details, just know that it involved vomiting.