The Miami Dolphins beat the San Diego Chargers on Sunday. We take a look back at the game through the Dolphins' defensive snap counts. 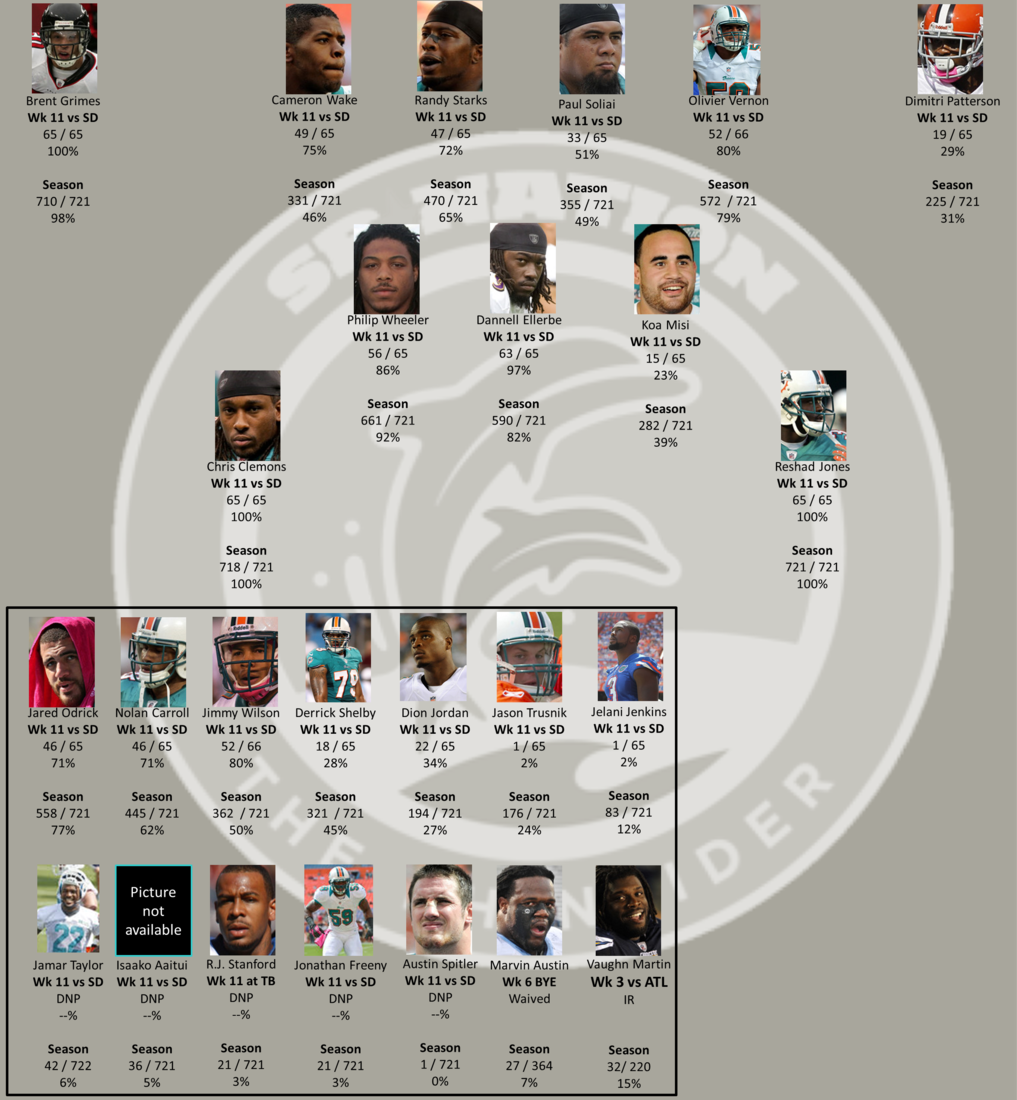 Earlier today, we took a look at the Miami Dolphins' offensive snap counts from their game against the San Diego Chargers. Tonight, we turn to the defense.

The Dolphins' defensive line featured Olivier Vernon playing 52 of the team's 66 defensive snaps, with Cameron Wake on the other side of the line taking 49 plays.  In the middle, Randy Starks started and played 47 snaps, while Jared Odrick came off the bench for 46 plays.  Along side Starks on the starting lineup was Paul Soliai, who played 33 snaps.  Defensive end Dion Jordan played 22 snaps, while Derrick Shelby added 18 of his own.

The linebackers saw Koa Misi return to the starting lineup after missing last week, along with Philip Wheeler and Dannell Ellerbe.  Ellerbe led the way with 63 snaps played, while Wheeler made 56 appearances and Misi was on the field 15 times.  Reserve linebacker Jason Trusnik, who returned to the bench with Misi's return, played one snap, as did rookie Jelani Jenkins.

Dimitri Patterson and Brent Grimes both started at cornerback for Miami this week, with Grimes playing all 65 snaps.  Patterson, however, once again aggravated the groin injury that has bothered him all year, leaving the game after just 19 plays.  Nolan Carroll, as usual, took over for Patterson, playing 46 of the 65 snaps, while Jimmy Wilson continues to work as the nickel cornerback, and saw 52 plays.

Behind them, safeties Chris Clemons and Reshad Jones both played all 65 snaps.