With last night's Monday Night Football game completion, the AFC Playoff picture changed, thanks to the New England Patriots losing. The full playoff picture is below. 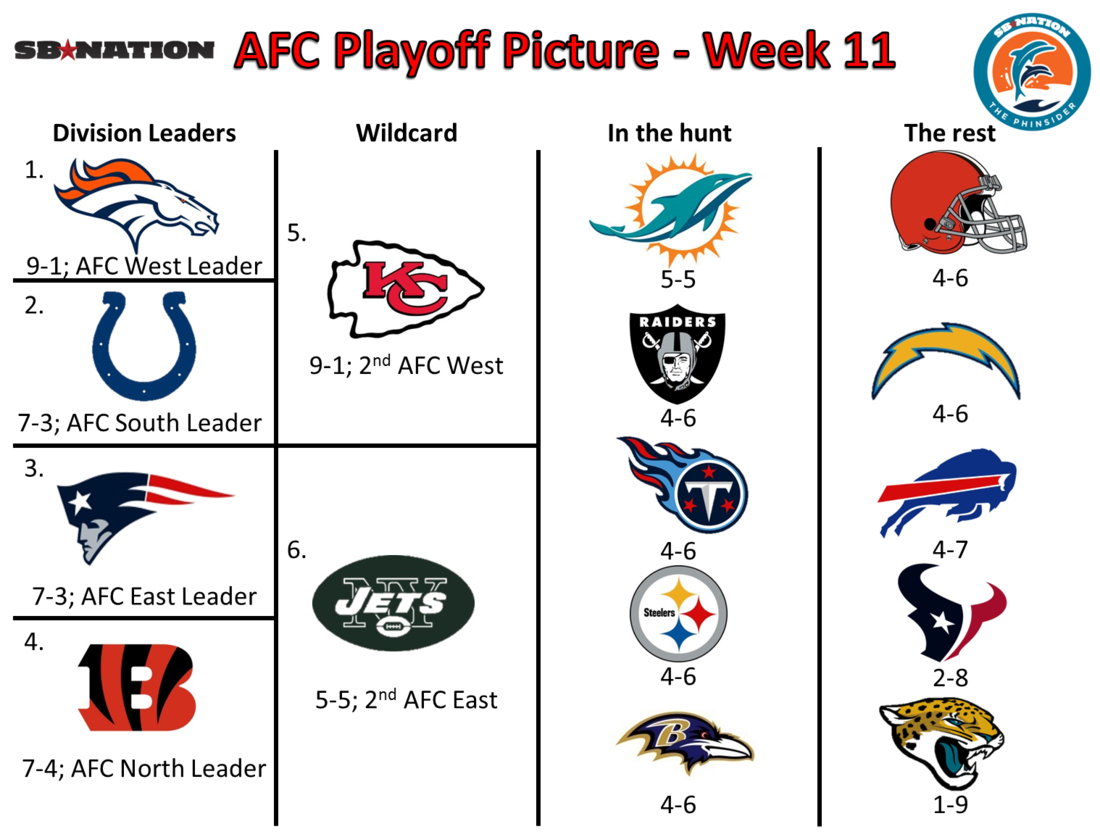 The AFC's Playoff picture starts with a change at the top this week, as the Denver Broncos jump from the fifth seed into the number one spot thanks to their win over the previously undefeated Kansas City Chiefs. The win moves the Broncos into the AFC West lead with a 9-1 record and gives them the head-to-head tie breaker on the Chiefs. The Chiefs will have another shot at the Broncos in just two weeks, this time in Kansas City.

Behind the Broncos, the AFC South leading Indianapolis Colts move into the second position, taking it from the now third place New England Patriots. Both teams have identical 7-3 records, with the Colts claiming the tie breaker thanks to a better conference record at this point.

The final division leader spot is held by the Cincinnati Bengals, with a 7-4 record.

The Chiefs and their 9-1 record have the first Wildcard, while the New York Jets have the sixth and final postseason position with their 5-5 record.

On the wrong side of the cut line, the Miami Dolphins have the seventh position right now, losing out on the division record tie breaker to the Jets. The Dolphins and Jets still have both games of their home-and-home series, meaning either one of them could end up with the tie breaker by the end of the year.