Dolphins precision play against the Buccaneers

The Miami Dolphins lost to the Tampa Bay Buccaneers on Monday Night Football in an ugly game. However, one player, wide receiver Rishard Matthews, at least had the precision needed to try to get Miami a win.

Share All sharing options for: Dolphins precision play against the Buccaneers

Test how precise your football knowledge is by playing the Precision Play of The Week for a chance to win Super Bowl tickets – brought to you by Gillette Fusion ProGlide, precision comfort, even on sensitive skin.

The Miami Dolphins' loss to the Tampa Bay Buccaneers on Monday Night Football was not filled with a lot of precision. In fact, it's hard to find any. It was an ugly game, from both teams, more so from the team that entered the game .500 than the team that was 0-8. As the Buccaneers came away with the victory, sending Miami to a 4-5 record, it really was hard, as a Dolphins fan, to see the good that was there, however fleeting, from Miami.

Of course, the biggest source of precision on the night was wide receiver Rishard Matthews, who caught 11 passes for 120 yards and two touchdowns. 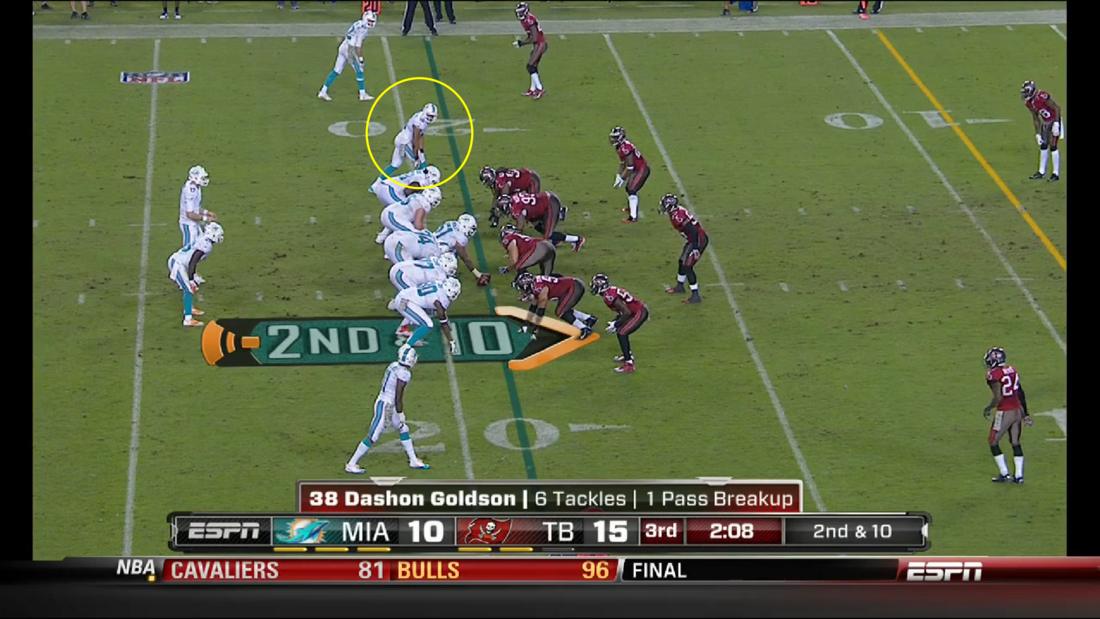 At the snap, Tannehill fakes the handoff to Miller on a run to the left (red arrow). The offensive line do a good job of locking up defenders, with Sims chipping, then moving down field to pick up a linebacker. Hartline moves to engage the cornerback while Wallace runs a slant, also looking to engage a defender. Wallace, meanwhile, bubbles across the line of scrimmage, immediately looking for the pass from Tannehill: 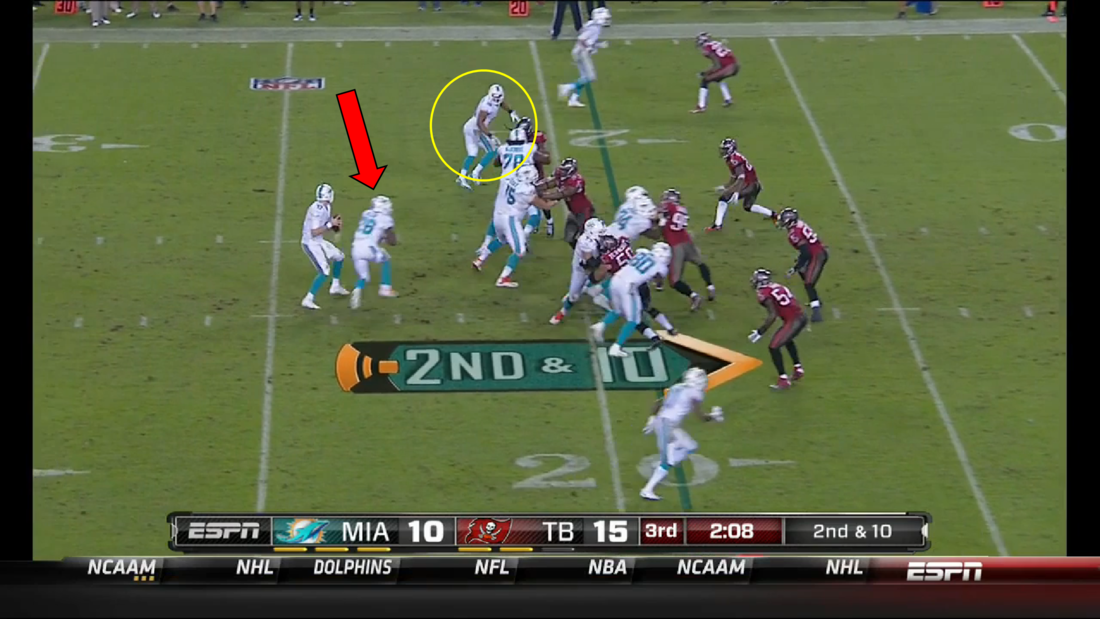 As Matthews receives the ball, the only defender in position to make a play is cornerback Leonard Johnson, with Sims picking up Lavonte David, John Jerry and Mike Pouncey pushing defensive tackle Gary Gibson back into linebacker Mason Foster, and Hartline in position to lock up Johnthan Banks: 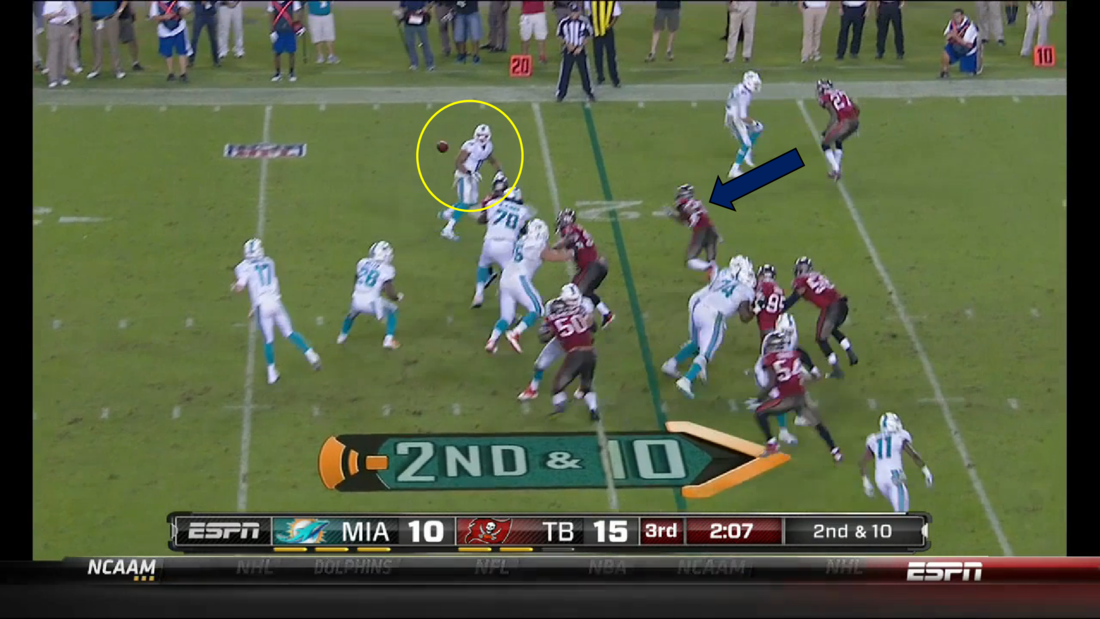 However, Johnson angled toward where Matthews was receiving the pass, rather than where Matthews would run after catching the ball. As Matthews passes the line of scrimmage, Johnson is trying to correct his angle and close the gap: 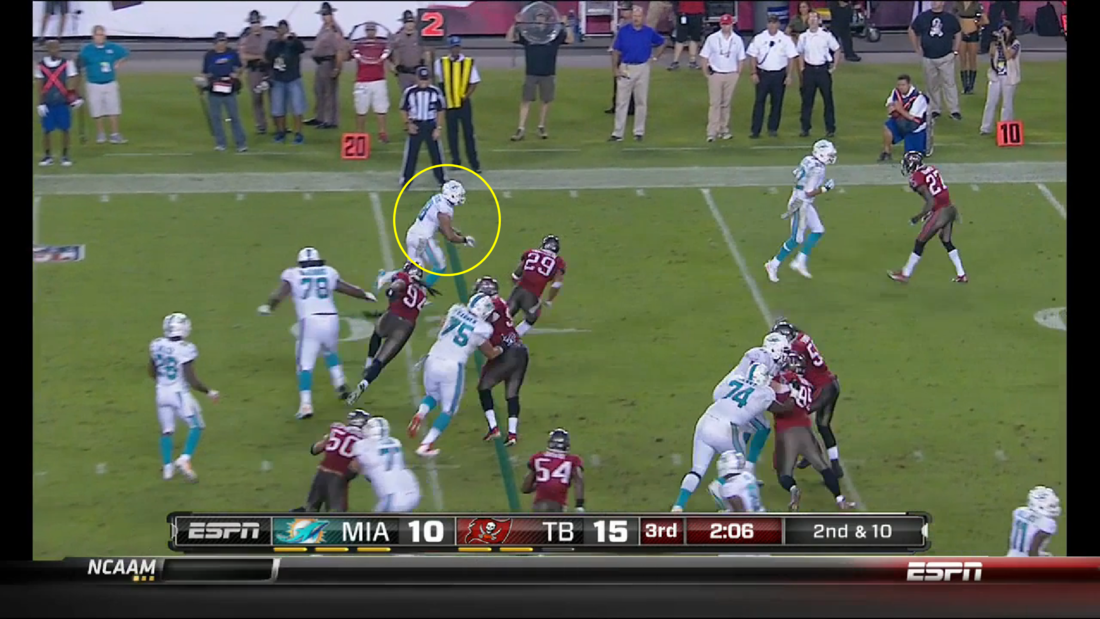 However, Matthews is able to beat Johnson and head down the sidelines: 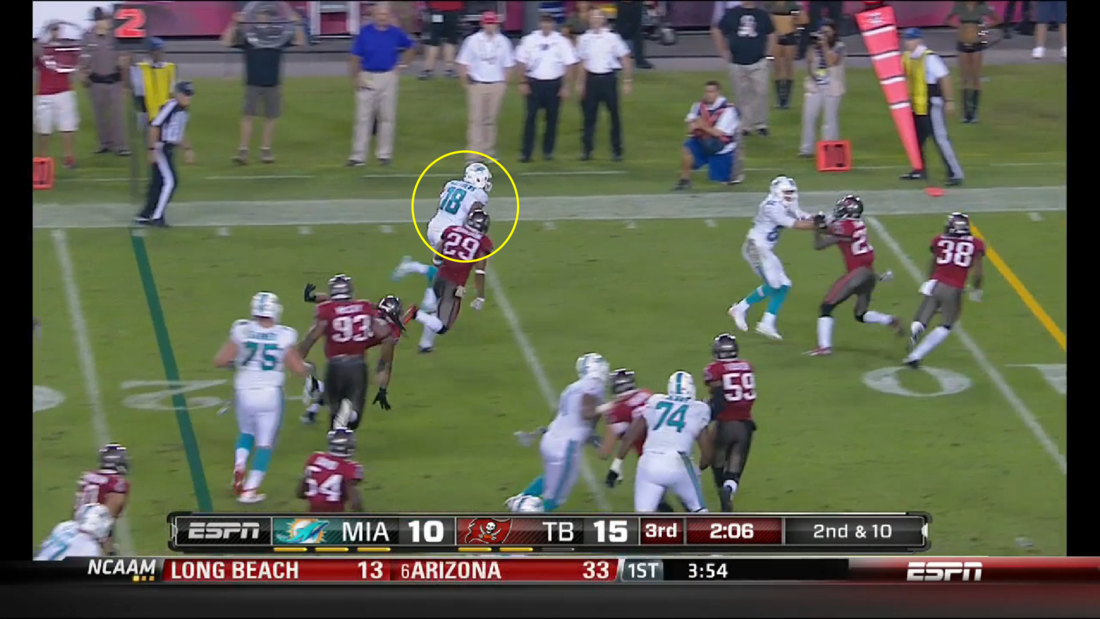 Matthews does a nice job of running behind the block provided by Hartline, which keeps Johnson from being able to make a play. Now, he just has to get past Dashon Goldson for the touchdown: 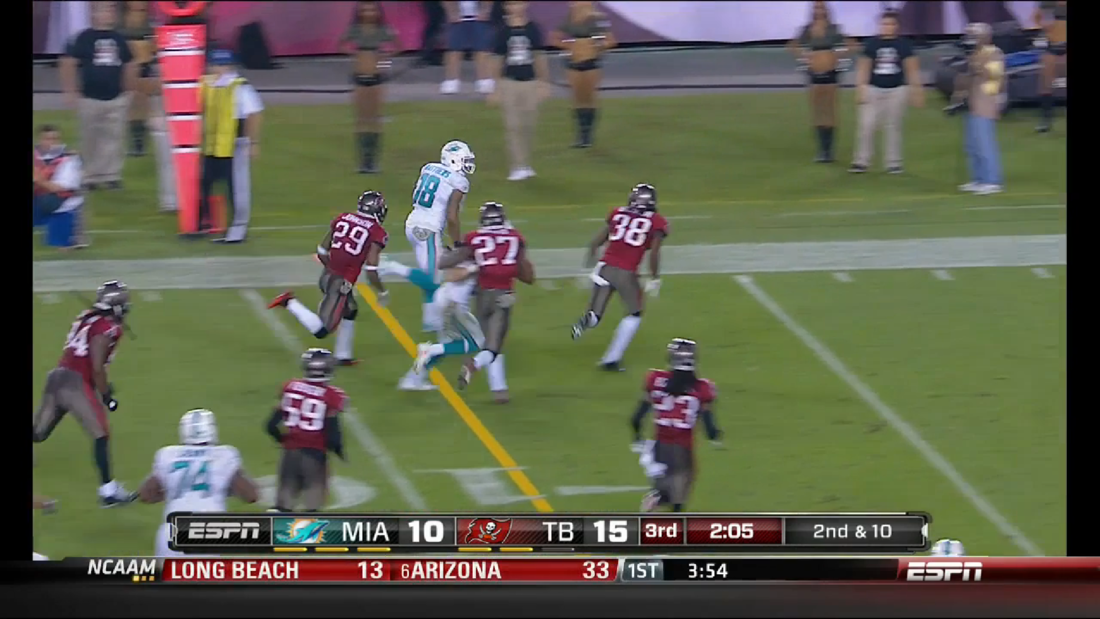 And, Matthews ends up in the endzone for his second touchdown of the night, and second of his career: 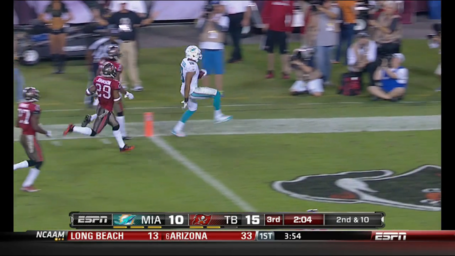 Not a lof things went right for the Dolphins on Monday night, with the Buccaneers eventually winning 22-19. However, the precision from Matthews led to a great night for the wide receiver, and at least a few minutes of enjoyment for Dolphins fans.