The Miami Dolphins lost to the Tampa Bay Buccaneers on Monday night. Today, we take a look back at the game through the offensive snap counts for the Dolphins. 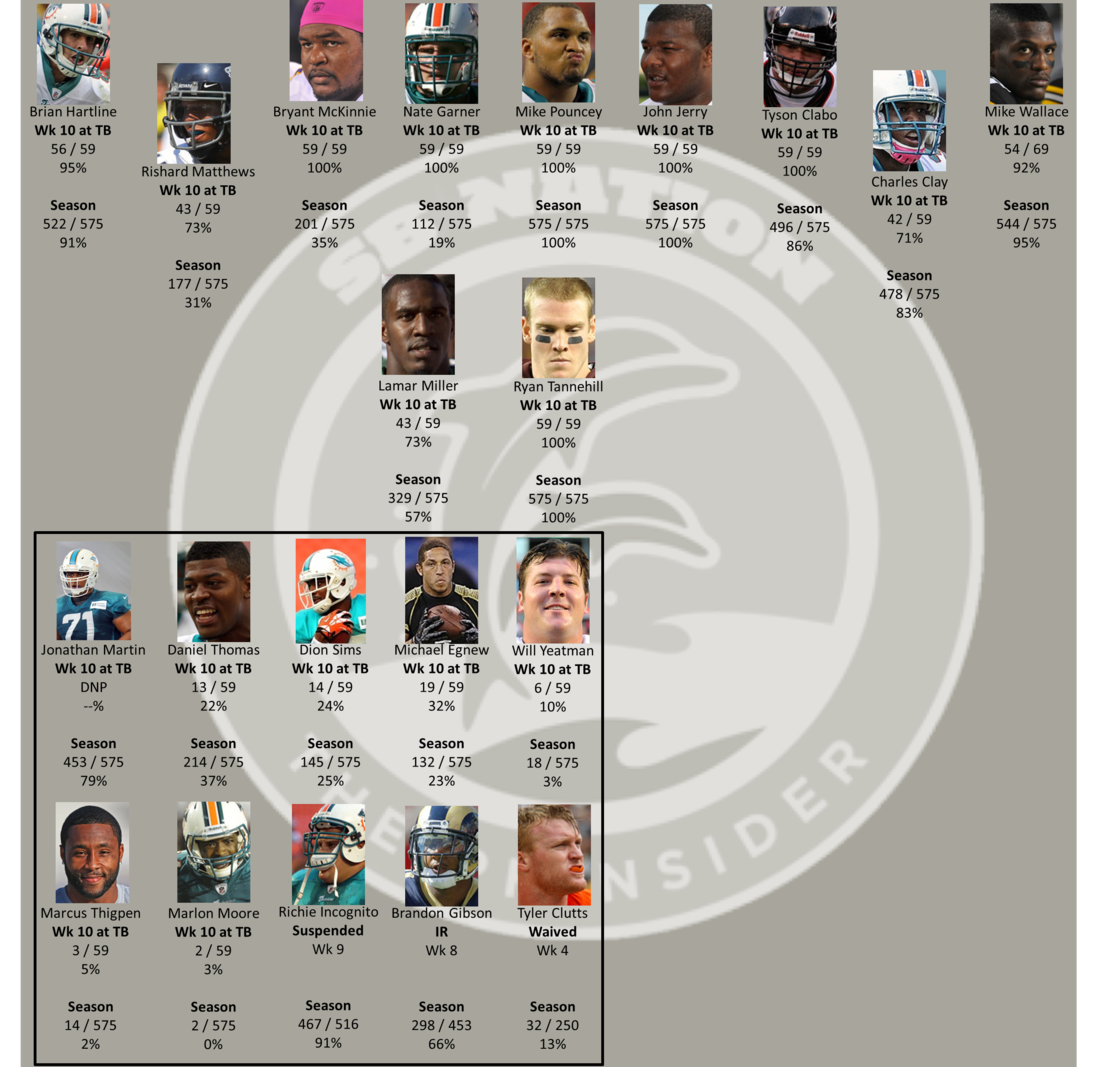 The Miami Dolphins did everything they could to hand a winable game over to the Tampa Bay Buccaneers on Monday night, and, despite the winless Bucs likewise trying to gift away the game, Miami proved to be the more pathetic of the two clubs and picked up the loss. Today, we revisit the game through a look at the Dolphins' 59 offensive plays.

The much maligned offensive line, playing without Jonathan Martin and Richie Incognito (despite how many times the commentators decided they were on the field), all played every snap. Bryant McKinnie manned the left tackle spot, Nate Garner replaced Incognito at left guard, Mike Pouncey took his normal center position, Jonh Jerry remains at right guard, and Tyson Clabo help his one lost starting right tackle position again.

Quarterback Ryan Tannehill, likewise, played every snap. He, along with Jerry, are the only two players to have taken every offensive snap of the season so far.

Starting at wide receiver this week, Brian Hartline and Mike Wallace were joined by Rishard Matthews. Hartline played the most snaps, appearing in the lineup for 56 offensive plays, with Wallace right behind at 54 plays. Matthews took 43 offensive snaps.

Charles Clay started at tight end on Monday night, playing 42 snaps, while running back Lamar Miller started and played 43 snaps, or 73% of the offensive plays.

Obviously, tackle Martin did not play, as he is at home with his family in California following his departure from the franchise two weeks ago, followed by the player misconduct allegations that has Incognito currently suspended.