The Miami Dolphins got beat 38-17 by the New Orleans Saints on Monday night. Today, we take a look back at the Miami snap counts, starting with the defense. 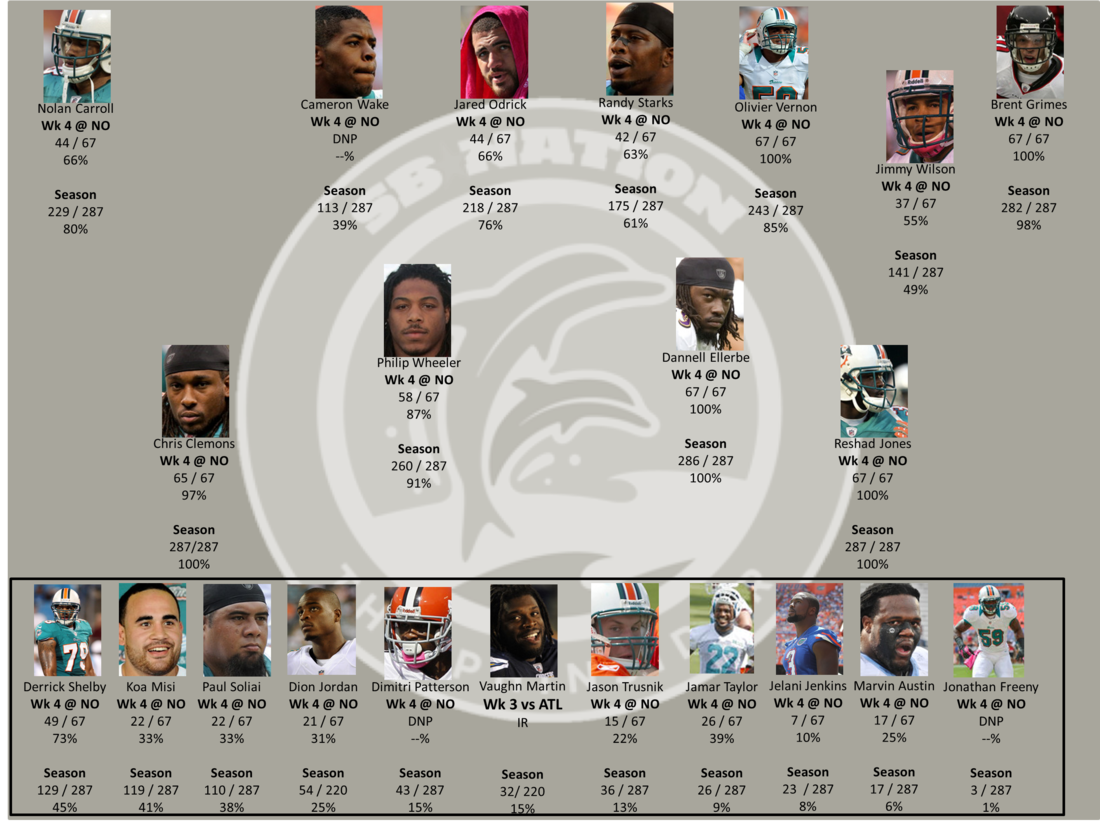 It was pointed out to me last night that I forgot to post the defensive snap counts from the Monday night game. While all of us would like to put the Miami Dolphins' 38-17 loss to the New Orleans Saints behind us, to keep up with the season totals, this does need to post.

Miami was on defense for 67 plays Monday. Five players were on the field for all of them: cornerback Brent Grimes, defensive end Olivier Vernon, linebacker Dannell Ellerbe, safety Chris Clemons, and safety Reshad Jones. Clemons and Jones have not missed a snap this season, while Ellerbe has only sat out one play and Grimes has missed just five. However, it's incredibly rare that a defensive lineman plays every snap during a game - and Vernon's 67 out of 67 snaps stat probably says more about how much Miami missed Cameron Wake, who sat out the game with a knee injury, than anything else.

The Dolphins rotated a lot more players in and out of the game with all the injuries the team has had, and they saw a lot of players take more snaps than usual. Derrick Shelby, who normally sits behind Wake on the depth chart, played 73% of the snaps, and it now up to 45% on the season, while Wake, having missed nearly two complete games now, is below 40%.

Cornerback Jamar Taylor made his NFL debut, filling in for Nolan Carroll when the veteran got hurt. Carroll played 44 snaps on the night, while Taylor appeared in 26. Jimmy Wilson played 37 snaps, serving as the nickel cornerback again.

Other than Vernon playing every snap, anything stand out to you about the defensive snap counts from this past week?