Yesterday, we took a look at the offensive snap counts for the Miami Dolphins from their loss to the New England Patriots. This morning, we complete the snap counts look with the defensive side of the ball. 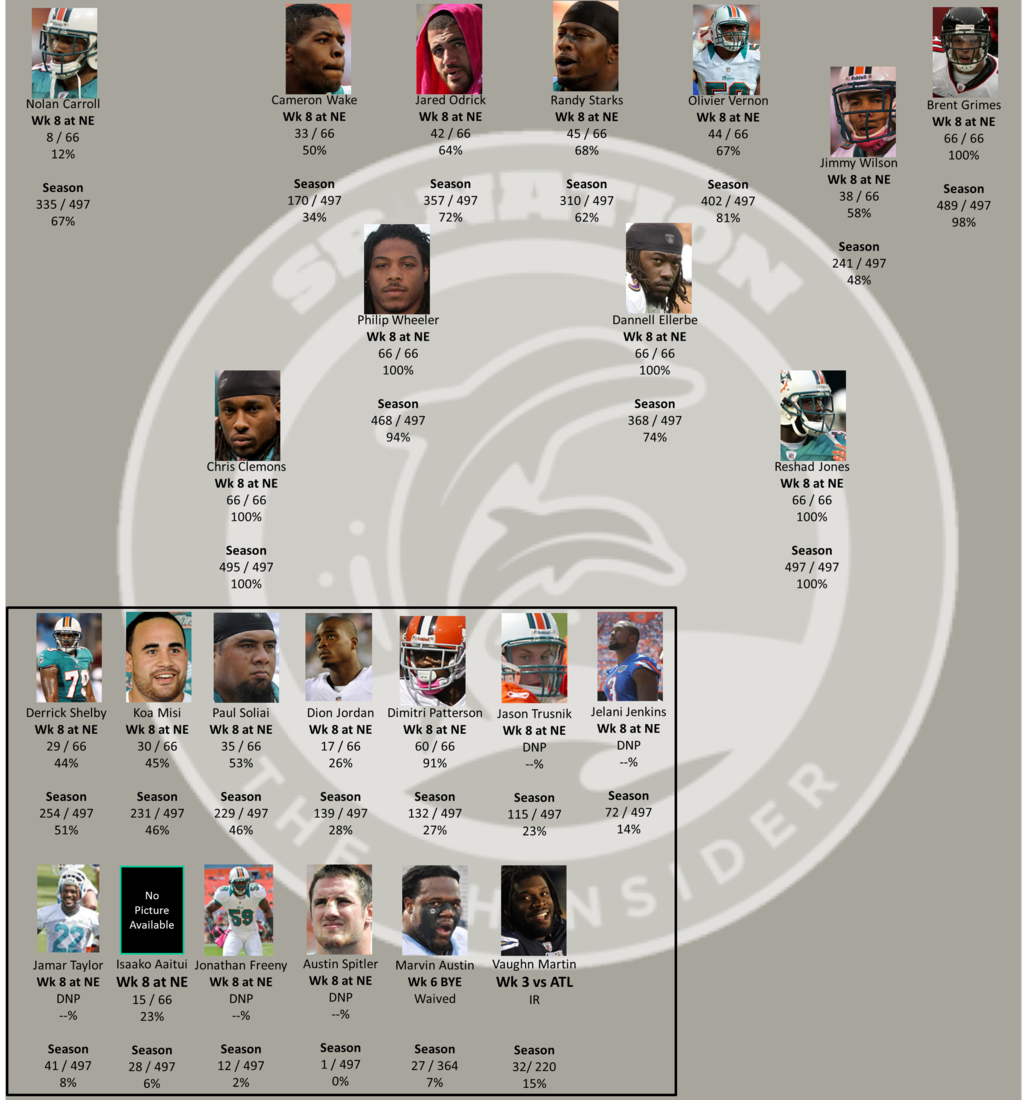 With the return of Dannell Ellerbe to the lineup, the Dolphins had five player take every snap, with Ellerbe and fellow linebacker Philip Wheeler, safeties Chris Clemons and Reshad Jones, and cornerback Brent Grimes all playing all 66 defensive snaps.

Alongside Grimes at the cornerback position, the Dolphin saw Dimitri Patterson return to the starting lineup and play 60 snaps. Jimmy Wilson added 38 snaps, while Nolan Carroll, who had been starting due to Patterson's injury, only took eight snaps.

At linebacker, Ellerbe and Wheeler were joined by Koa Misi on 30 snaps, playing 45% of the plays.