The Miami Dolphins got beat 38-17 by the New Orleans Saints on Monday night. Today, we take a look back at the Miami snap counts, starting with the offense. 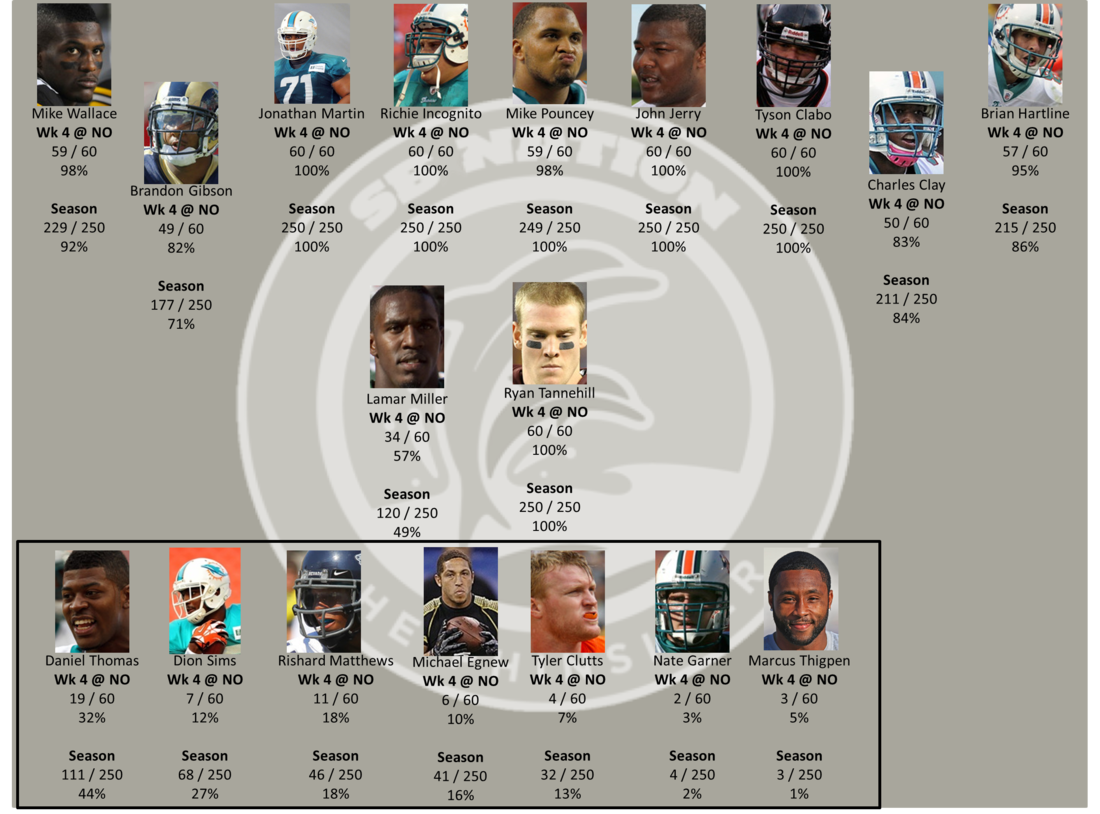 The Miami Dolphins ran 60 offensive plays Monday night against the New Orleans Saints in a game where the hosts simply decimated the visiting Dolphins. For the first time this season, the Miami offensive line did not play every snap as a unit, as Mike Pouncey missed one snap, with Nate Garner filling in for him.

Jonathan Martin, Richie Incognito, John Jerry, and Tyson Clabo played all 60 snaps, as did quarterback Ryan Tannehill. All five players have not missed a snap on the season.

This week was the first time we have seen a marked difference between Lamar Miller's snaps (34) and Daniel Thomas' (19). We also saw Marcus Thigpen take his first offensive snaps of the year.

At receiver, Mike Wallace missed one snap, while Brian Hartline was on the sideline for three. Brandon Gibson sat out 11 snaps, while Rishard Matthews played 11 snaps.

Charles Clay was right at his season average with 83% of the game's snaps played, while Dion Sims and Michael Egnew appeared on seven and six plays, respectively. Fullback Tyler Clutts, who was waived yesterday, was on the field for four snaps.