Bills vs Dolphins: Will bye week lead to change for Miami?

The Miami Dolphins are less than 24 hours from getting back on the field after they bye week. With the extra week to plan for the game, will Miami break out something new against the Buffalo Bills?

Share All sharing options for: Bills vs Dolphins: Will bye week lead to change for Miami?

By now, the storyline is starting to get old.  The Miami Dolphins are coming off their bye week, and there are a lot of things the team needs to have improved over the past two weeks.  The question is, as the team prepares to face the Buffalo Bills on Sunday, will the fans see those changes? 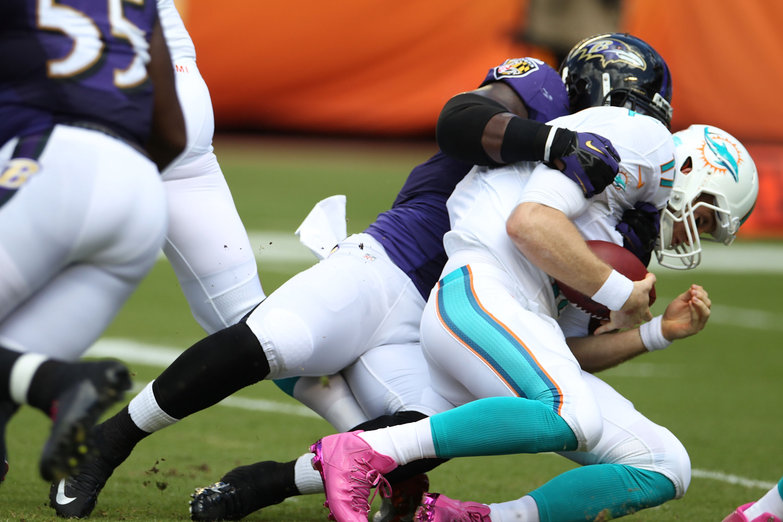 The Miami Dolphins are heading into their bye week with a lot of questions surround the team. They have to use the two weeks until they face the Buffalo Bills as a chance to find some answers.

1. Healthy Players - This is pretty straight forward, and the Dolphins appear to be well on their way to accomplishing this.  Cameron Wake, Dimitri Patterson, Brandon Gibson, and most of the rest of the Miami roster is listed as probable, or not on the injury report at all.  The team really does seem to be healthy and ready to attack the next 11 games.

Of course, no everyone is 100% yet.  Wake may be listed as probable, but he said yesterday, he was not sure he would be ready for Sunday.  Meanwhile, linebacker Dannell Ellerbe has stated all week his shoulder injury would not stop him from playing tomorrow, but he is listed as doubtful.  The Dolphins can definitely use their starting middle linebacker, especially against a team that runs the ball as often and as effectively as the Bills.

2. Pass protection fixes - This is absolutely the most talked about part of the Dolphins right now.  With 24 sacks allowed already this year, the team is on a pace to allow 77 sacks of Ryan Tannehill, which would set the NFL record for most sacks on the same quarterback in a single season.

The Dolphins did not change the players on the offensive line over the bye, so it's going to be up to Tyson Clabo, John Jerry, Mike Pouncey, Richie Incognito, and Jonathan Martin to execute better, Lamar Miller, Daniel Thomas, Charles Clay, Dion Sims, and Michael Egnew to help them more, Ryan Tannehill to step up in the pocket better and not hold the ball as long sometimes, and Joe Philbin and Mike Sherman to beter design the offensive schemes and play calling.

The Bills have the 22nd ranked passing yards per game defense and 28th ranked rushing yards per game defense, so they will give up yards, if the protection can allow Tannehill time to throw, but the one thing the Bills defense does better than anything is get to the quarterback. Buffalo has the third most sacks produced heading into Week 3 with 21 on the season.  Miami will have to prove they can stand up to the onslaught coming.

3. Turnover Battle - The Dolphins are a plus one on the season in terms of turnovers, but, after all the talk and work on turnovers this offseason, the coaches had to expect to be further above the even mark.  A big part of that may be the injuries to the defense, which goes back to the number one topic above.

Whatever the cause, the Dolphins are facing a quarterback who two weeks ago was on the practice squad.  They have to force some turnovers this week and get back into that habit. 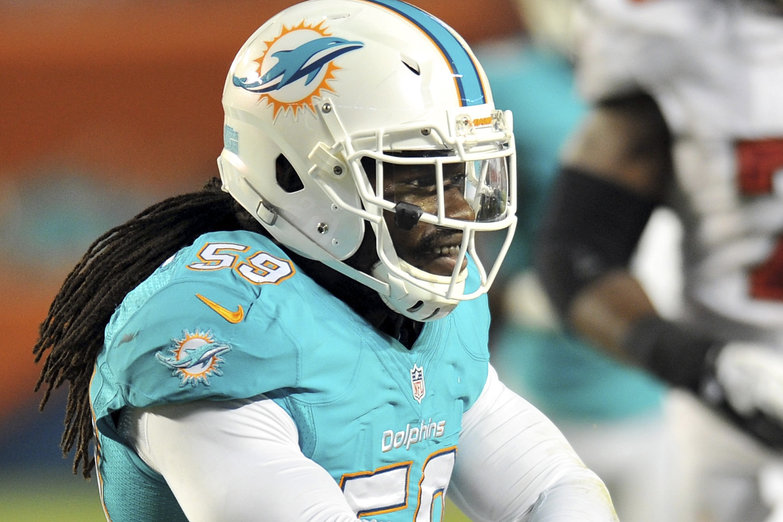 The Miami Dolphins host the Buffalo Bills in the NFL's Week 7 slate of games on Sunday. For the Dolphins, linebacker Dannell Ellerbe, who has missed practice all week, is doubtful for the game. Check out the full injury report.

4. Running game - After the pass protection issues, the abandonment of the running game has been the second most discussed issue these past couple of weeks.  Everything has been under consideration, from Lamar Miller to the offensive line to the play calling.  And, all of those need improvements.

The Dolphins ran the ball twice in the second half against the Baltimore Ravens back in Week 5.  If they were down the entire second half, maybe that would make sense to some degree.  But, for the majority of the third quarter, Miami was actually leading.  Yet, no running game.

Miller is averaging 4.2 yards per carry so far this year, and that's with a miserable 0.3 yards per carry average in the Week 1 win over the Cleveland Browns.  However, he only has 50 carries on the year, or 10 carries per game.  Daniel Thomas is averaging just 5.4 carries per game at this point, meaning the Dolphins are running the ball just over 15 times a game.  Miller should be getting close to 20 carries a game.  The play calling has to change.

Miller and the offensive line also have to improve, but unless the play calling allows them the chance to prove they can get better, it doesn't really matter.

5. Chemistry - Despite being told that "chemistry has nothing to do with it," chemistry absolutely has everything to do with it.  The offensive line needs chemistry - that's part of why the coaches are reticent to make changes to the players.  An offensive line has to know what each player next to them is doing, and they have to know who is picking up whom when the defensive line twists.  The five guys who have already been playing together through five regular season weeks have struggled with that.  Why would someone who is suddenly thrust into the line be better at that?

Chemistry is also important in the passing game.  Tannehill has to get his chemistry with the wide receivers, and specifically Mike Wallace.  Chemistry is what lets a quarterback just put the ball up there to allow a receiver to go get it.  Until Tannehill feels comfortable - "chemistry" - with Wallace, he won't just hang the ball deep and let Wallace run under it.  He hasn't had that kind of receiver, and it does take some time to develop that trust ("chemistry").

We shall see if the film work and practices over the past two weeks, and Tannehill's expressed interest in getting some of those deep balls to work, has allowed the deep game to open up some more.

According to a poll conducted here on the Phinsider, the majority of Dolphins fans expect the team to win seven or eight more games this year, putting their season total at 10 or 11.  Can they do it?  This week, and how the above five areas have changed over the bye week, will go a long way to reaching that goal.