Raiders at Dolphins: A Tale of Two Halves

Share All sharing options for: Raiders at Dolphins: A Tale of Two Halves

The Miami Dolphins dropped the hammer in the second half of the game against the Oakland Raiders yesterday, walking out with a 35-13 victory. While the first half saw both teams start slowly, with both teams on pace to break punting records, the Dolphins' 28 point explosion in the second half took care of any doubt about the outcome.

The scoring actually started with the Dolphins' first drive, as the team took the ball 80-yards in 5:41. The drive ended with a two-yard bootleg from rookie quarterback Ryan Tannehill, his first NFL touchdown.

The rest of the first half would feature all punts for Miami (five before the break), while the Raiders would score 10 points around their own four punts.

The second half started much like the first, with the Raiders punting on their first two possessions, with the Dolphins punting between the two Raiders drives. All three possessions were three-and-out. But, the Dolphins would break out on their next drive.

Miami started with the ball on the Raiders' 44-yard line after a 21-yard punt return by Marcus Thigpen. On first down, Tannehill found his new favorite target, wide receiver Brian Hartline, for 12-yards. After a three yard run by Reggie Bush, followed by a six-yard snag from Hartline, Tannehill handed the ball to Bush on 3rd-and-1. Bush found the endzone 23-yards later, putting the Dolphins up 14-10, a lead they would not relinquish.

After forcing another punt from the Raiders on the next drive, Miami would shorten the number ofplays needed to score from four to three. Bush ran on first down for two-yards, followed by Tannehill hitting Hartline for 13 yards. Then Bush broke a 65-yard touchdown run up the left side of the offense, on a play called by Tannehill and left tackle Jake Long. 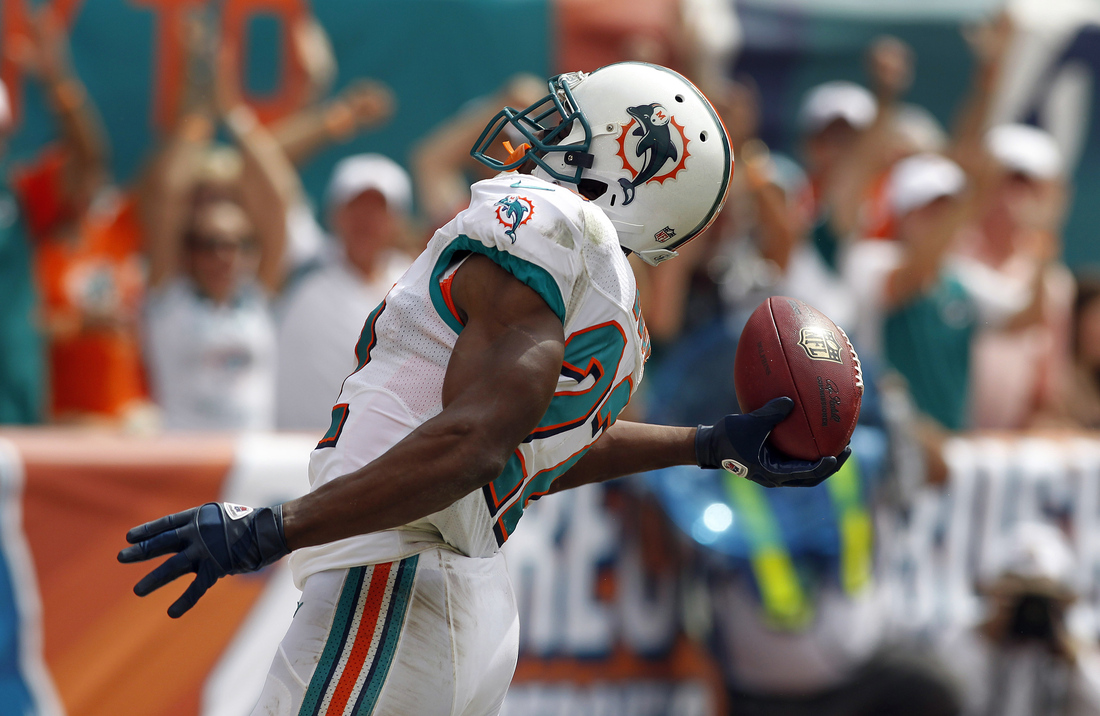 After a couple of traded punts, the Raiders were able to tack on a field goal at the start of the fourth quarter, to close the score to 21-13. But, that was as close as Oakland would get. The next drive would see the Dolphins take the ball 80-yards in just over three minutes, ending with a Tannehill 14-yard touchdown pass to tight end Anthony Fasano - Tannehill's first touchdown pass.

After another Oakland 3-and-out, the Dolphins would again drive down for a score. This time, Tannehill would direct a eight play, 69-yard drive, capped by a 15-yard touchdown from rookie Lamar Miller.

The Raiders would get the ball one more time, with Carson Palmer trying to direct a scoring drive before being intercepted by Reshad Jones to seal the game for Miami.

The game marked the first win for both Tannehill and rookie head coach Joe Philbin. 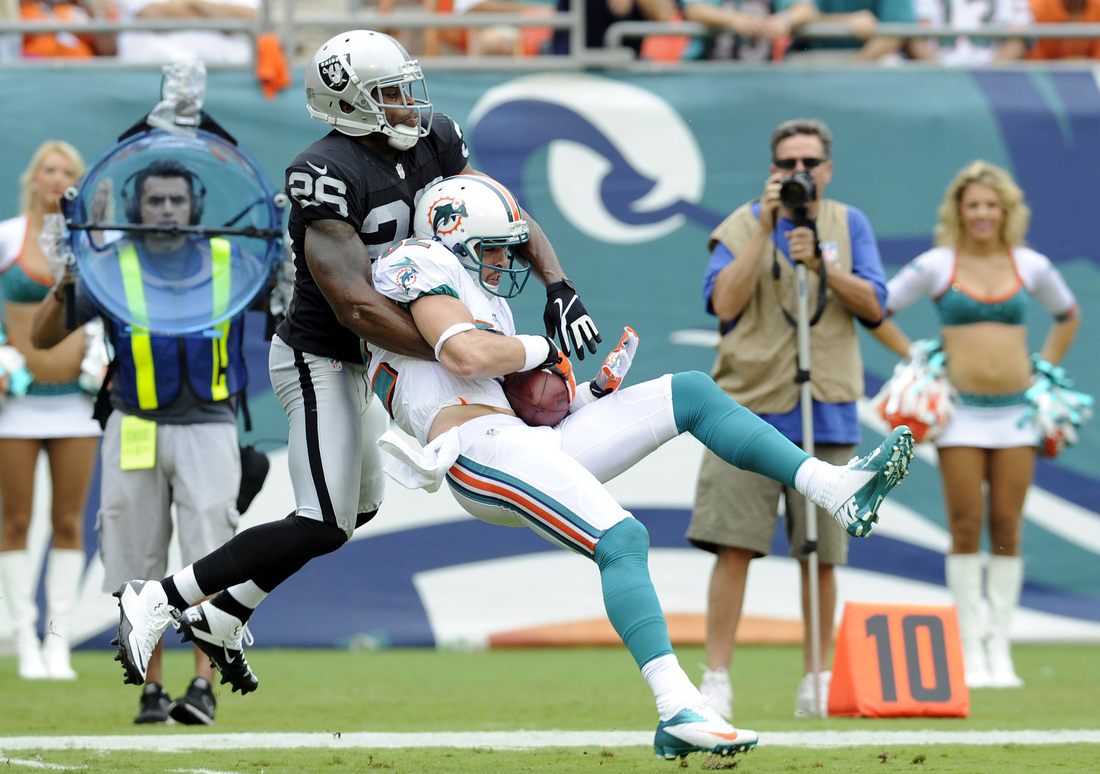 The Dolphins finished the game with 452 total yards, 263 of which were rushing. Bush carried the ball 26 times for 172 yards and two touchdowns, with Miller adding 65 yards on 10 carries and his own score. Hartline would tally career highs in receptions (9) and receiving yards (111), while Tannehill would finish the game 18-for-30, 200 yards, 1 touchdown, 91.0 passer rating, 3 rushes, 14 yards, and 1 touchdown.