Dolphins at Texans Reactions from the Stands

Share All sharing options for: Dolphins at Texans Reactions from the Stands

The Miami Dolphins lost in a miserable 30-10 fashion yesterday to the Houston Texans. There are plenty of things that need to be fixed by the Dolphins - but at the same time, at least from the stands, the game was not as bad as it seemed. I will admit, I have not watched the game from the TV coverage. There very easily could be things I did not see - and I am sure there are - but, from a first row seat on the 33-yard line, things were not as bleak as the score made it look.

Obviously, the biggest let down was rookie quarterback Ryan Tannehill's interceptions. Looking at the stat line, it really looked like Tannehill had no control and was just throwing the ball to Texans players left, right, and center. But, it really was not like that. The blame for the interceptions really falls on Tannehill locking on to a receiver too early, and the offensive line not being able to lock a defensive lineman down, keeping him from batting the ball.

On two of the deflections, I saw them coming from the stands. Tannehill has to change that. He has to look off defenders, and he has to make sure he is throwing the ball through a passing lane - not directly into a defender's arms. But, when Tannehill was able to make a throw, most of them looked good. He had some questionable decisions, but he's a rookie. He's supposed to have questionable decisions.

The important part is going to be if Tannehill can make corrections and get better.

I was really impressed with the defense. They still cannot cover a tight end, but the defensive line was able to do some things today. Randy Starks was a machine out there. Cameron Wake was getting close to Matt Schaub, but he was having to fight through double teams most of the day, and would get into the backfield a step or two too late.

Without having watched the game on TV, I'm not really sure how Karlos Dansby played throughout the game, but it did seem like Kevin Burnett and Koa Misi were having a strong game - minus the tight end coverage thing.

The biggest problem the defense had was the offense's turnovers. If I am correct, the Texans had three offensive drives with Miami having two offensive plays in that span. I'm pretty sure Tannehill threw an interception on a first down play right after getting the ball, the defense went out there on a short field and gave up a touchdown. Then, the first play after the kickoff was Daniel Thomas' fumble. With absolutely no chance to rest, the defense was done.

Speaking of which, I am fairly certain Thomas left the game with a concussion. He did not look good leaving the field. Did they say anything during the broadcast?

The defense sat on the bench right in front of my seat. Wake, Jared Odrick, and the rest of the defense were clearly upset about the fact that they could not stop the Texans during the final 6+ minutes of the first half - but I really don't know what they could have done.

I've read some of the reaction posts already - and I can't blame any of you for being frustrated. It was frustrating sitting there in the stadium trying to figure out what was happening. But, don't let one bad game end your season. The Dolphins faced one of, if not the, favorites for the AFC Championship this year. This Texans team is scary. And, until the turnovers wore out the defense, Miami was able to stay with them.

There were Houston fans around me discussing how they did not realize how strong a defense Miami has. That's a good thing.

The games get easier (at least for a little while - and on paper) after this. Let's see what happens with the team over the next few weeks before we give up hope.

I will watch the TV broadcast later today or tomorrow and see if any of my impressions change.

Now, to do my Ohio impression, I will add a few of my pictures from the game. You will see the sign that my son had, which picked up 13 different signatures after the game, but I purposely did not want to get the guys to pose for pictures for each one. Most of the players were heading straight to the bus, and we were the only autographs they signed, so I did not want to push the situation. 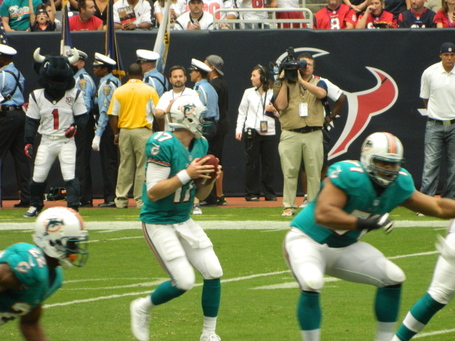 Tannehill dropping back for his first pass. 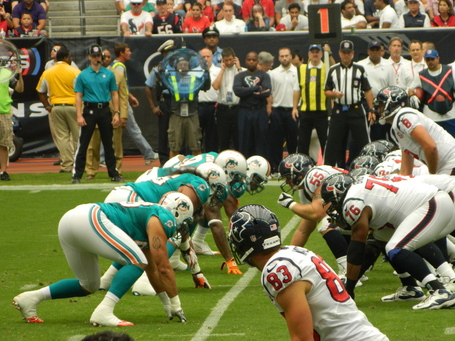 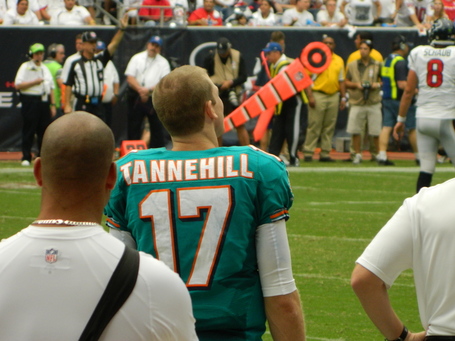 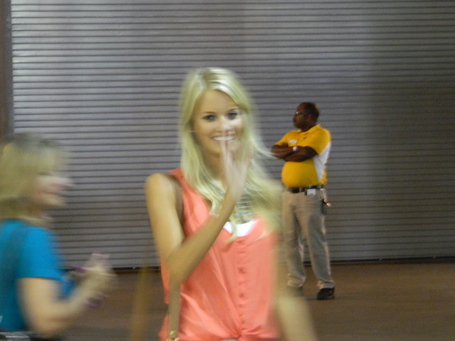 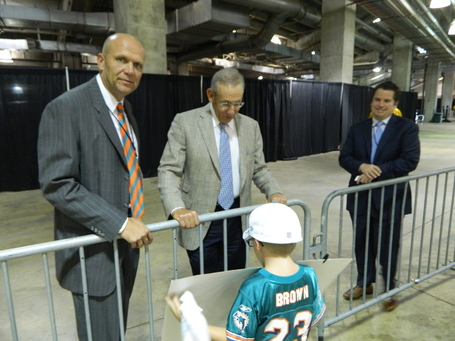 Mike Dee and Stephen Ross talking with my son. Ross signed the sign. How often does a man worth $3.1 billion talk with your child? 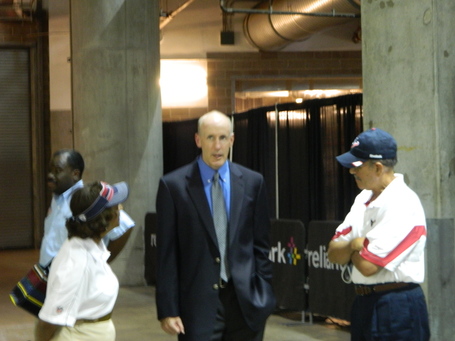 Coach Philbin came over and signed it. 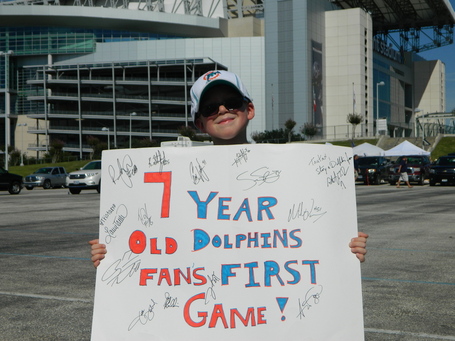