Share All sharing options for: Fantasy Football Tips from the Phintasy Wizard

Who dares disturb the wise one! Tis I, the Phintasy Wizard, the most powerful and wise fantasy football sorcerer in all the land. Now that you are here I have no choice but to share my knowledge of how to master your fantasy football league. Whether you are a fantasy newcomer or a seasoned vet, I will shed some light on a handful of VERY important fantasy tips to control total dominance of your league, and soon enough, others will bow (or Tebow) to you when you hoist the fantasy championship trophy!

1. Know your league INSIDE and OUT. I cannot stress this enough. Every league is different- scoring, roster spots, and bonuses (TD, yards, catches, etc.) will play a huge part in who to draft, and WHEN. For example, some leagues will be a points per reception (PPR) league where players get extra points per receptions. Guys like Wes Welker, Brandon Marshall, Davone Bess and a handful of tight ends see a significant stock boost in this type of league. Some leagues award QB bonuses for rushing TD's; if this is the case you would be wise to bump up players like Cam Newton, Mike Vick and Aaron Rodgers on your draft board. Some "DYNASTY" leagues focus on drafting one team for the extended future, so youth is more important than production in some cases. The possibilities are endless as a fantasy commissioner so if you want to get the most out of your league it would be wise to take the extra time to learn your league and play it's stregths to your advantage. 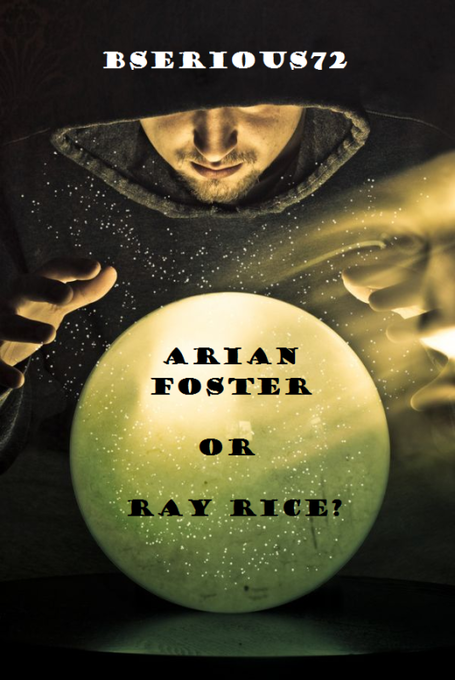 2. Handcuff one of your starting running backs if at all possible. We all know that injuries happen in the NFL and there really is no position like RB when it comes to your fantasy football squad. Having productive starters, and solid depth at the RB position will do wonders for your fantasy team. Ensure that you will have a starting RB on your team no matter what by drafting one of your top RB's back up. Even if he does sit on your bench all year, it means that your starter is hopefully producing, and it sure beats the alternative- watching your main guy go down with an injury and leaving you in the dark. A few solid handcuff options will be discussed in a few days.

3. Balance your roster. I like to make sure my team has a good balance in a few different ways. For example, if I draft a "big play" wide receiver, I like to also draft a conservative guy as well. For example, in one league I have Mike Wallace who can catch 80-yard TD's on the regular, but I also drafted Wes Welker, who can also have his big games, but most importantly, at the very worst, will put up a productive 6 catch, 85 yard game. Although big-play guys are good to have, there's nothing worse than a guy scoring 30 points one week and 2 the next; you need consistancy on your team or you'll lose too many "close" games, trust me. This is also a huge case for individual defensive player (IDP) leagues. I'd much rather have a guy who gets tackles than sacks: even though sacks are worth more, they are hit or miss. Guys like Karlos Dansby are probably better fantasy options than Cameron Wake. If you like a certain offense then it might be wise to pair a team's QB with WR, but don't get stuck putting all your eggs in one basket. Overall a good balance of different types of players will help minimize the risk your team will have.

4. Pay attention to the waiver wire. Every year you hear about that guy who explodes out of nowhere and ends up as a top fantasy producer. The owner who happens to be in the right place at the right time could be the one to take home the championship. Most of the time, these fantasy owners will replace a key injured player with a second tier guy who will happen to explode and never look back. I'm not advocating that you have to be "that guy" sho finishes the league with 150 add/drops and 35 trades [Editor's note: i HAVE been "that guy"] but the point is if you don't pay attention to your team you will not win your league. Period.

5. Go with your gut and pick the guys that YOU like. Despite what you might think, fantasy football IS supposed to be fun! Do your research, look at mock drafts, talk to your friends, whatever... but at the end of the day YOU are the one that needs to pick your team. Make a list of guys that you really think are going to break out this year. Sure, you won't get ALL of them in the draft, but if you end up with a few on your squad then that's all you can really ask for. Stay within your boundries, but don't listen to anyone who blasts you for "reaching" on a player. Speaking from experience, I remember a guy who drafted Adrian Peterson in his rookie year at pick #14. We all called him nuts at the time, but guess who ended up having the last laugh? Draft players you enjoy to root for, but don't draft only with your heart. As much as I love my team, you probably won't see more than 3 Miami players on it. Ever. Guys like Reggie Bush, Karlos Dansby, and even Ryan Tannehill (as a late round flyer) might be solid options, but if you are trying to win you will have to expand your horizons... especially considering Miami's offense is a bit, 'suspect'.

6. Draft a kicker last. Do not make me explain this one.

Well there you have it, a handful of tips for you to consider when starting your next fantasy league. If this is your first time drafting, take note of the 6 tips above and also make sure to keep an eye on player bye weeks, consider drafting the best player available when in doubt, and keep an eye when certain positions are going faster than others. Got any other tips? Feel free to add them below, they should be very helpful for the fantasy beginners out there. In the next day or two I will even provide a list of my fantasy studs, wildcards and sleepers for you to consider.