For almost a year now, the Miami Dolphins have been working with the NFL for a new logo. Over the last week, the internet has been abuzz with a possible rendition of the new logo leaked. While some fans like the direction of the new logo, others clearly hate. Today, we ask you to submit your logo possibilities.

Over the past week, a possible logo leaked. While there is no guarantee that the "leaked" logo is even one the Dolphins considered, let alone are close to using, there is support for the possibility. 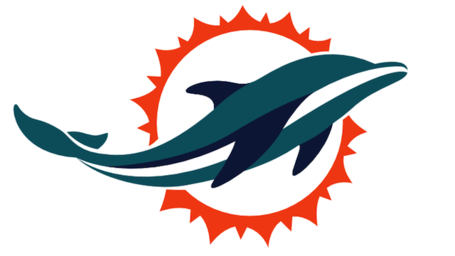 The reaction for the logo has been mixed at best. Some people really like the direction of the logo. Some people want to see minor changes to it. Some people loathe everything about it.

Which brings us to today's post. What do you want to see? The Dolphins are going to change logos next year, so saying "Stay with the current logo" doesn't help. Show us what you think would be a better logo.

And, the one rule is, don't go get something from the internet to show everyone your Google skills. We want to see what you can submit - not what someone else made and you are posting.

As people post their renditions, "rec" the ones you like. We will take the top choices and create a poll out of them to see what we as a community can come up with.

Good luck, and get to creating.