The Miami Dolphins officially split the season series with the Buffalo Bills following a 24-10 win in Sun Life Stadium. The Miami defense was able to hold the Bills out of the end zone until the fourth quarter, and an interception by Reshad Jones ended any chance for a Buffalo comeback.

The Dolphins were on defense for 67 snaps Sunday. Here's the breakdown, by position group:

Thoughts: Vernon played 63% of the snaps this week the most snaps of anyone not named Jared Odrick or Cameron Wake. It's good to see the team start getting Vernon into the game more often, something we will likely see next year. Part of why Vernon played as much was the scoreline, which meant the Bills were throwing more often trying to come back against the Dolphins, which, with no threat of a running game, is why Randy Starks and Paul Soliai were both below their season average. 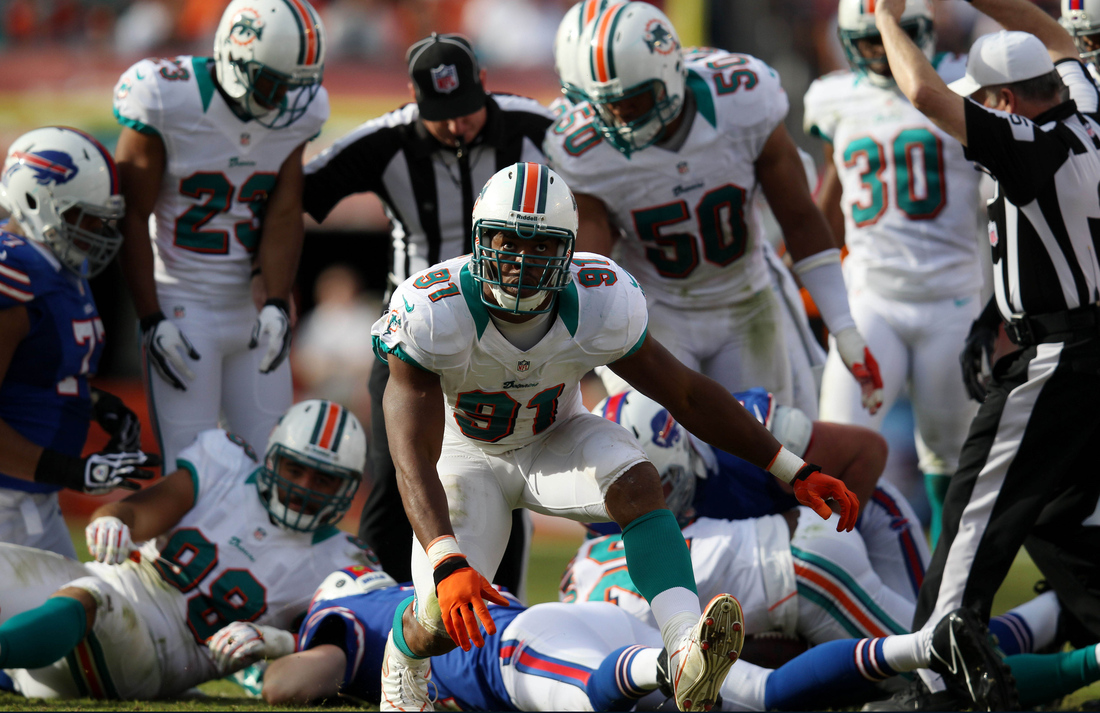 Thoughts: Koa Misi was inactive for the second straight game, due to injury. It's a little surprising how few snaps Jason Trusnik played this week, but, like Starks and Soliai seeing their snaps come down on the defensive line, Trusnik may have just been the victim of the Bills having to pass the ball, and the Dolphins getting extra defensive backs into the game. 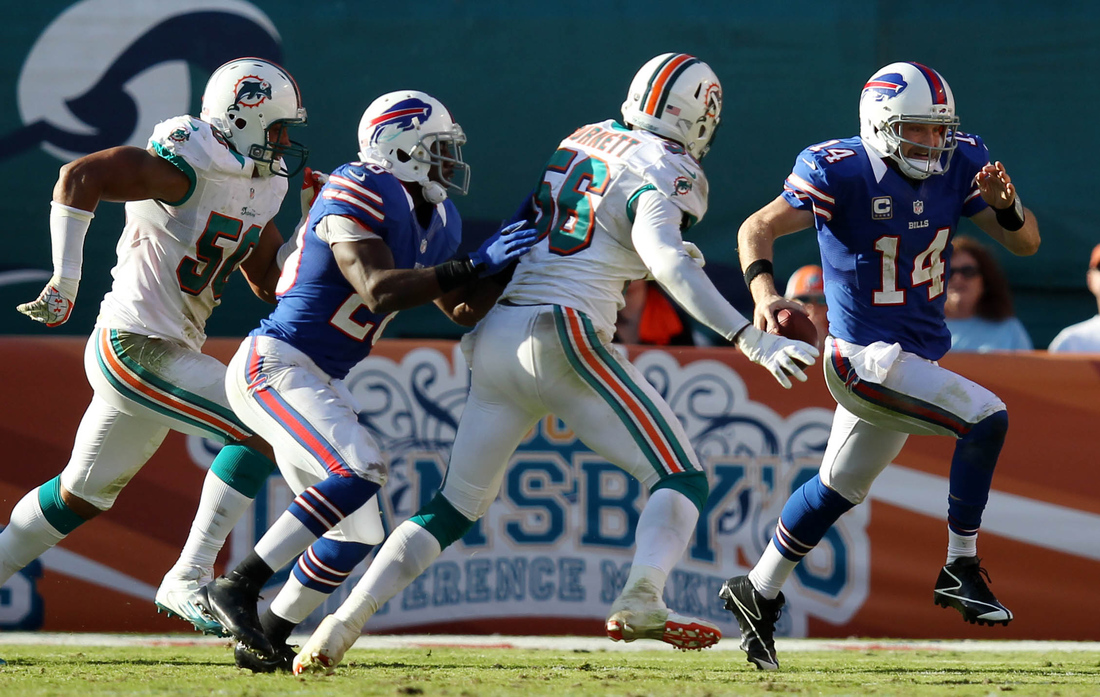 Thoughts: The Dolphins cornebacks saw a starter injured for the second straight week. Nolan Carroll missed the game after last week's knee injury, and Sean Smith missed most of the game this week with a knee injury. Interesting that Dimitri Patterson not only started the game, just six days after being claimed off of waivers by the Dolphins, but that he played every single snap. With the Patriots game this week, the Dolphins will really need to get Carroll and Smith back on the field if they want to slow the New England passing game. 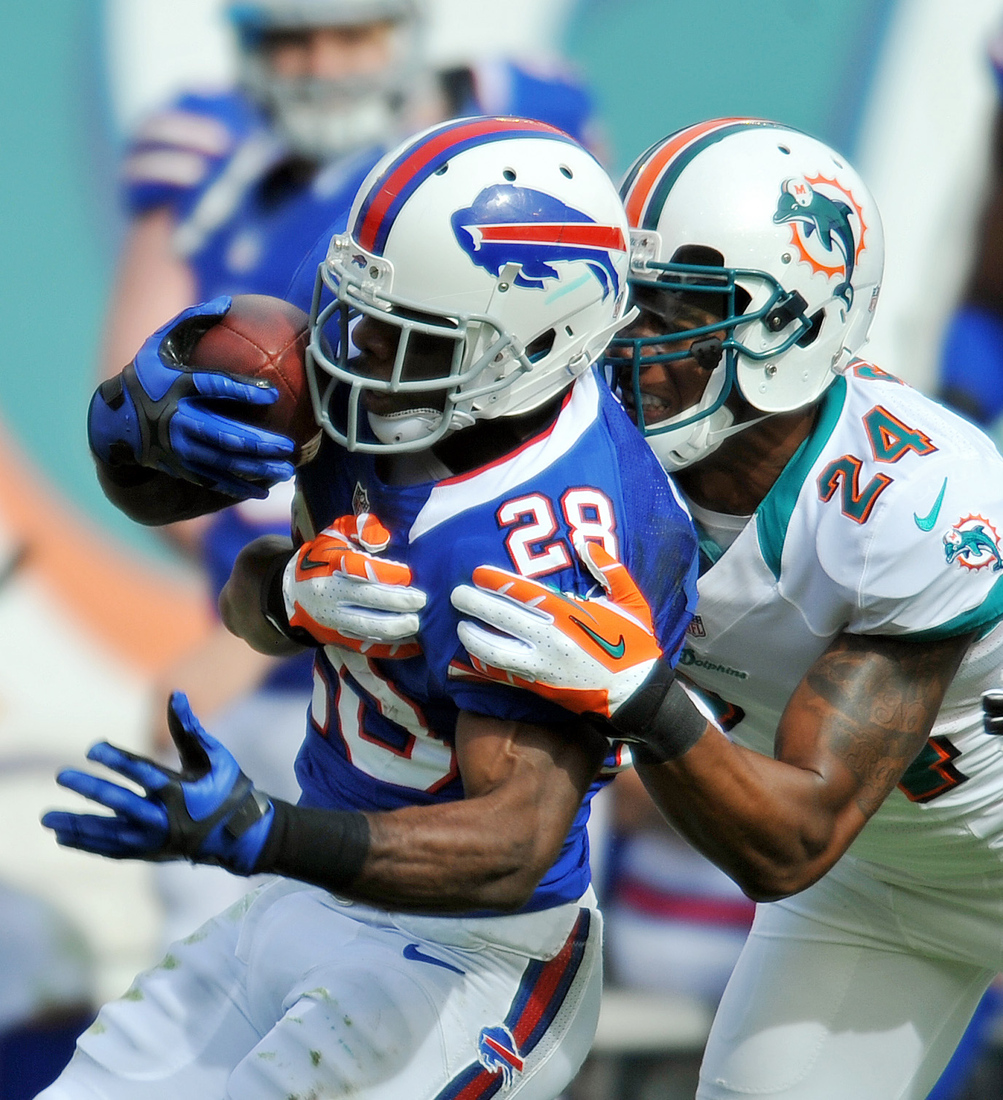 Thoughts: Once Smith was out of the game, I would have expected to see Tyrone Culver get some snaps as Jimmy Wilson focused more on cornerback than playing a dime type safety, but that did not happen. Wilson played cornerback, but he also floated as a safety at time, while Culver stayed on the bench. 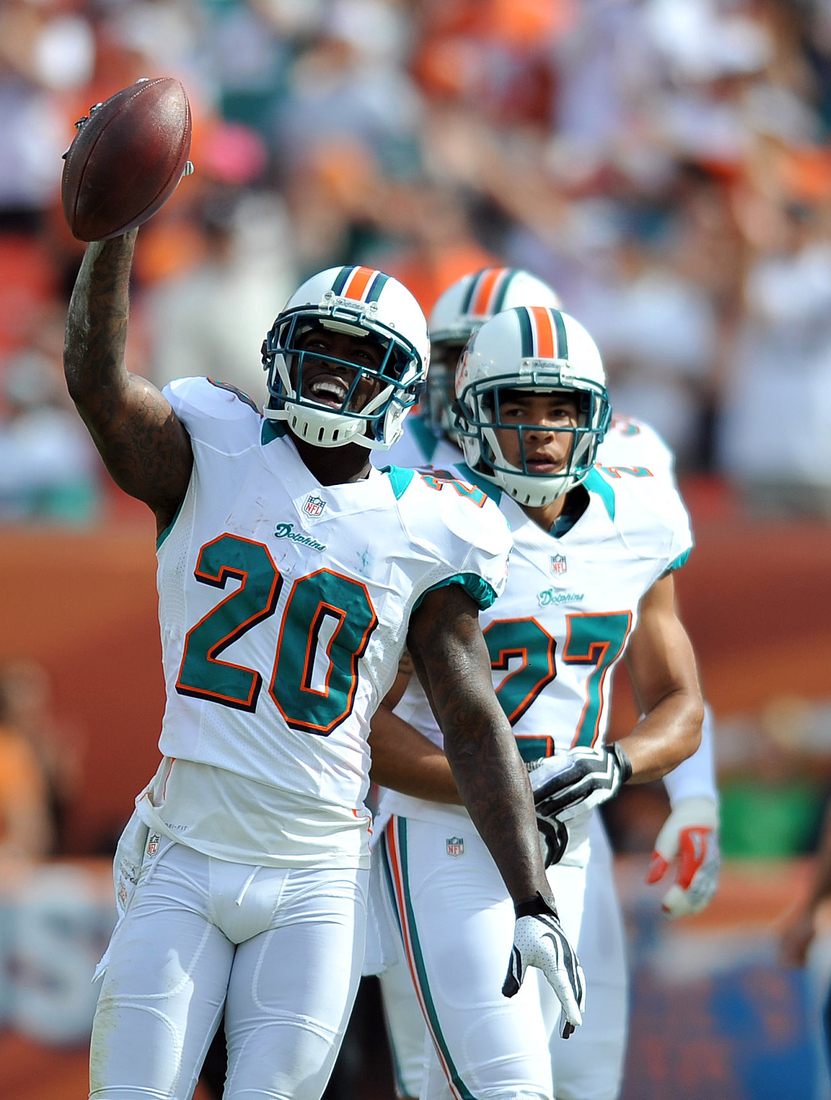