The Miami Dolphins beat the Buffalo Bills yesterday, evening the season series and bringing the Dolphins' 2012 win total past the 2011 number. Here are the snap counts for the Dolphins' offense yesterday.

The Miami Dolphins leveled the season home-and-home series with the Buffalo Bills yesterday, winning in Sun Life Stadium 24-10. The Dolphins offense was able to move the ball fairly easily against the Bills for most of the game, and the defense was able to keep the Bills out of the end zone until the fourth quarter,.

Miami ran 64 offensive plays this week. Here is the break down of the Miami offense, by position groups:

Thoughts: Nothing surprising with the line play. Will Yeatman made his debut on one snap, but otherwise, the five starters were the five linemen for all the snaps. 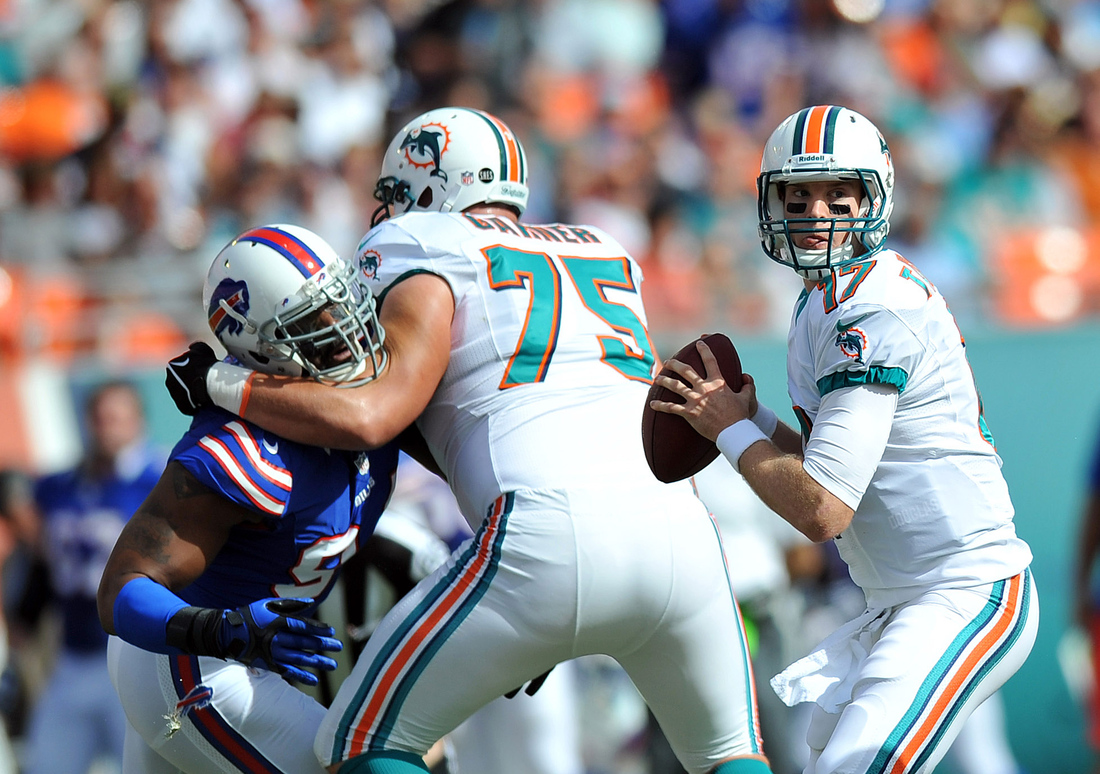 Thoughts: Davone Bess missed his second straight game, meaning Rishard Matthews and Armon Binns picked up more snaps. Binns is picking up a surprising number of snaps given how recently he joined the team. Marlon Moore stayed at almost his season percentage 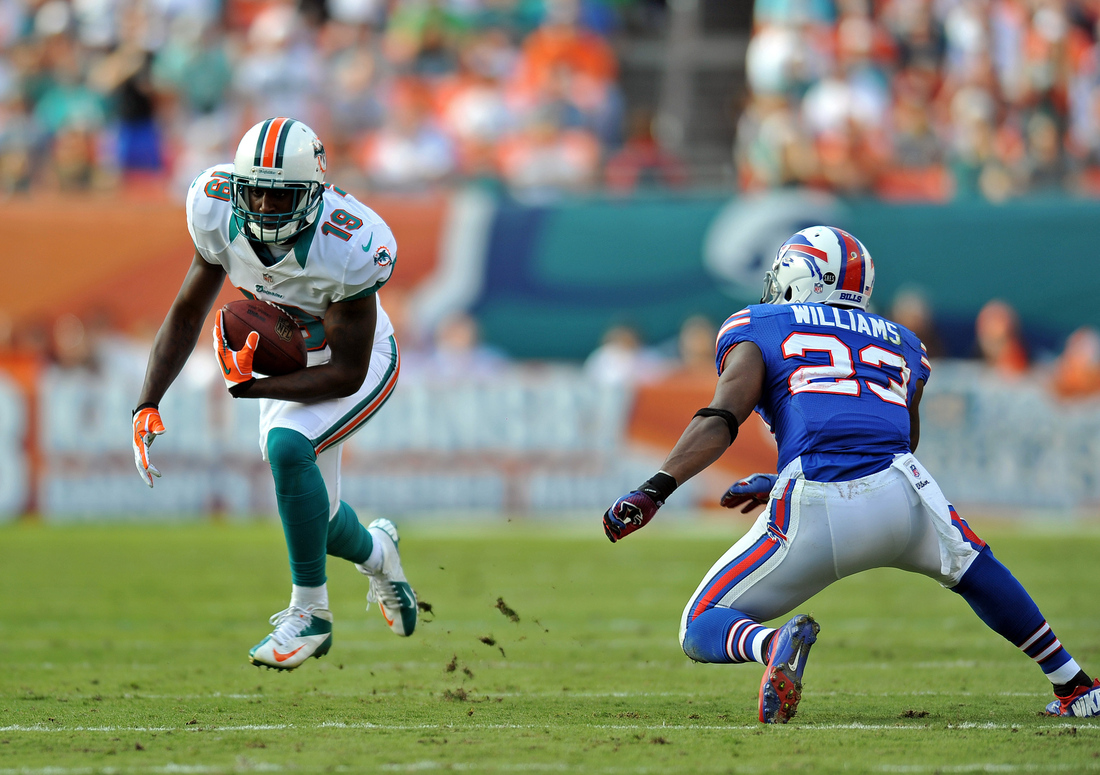 Thoughts: Charles Clay was one of the three players to be placed on injured reserve this past week, leading to playing time for Michael Egnew. The rookie tight end was not targeted in his debut performance, but at least he was finally activated. 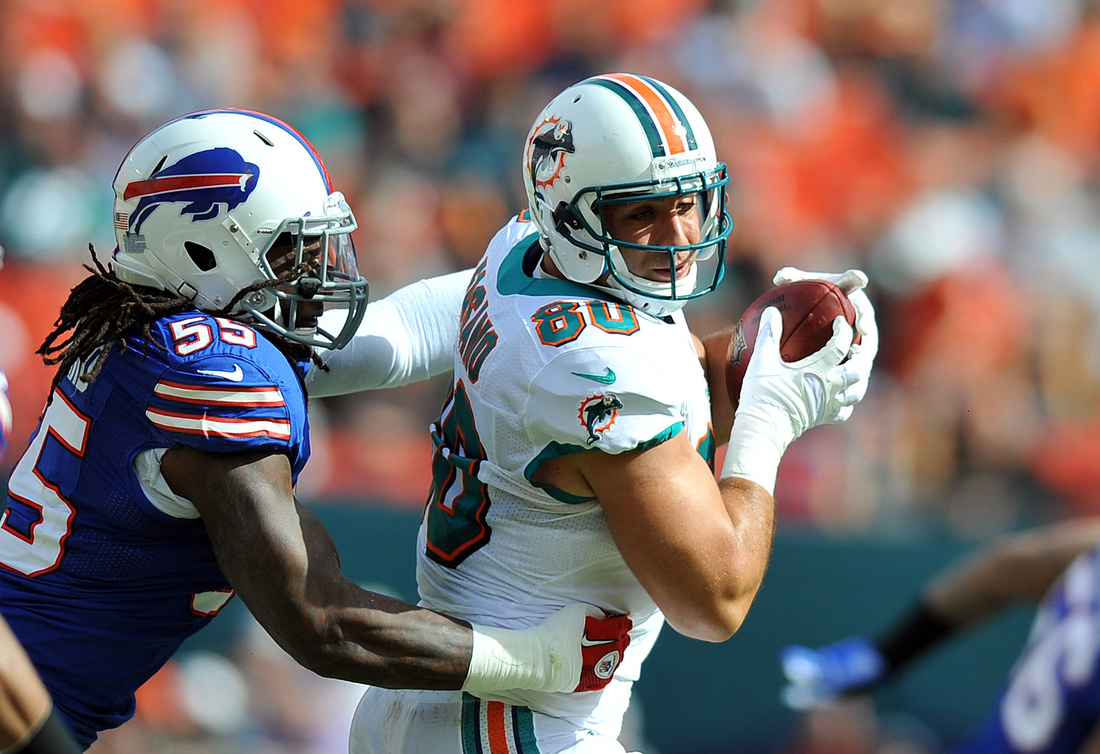 Thoughts: Lamar Miller picked up extra snaps this week with Daniel Thomas the second of the three IR additions for Miami, with Miller running for 73 yards on 10 carries. Miller and Reggie Bush saw the field together at times, and Bush scored three touchdowns on the day, two receiving and one rushing. A little surprising that Thigpen did not get any playing time at wide receiver this week, after playing as the slot receiver last week, and playing it fairly well. 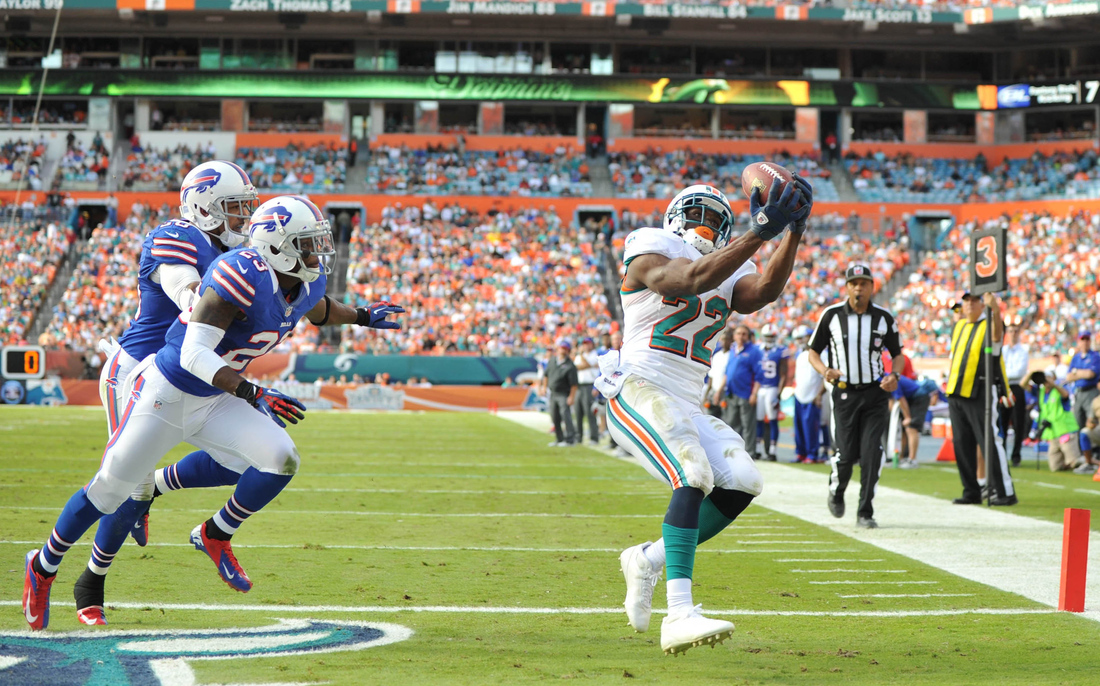 Thoughts: Tannehill evened his TD to INT ratio at 12:12 with his two touchdown passes to Reggie Bush during the game. He also surpassed 3,000 yards passing on the season, the fifth Dolphins quarterback to reach that mark. 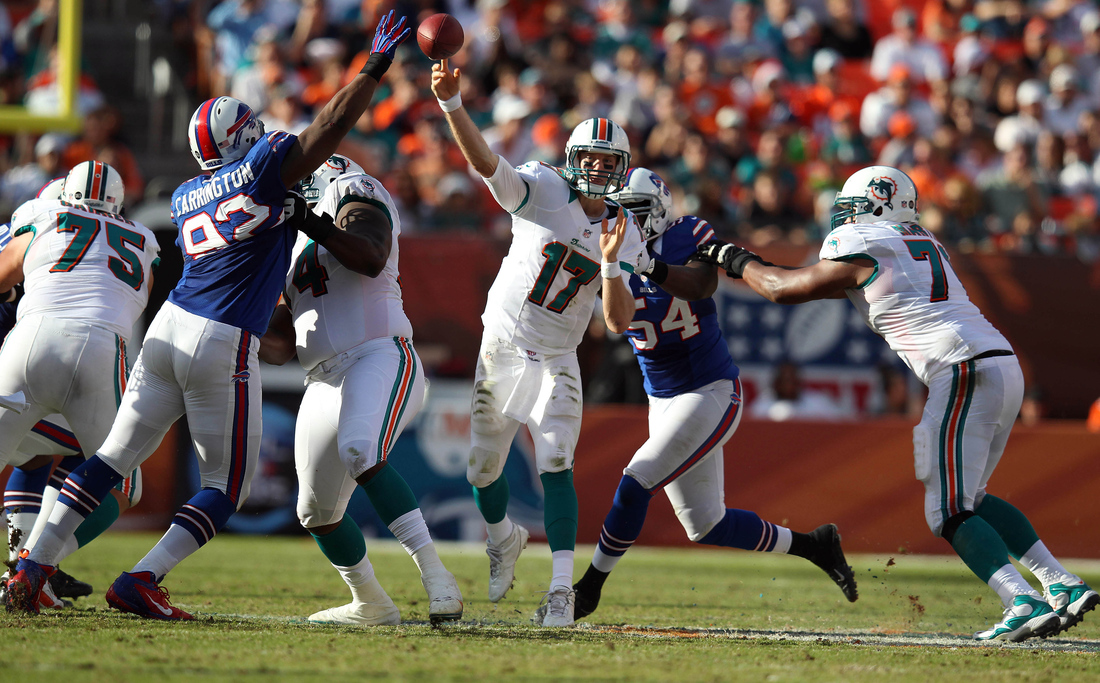