The Miami Dolphins beat the Jacksonville Jagaurs 24-3 yesterday, ending a two game losing streak. The Dolphins put together a solid game, and were impressive in the second half. Today, we take a look at the offensive snaps for all of the team.

The Miami Dolphins put together a full 60 minutes yesterday, beating the Jacksonville Jaguars 24-3. The team's offense looked sharp, especially in the second half, as rookie quarterback Ryan Tannehill was able to move the team at will. Running back Reggie Bush topped the 100 yards rushing mark for just the second time this season, while receiver Brian Hartline reached the 1,000 yards receiving mark for the year.

Miami ran 71 offensive plays this week. Here is the break down of the Miami offense, by position groups:

Thoughts: The Dolphins were bitten by the injury bug on Sunday, with multiple players being shaken up, or even having to leave the game, at various times. The first of those in our snap counts was guard John Jerry, who missed one play, replaced by Josh Samuda. Otherwise, nothing surprising on the offensive line this week.

Thoughts: For the first time in his NFL career, Davone Bess missed a game. As the Dolphins looked to replace him, Brian Hartline ended up missing some snaps due to an injury as well, though he returned to the game. Maybe the biggest surprise was how many snaps Armon Binns took this week, given he was claimed off waivers just days before the game. It took Jabar Gaffney four weeks to make his Dolphins debut. It took Binns just six days. 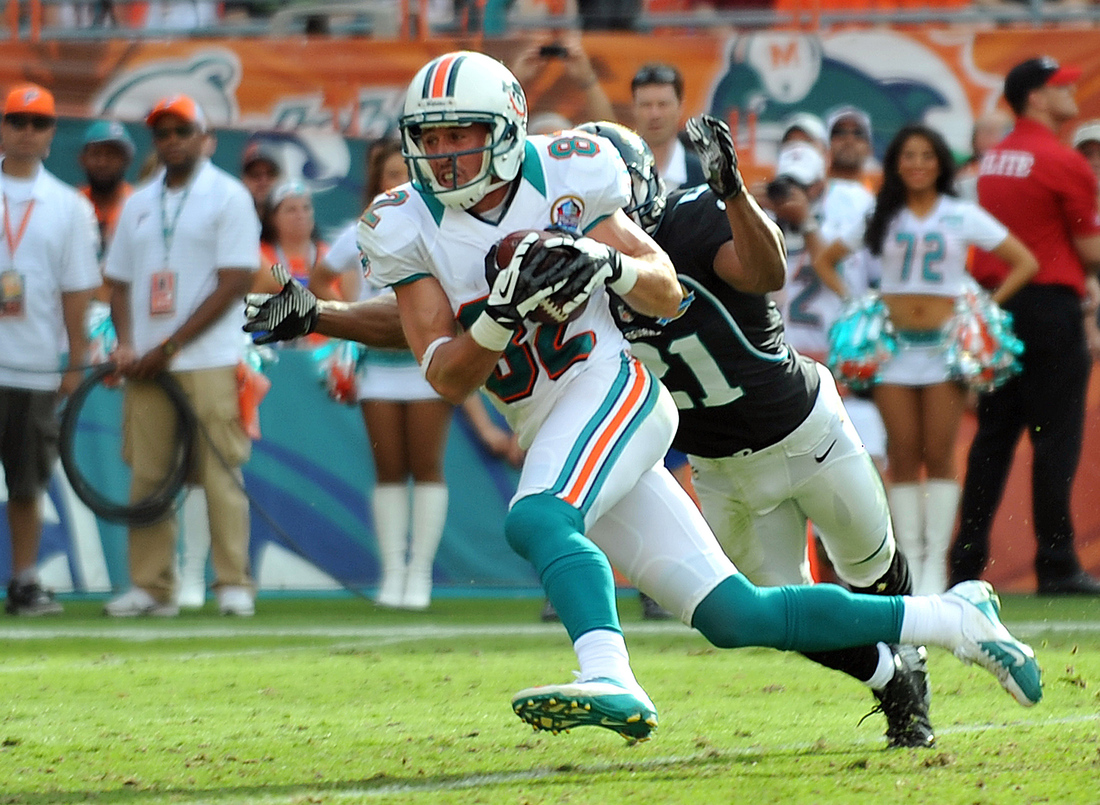 Thoughts: Charles Clay continues our streak of positions where an injury occurred. Unfortunately, Clay was unable to return to the game, which explains the jump in Mastrud's snap count this week. 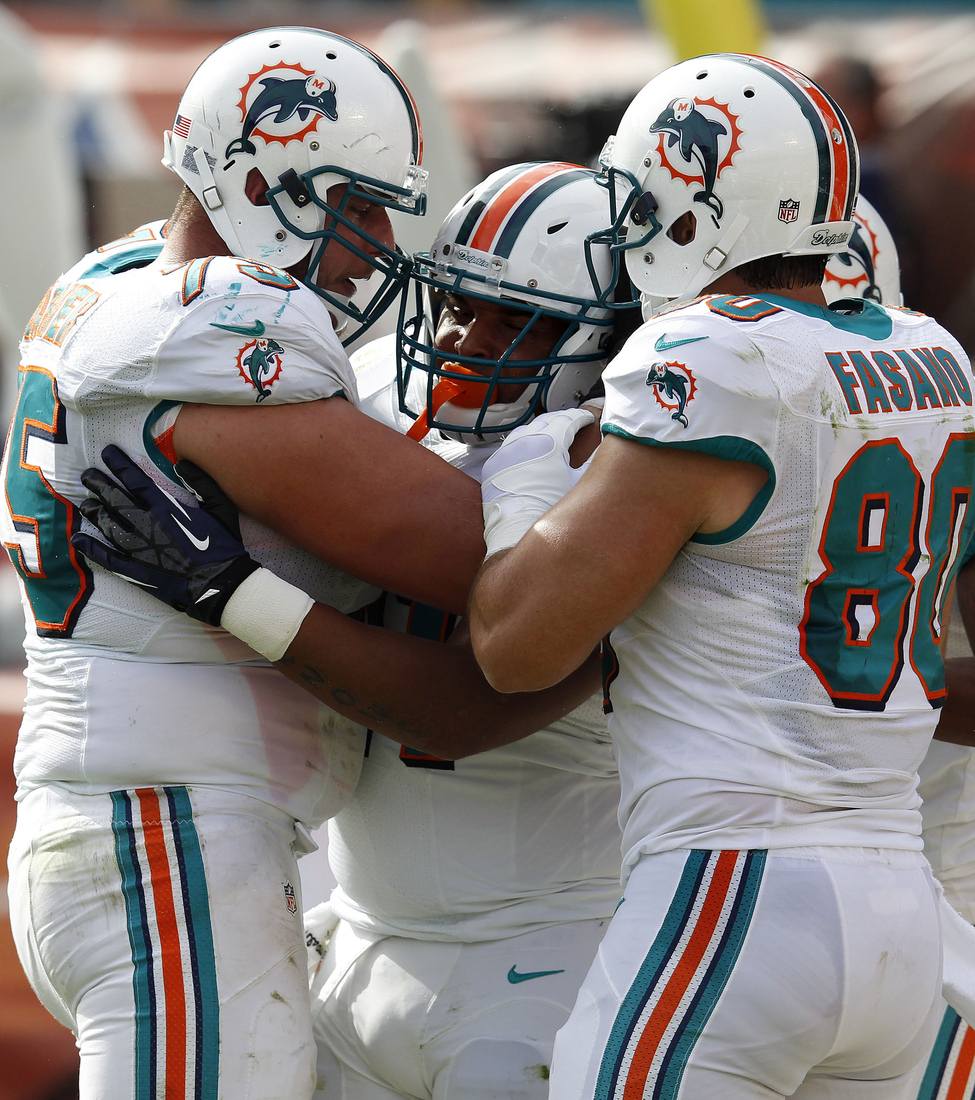 Thoughts: Lane saw a small increase in his snap counts, probably due to Clay missing time. 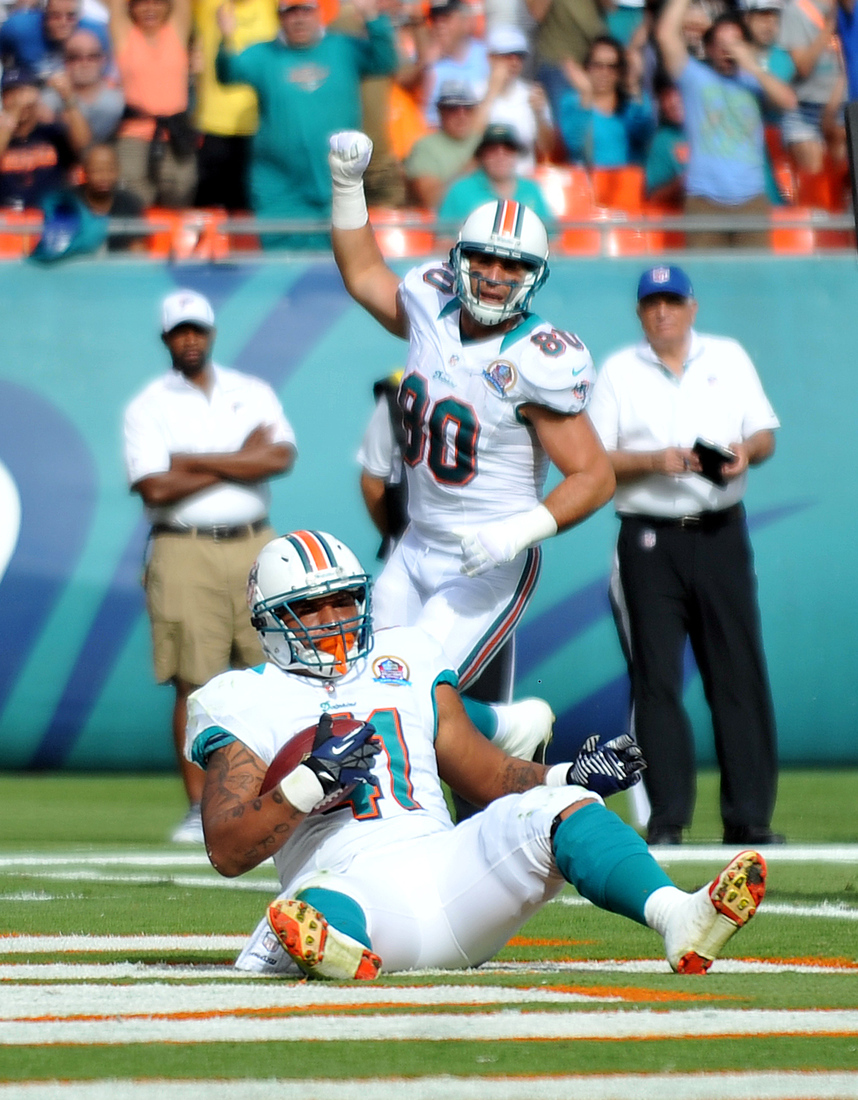 Thoughts: Daniel Thomas left the game with a knee injury, with Reggie Bush picking up most of his snaps. Punt returner/running back Marcus Thigpen spent most of the game lining up as a slot wide receiver, and he did well at the position, given it was his wide receiver debut. Miller saw additional snaps this week with Thomas sidelined. 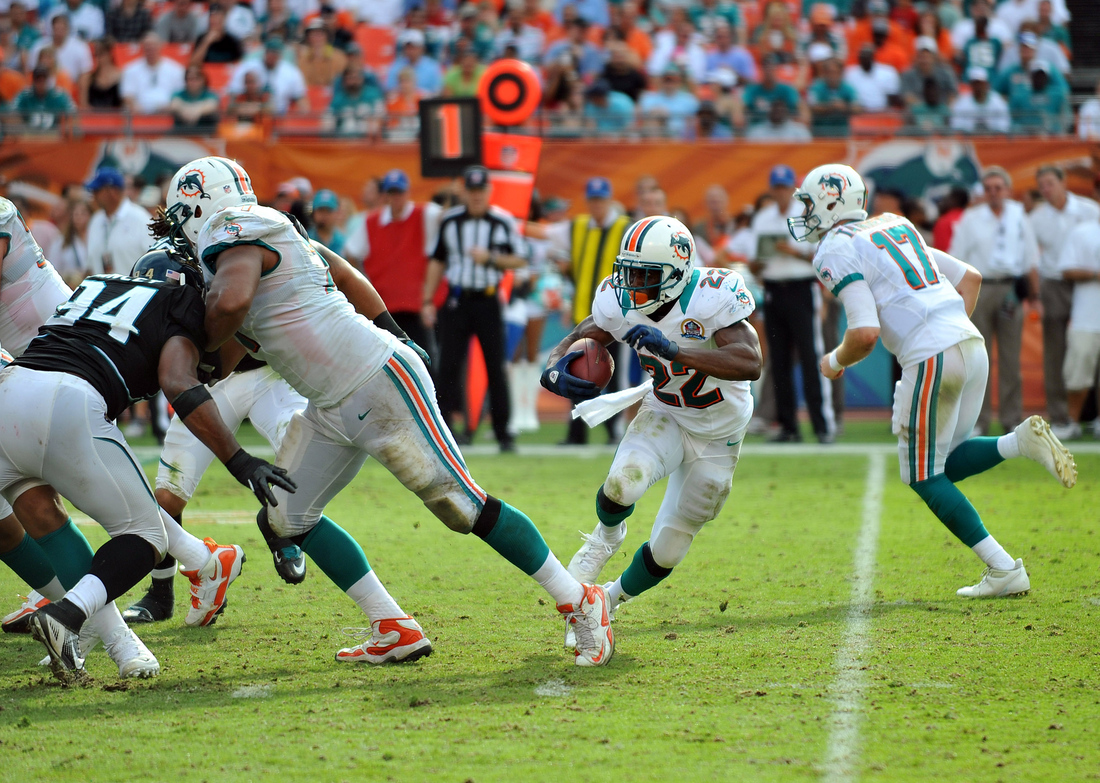 Thoughts: A great performance from rookie quarterback Ryan Tannehill this week. He set career highs in rushing yards, carries, and passer rating. He had his second multiple touchdown pass game of his career, and threw for 220 yards. Another step forward in the rookie's development. 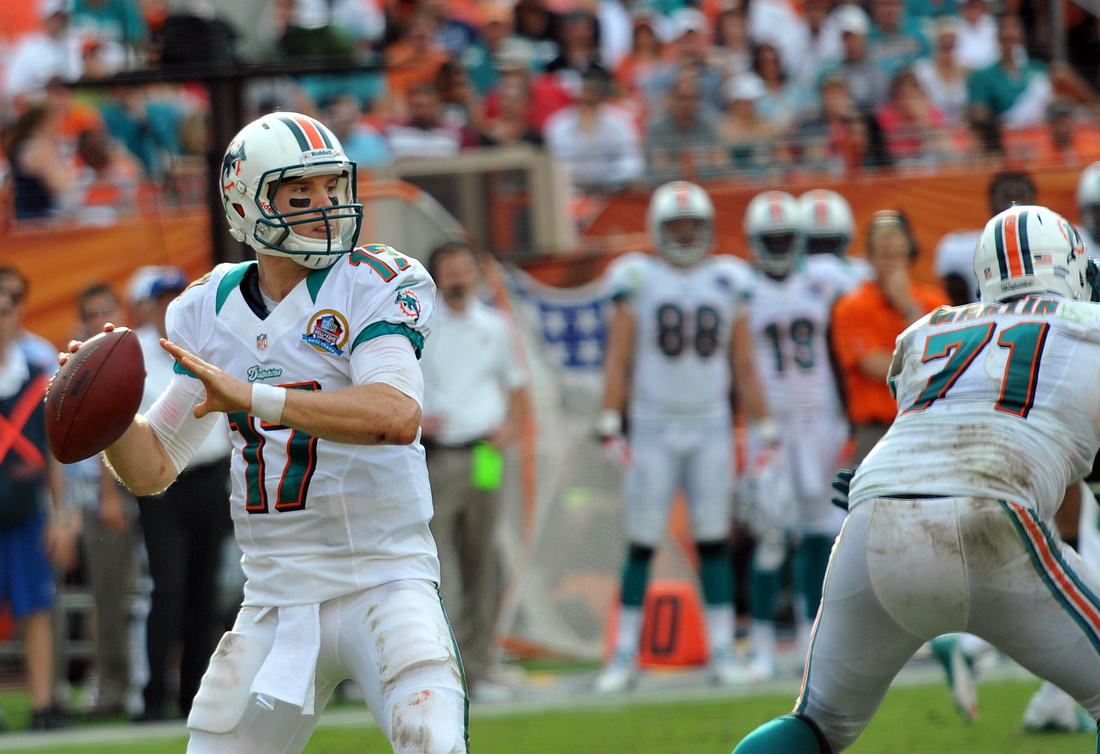