The Miami Dolphins dropped their second straight game this past Sunday, losing 27-13 to the San Francisco 49ers. Here is a look at the offensive snap counts for the Dolphins.

The Miami Dolphins continue to see mistakes kill any chance they have at winning football games, this week dropping the contest against the San Francisco 49ers. The Dolphins hung tough with the 49ers early in the game, but allowed 21 second half points, and just did not have the firepower to respond.

Miami ran 61 offensive plays this week. Here is the break down of the Miami offense, by position groups:

Thoughts: The starting five linemen all played every snap, with Martin at left tackle to replace Long, while Garner took Martin's right tackle position. People are going to remember the plays where Martin got beat, saying that he was over-matched at left tackle. But, when you really consider that he was only beaten for two sack, by the NFL leader who is chasing the single season sack record, is two sacks really a bad day? Overall, the offensive line played well enough, not great, but well enough. 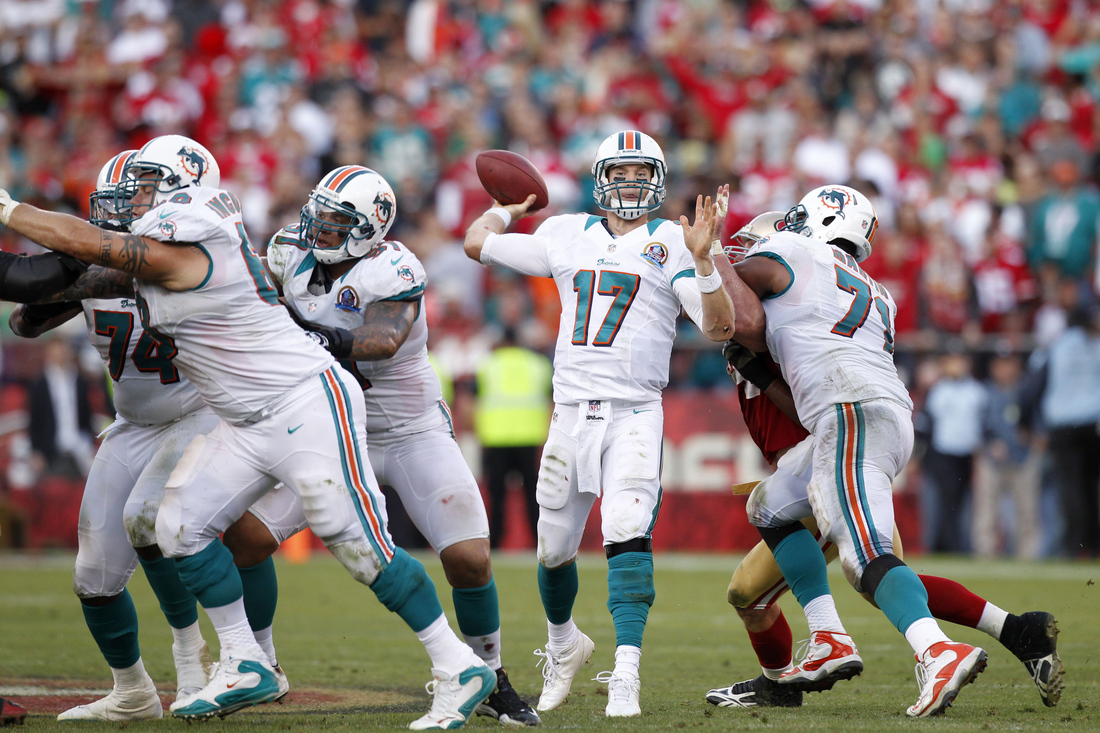 Thoughts: Nothing overly surprising. Moore got more snaps than usual, but the team was also having to throw the ball a lot in the second half trying to play catch up. 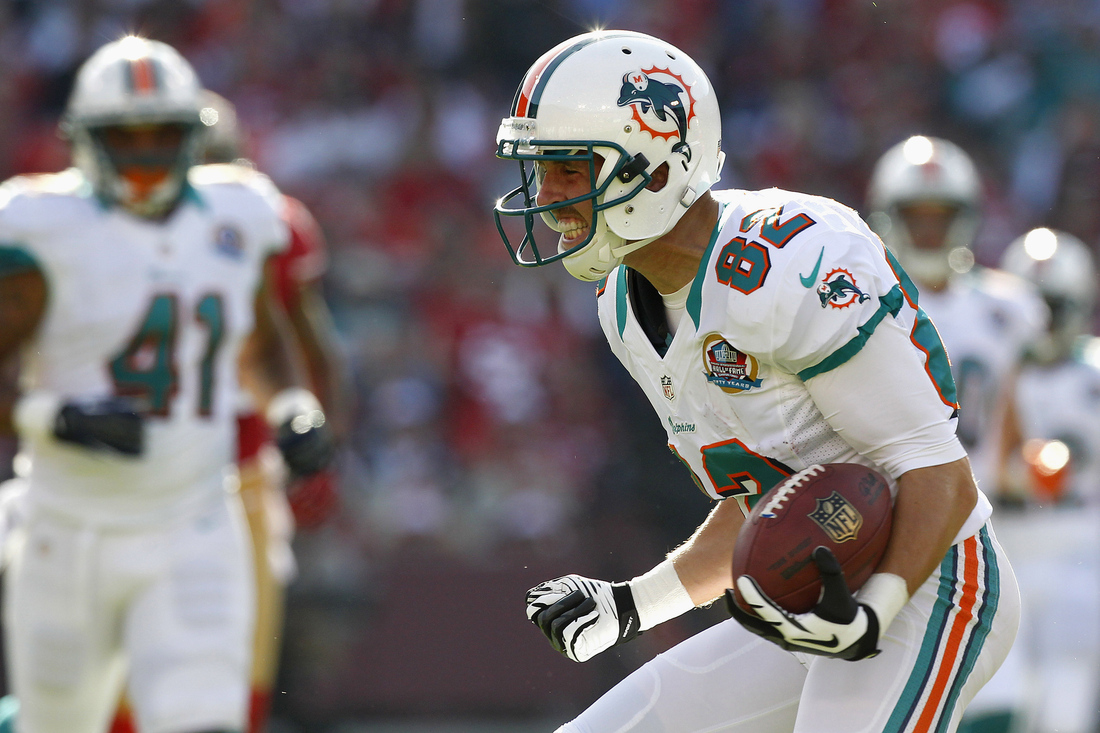 Thoughts: Over the past few weeks, Clay has seen his snap numbers continuing to climb. Yesterday, they went down to nearly half of what he say against the Patriots. With Moore seeing his numbers go up as the team looked to spread the ball around and makeup the points they were allowing the 49ers, it's not overly surprising that Clay saw his numbers slip. 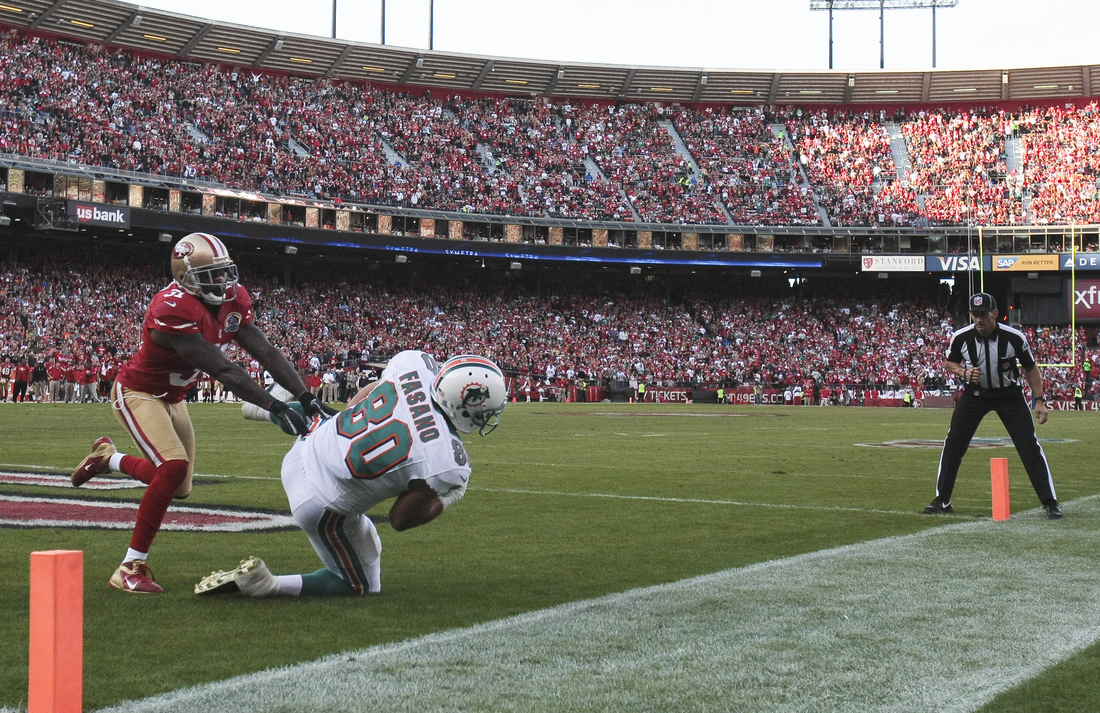 Thoughts: Lane took the exact same number of snaps (percentage wise) as he did against the Patriots. Nothing surprising there.

Thoughts: Surprised by how little Thomas was used in this game. Good to see Miller get some snaps, including some snaps with Bush on the field at the same time. It looks like Mike Sherman is trying some things - a little late in the season, and he's not sticking with it for the entire game yet. 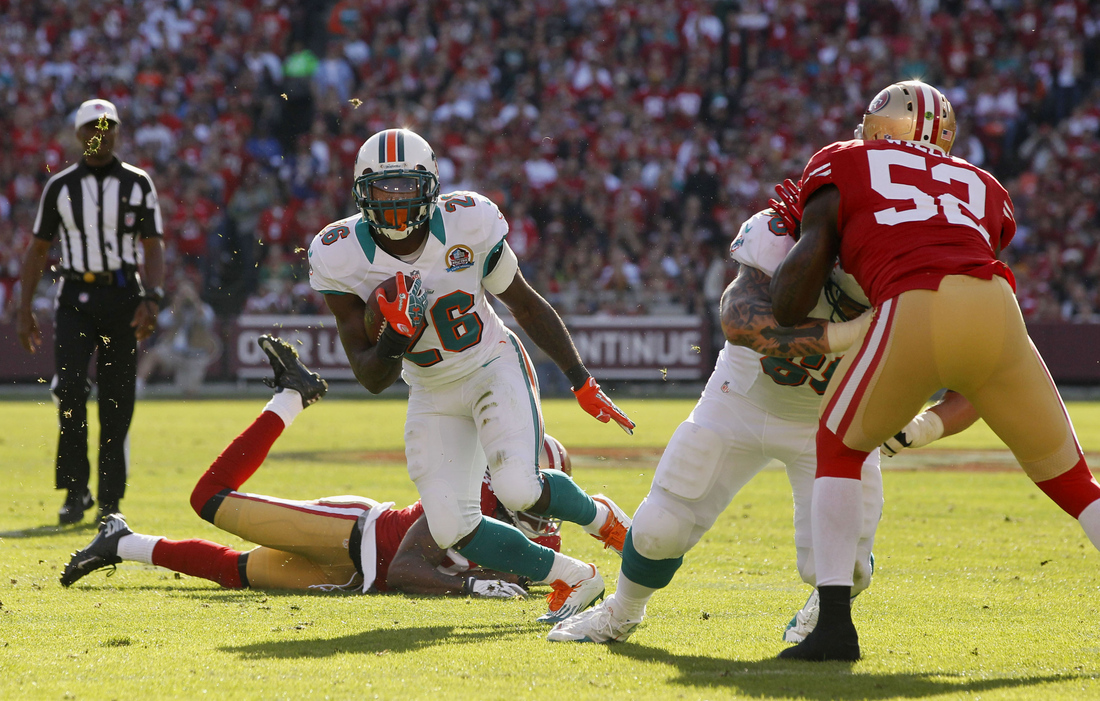 Thoughts: Tannehill actually had a solid day, even if it was frustrating. For some reason, his touch seemed to be off just enough that passes he could have completed would find the ground instead. He had the opportunity to step up late in the fourth quarter, but was unable to finish 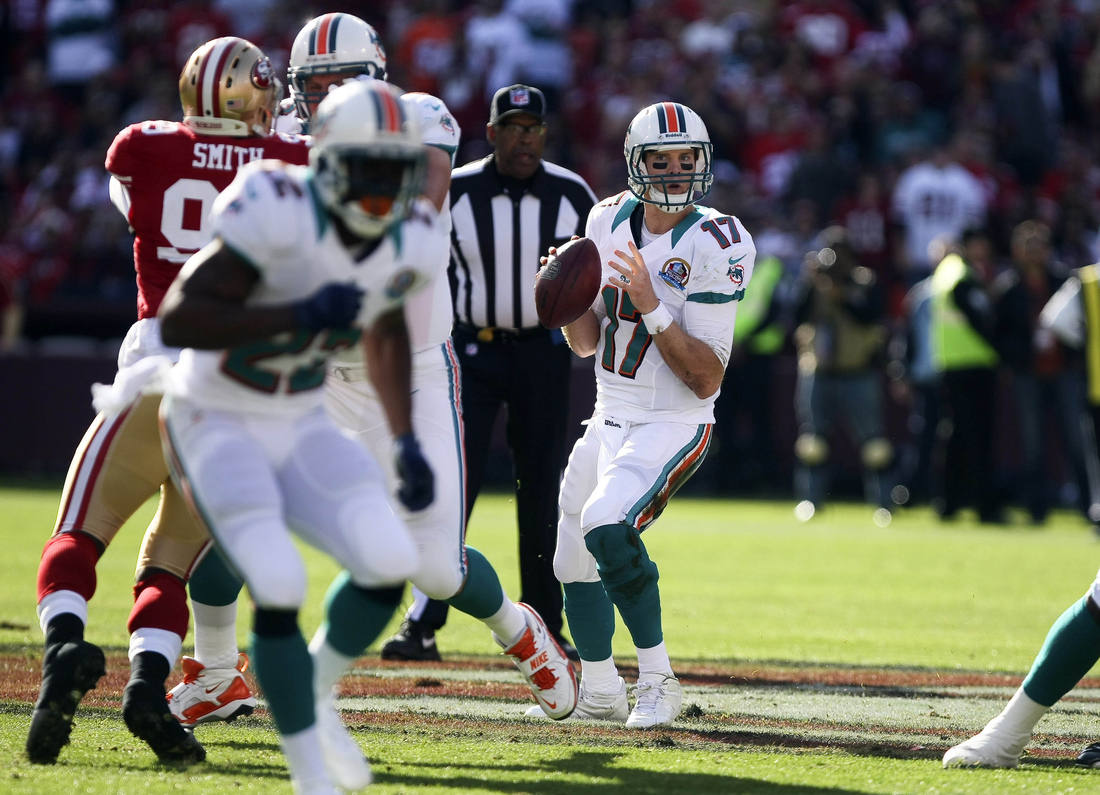