The Miami Dolphins were picked apart by Andrew Luck and the Indianapolis Colts on Sunday. Here's a look at the defensive snap counts from the game for Miami.

Last night, we took a look at the offensive snap counts for the Miami Dolphins in their most recent game, at the Indianapolis Colts. While the offense struggled in the second half to move the ball against the Colts, the Dolphins' defense was even worse. Rookie quarterback Andrew Luck was able to do whatever he wanted with the Colts' offense, and simply made the Miami defense look lost for the majority of the game.

As with the offense, the season defensive snap counts include the New York Jets data, despite there being no post last week for the Jets game.

The Dolphins were on defense for 80 snaps Sunday. Here's the breakdown, by position group:

Thoughts: I knew Wake missed snaps this week, as Shelby and Vernon were rotated into his position, but I am surprised to see how many plays did not feature the Dolphins top pass rusher. He tallied a sack, and nearly had a couple more if not for incredible plays from Luck, but I don't know why he was out as much as he was. The Dolphins lost, so people are immediately back on the fact that the Dolphins "wasted" a draft pick on Vernon - despite the fact that he blocked a field goal - because they "need" to see more out of a third round draft pick. But, Vernon really is out there having an impact. How many times was Luck running or sliding away from number 50 getting into the backfield. Soliai and Starks need to collapse the pocket better. The whole defensive line did well to shut down the Colts rushing attack, particularly in the first half when the Colts and 11 carries for 22 yards. After the break, the Colts ran the ball more, but that's because the Dolphins were more focused on trying to find a way to shut down Luck's passing attack. 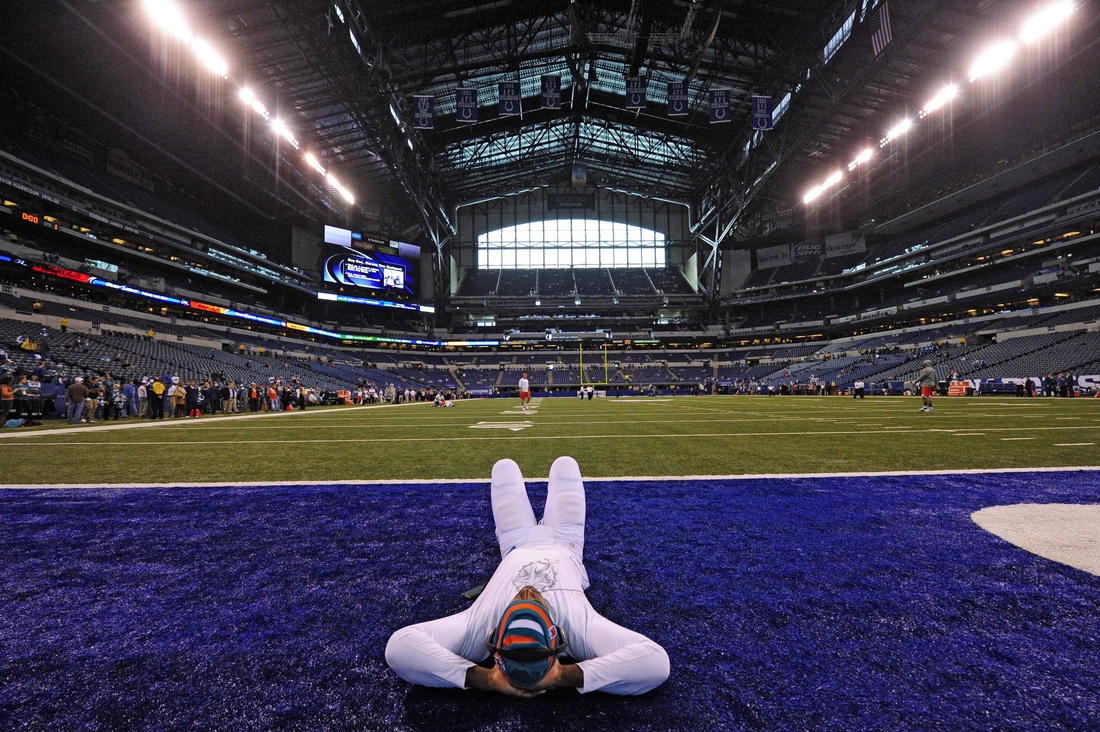 Thoughts: Another surprise. I really thought Misi was on the field more than he was. He seemed to be around a lot of plays, yet he was only on the field for 26% of the snaps. 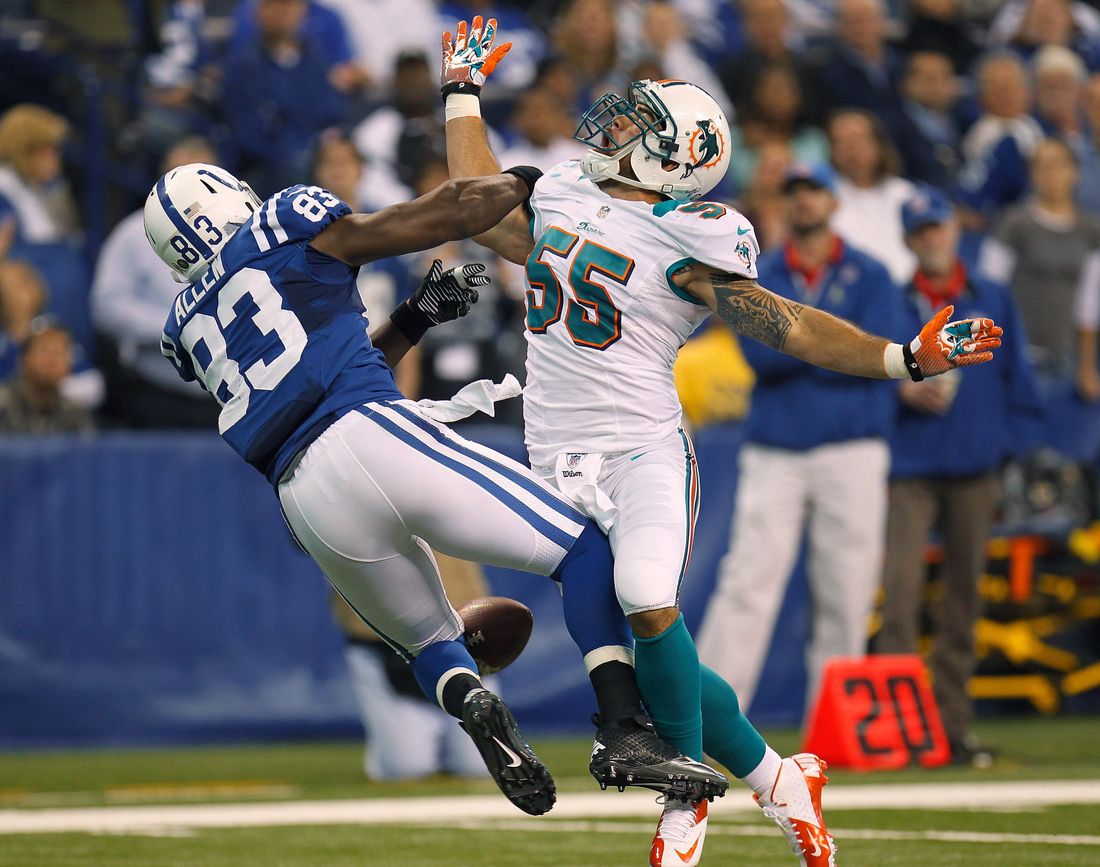 Thoughts: I have not watched any film / replay of this game yet, but one of the things I am interested in seeing is exactly how the team uses Jimmy Wilson. The two safeties behind him play every snap, yet it almost seems like Wilson is a third safety on the field on some plays. It's like the coaches bring him in as a nickel corner, then let him become a "free-corner." Maybe I'm completely wrong, but it sure seems like he is floating around the field more often than playing man-to-man coverage. Smith obviously had a bad game, but the calls for his head is premature. He's still developing into the shutdown corner we want - he's had great games this year too - but it was rough watching him this week. 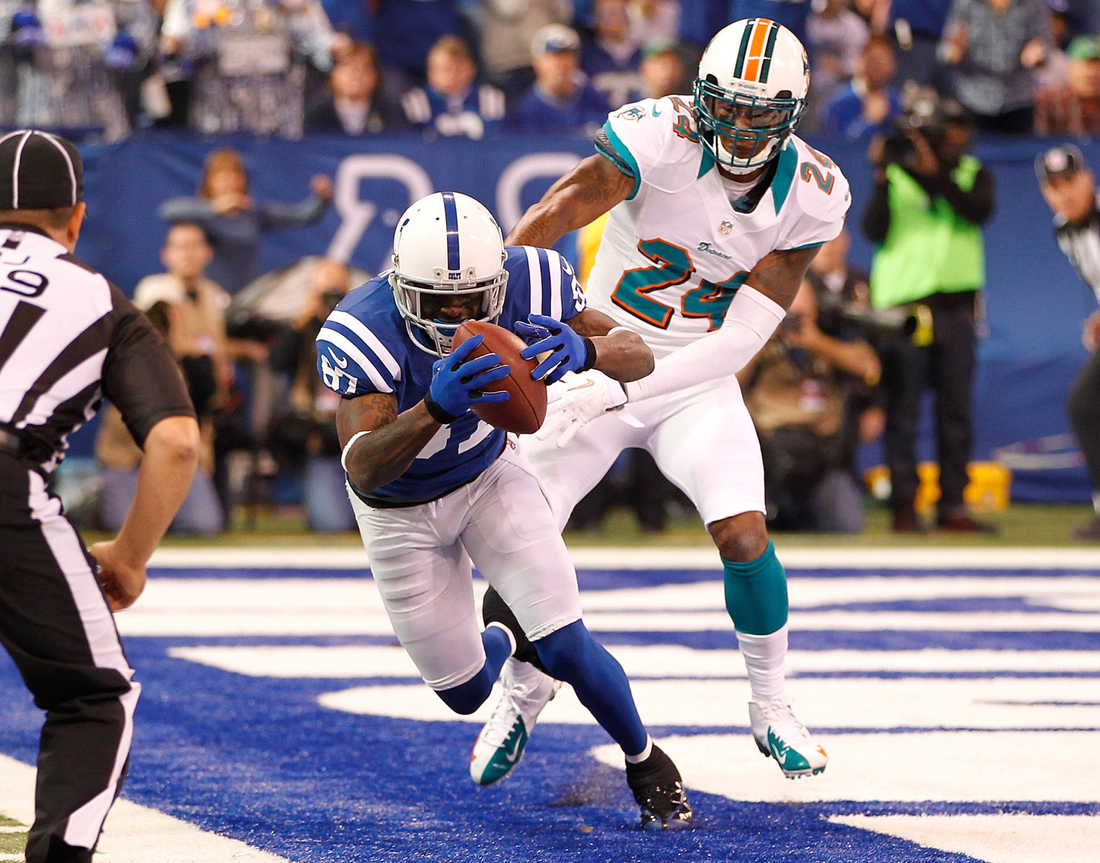 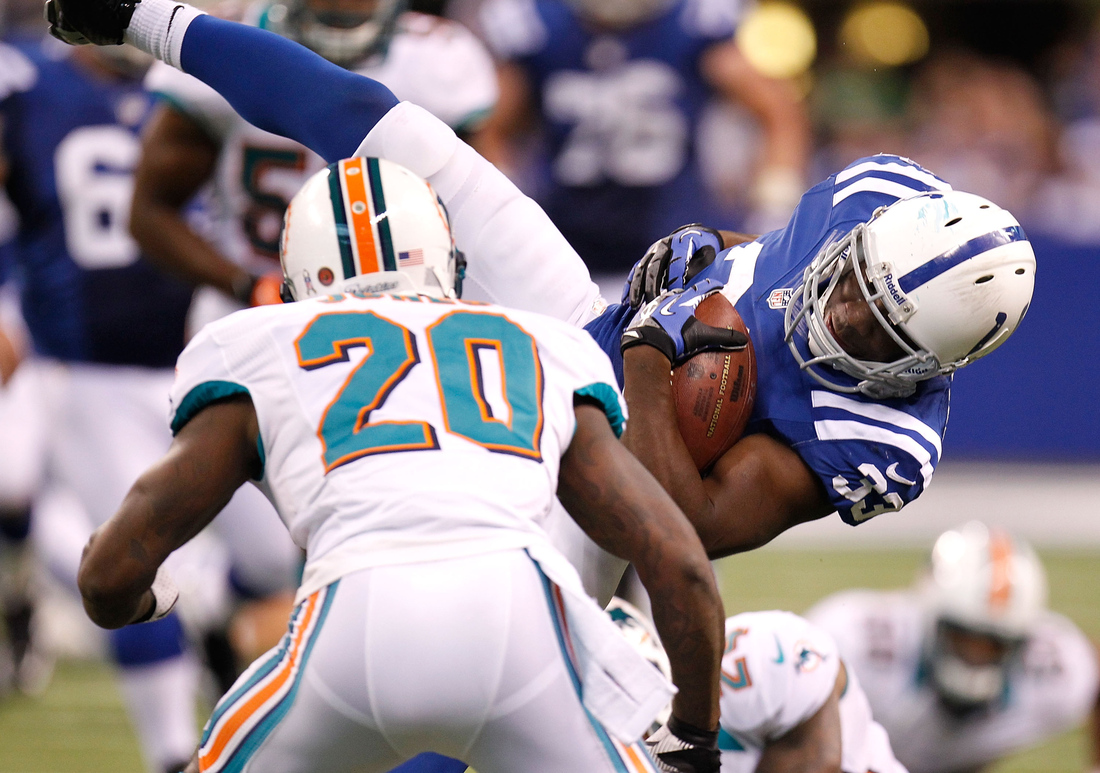