The Miami Dolphins fell back to 4-4 this week after be dismantled by the Indianapolis Colts yesterday. Here's our weekly look at the offensive snap counts from the game.

The Miami Dolphins lost to the Indianapolis Colts yesterday 23-20, with the Miami offense simply stalling out for the majority of the second half. The team could not find a rhythm after the break, and ultimately, the game probably should not have been as close as it was.

Miami ran 63 offensive plays this week. Here is the break down of the Miami offense, by position groups:

Thoughts: Nothing really specific here. The Dolphins need Gaffney to step up and relieve some of the pressure on Bess and Hartline, but otherwise nothing of note with the percentages played. 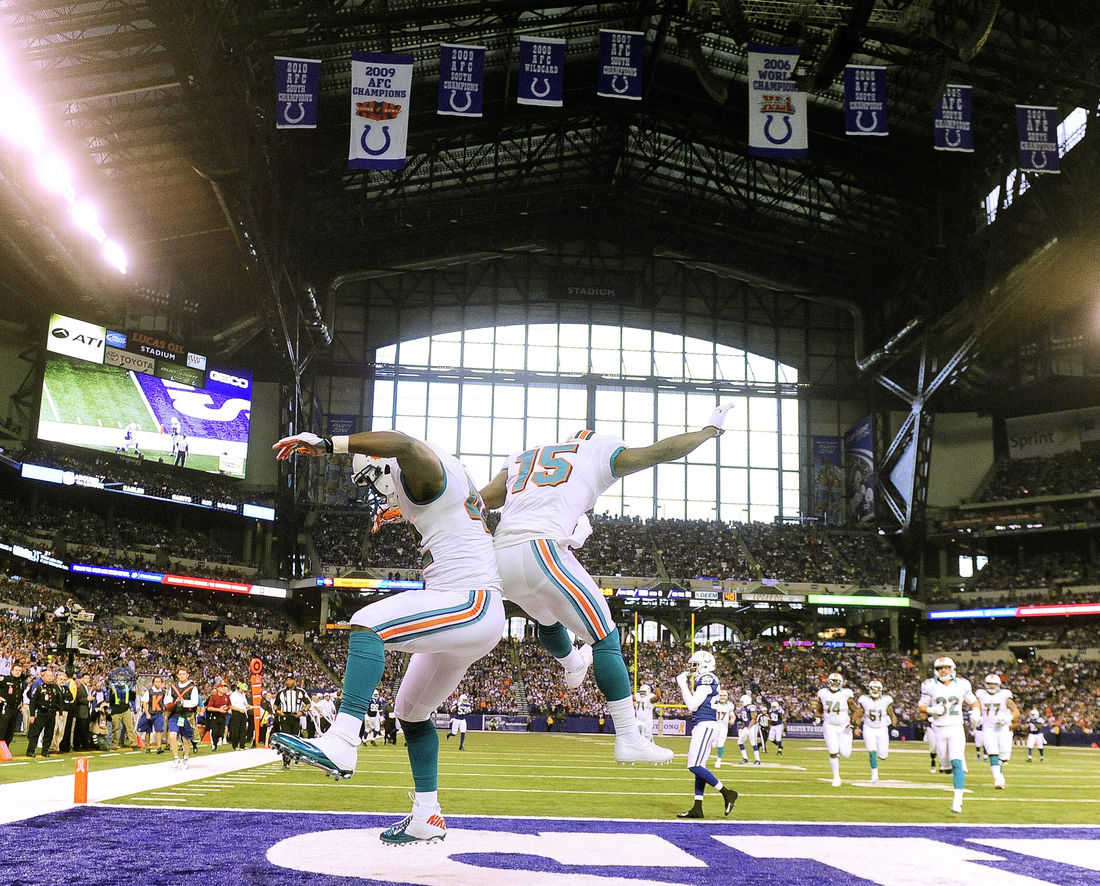 Thoughts: Fasano played nearly every snap, as is probably expected. But, Clay jumped up this week as the team once again seemed to look to get him involved. He had a few good moments, particularly his one reception on the only time he was targeted, resulting in a touchdown. With his snap counts going up, look for the team to try to get him more touches in the future. 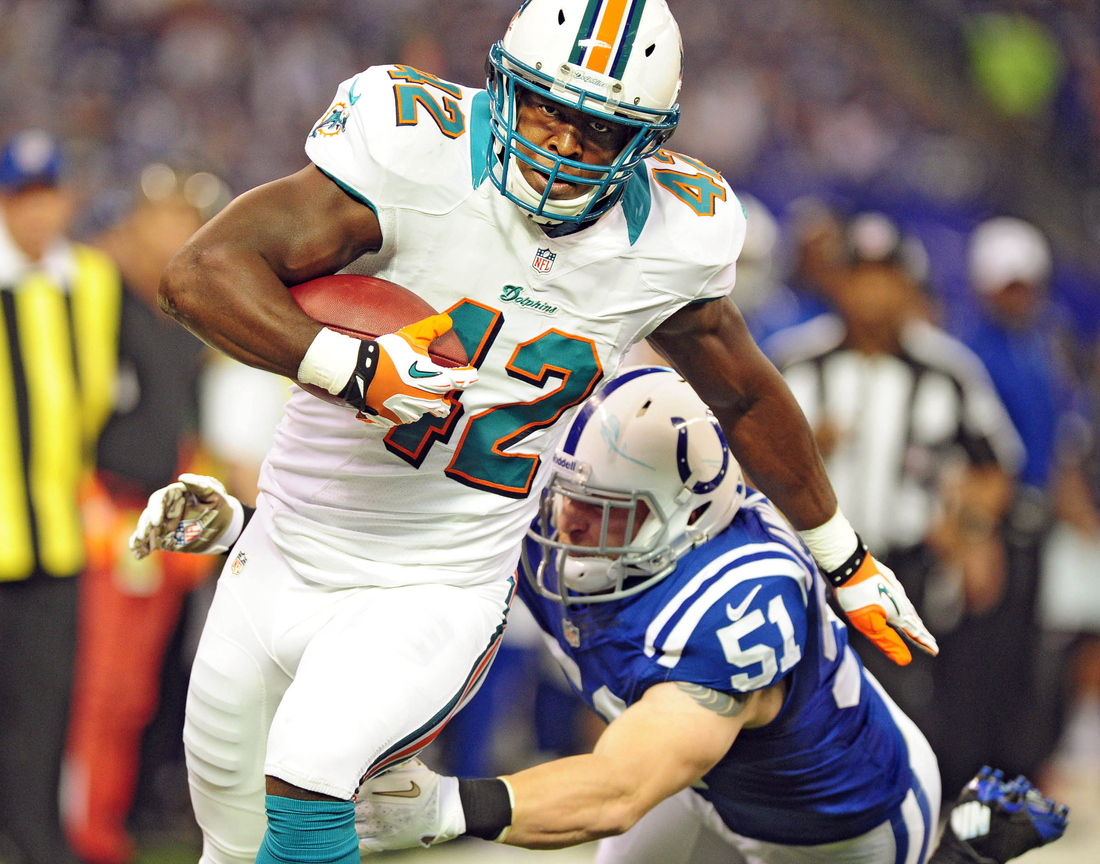 Thoughts: The up and down use of Lane continues, with him down this week. When the team gets more snaps for Clay, Lane is usually the one who sees less playing time, as was the case this week.

Thoughts: Thomas became the focus of the game for the Dolphins in the running attack - not that he was overly successful in it, but he was out there more than Bush. Part of that was the number of passes the Dolphins attempted, with Thomas staying in to block, and part of that was just Bush struggling to get going. 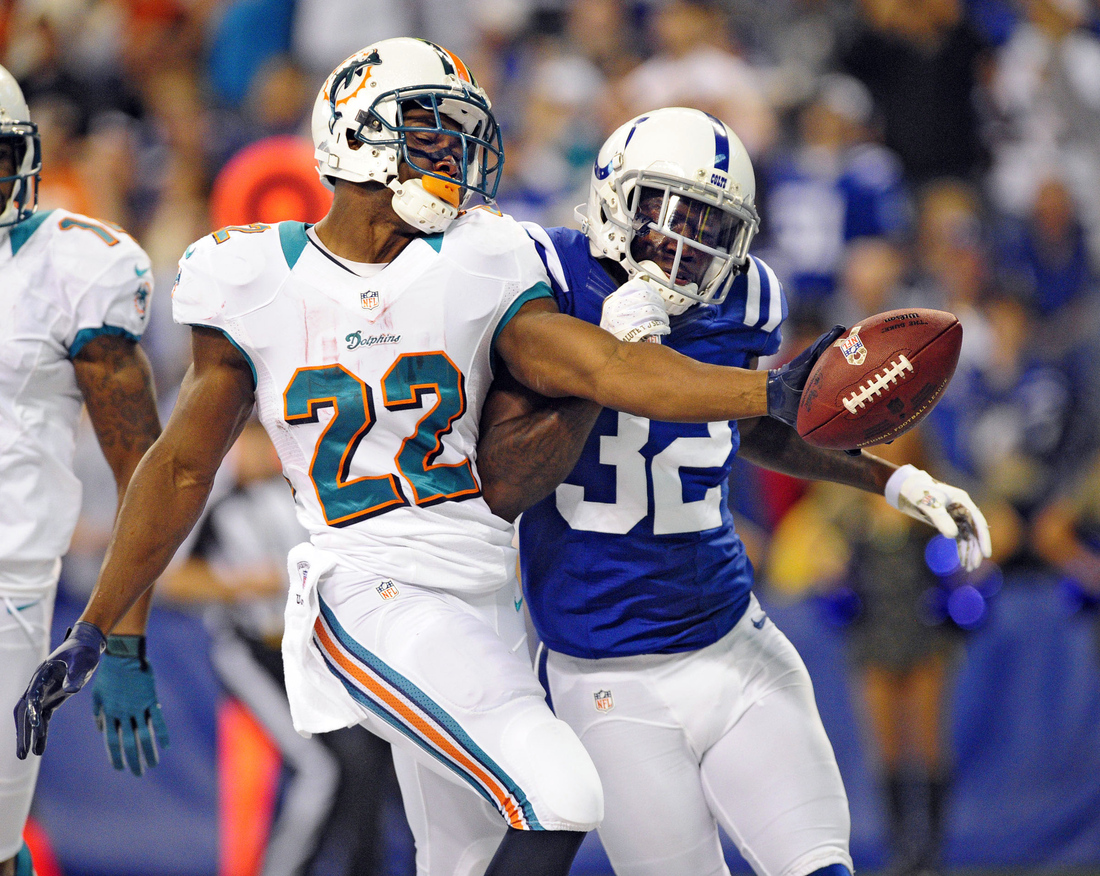 Thoughts: Tannehill returned this week after missing most of last week with a knee injury. He played well, and should be getting more credit for his performance, but that's not going to happen when the rookie on the other side of the ball sets an NFL rookie record for passing yards in a game.\ 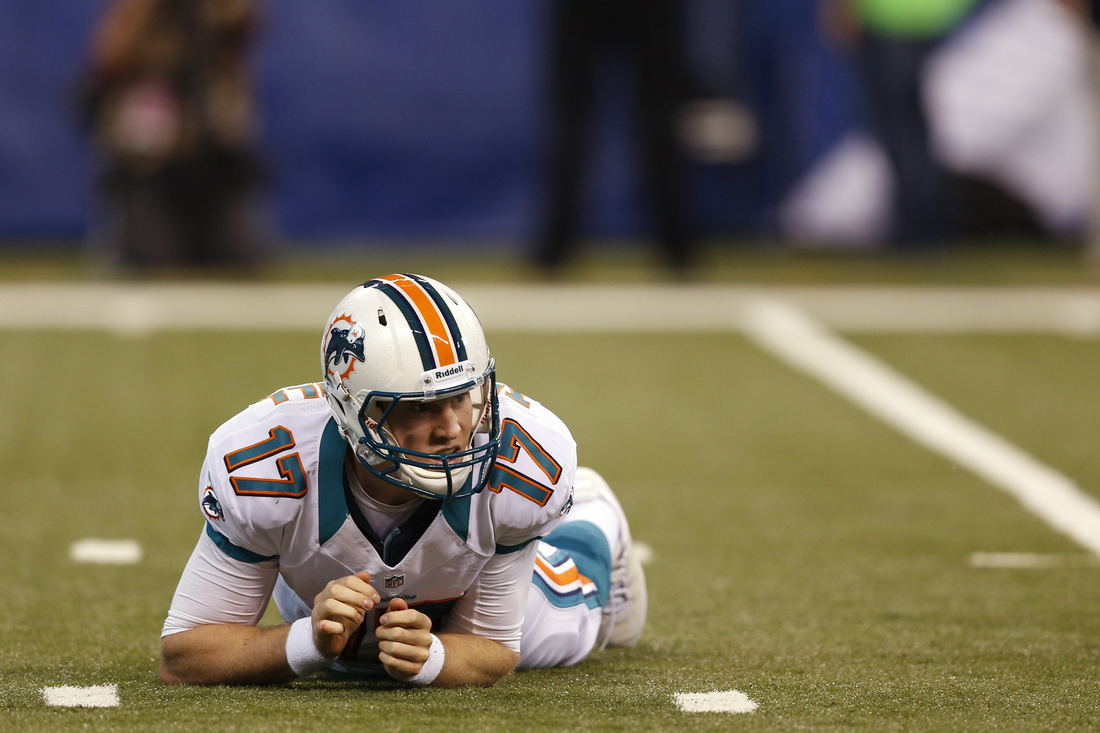