The Miami Dolphins lost to the Buffalo Bills on Thursday Night Football this past week. For the third straight game, the team could not find a rhythm, and ultimately lost the game. Here are the offensive snap counts for the Dolphins from the game.

The Miami Dolphins problems continued this week, as they were beaten 19-14 by the Buffalo Bills on Thursday Night Football. Miami has now dropped three straight contests, and don't seem to have any answers to how to solve their issues.

The Dolphins have a mini-bye week this week, with the team having 10 days between the Bills game and their Week 12 game against the Seattle Seahawks. During that time, Miami has to find a way to run the ball, get after the quarterback, and fix the offensive line.

Miami ran 58 offensive plays this week. Here is the break down of the Miami offense, by position groups:

Thoughts: Jerry and Martin each missed one play due to injury, and Garner filled in at right guard and right tackle on those plays. Otherwise, the starters played the entire game. 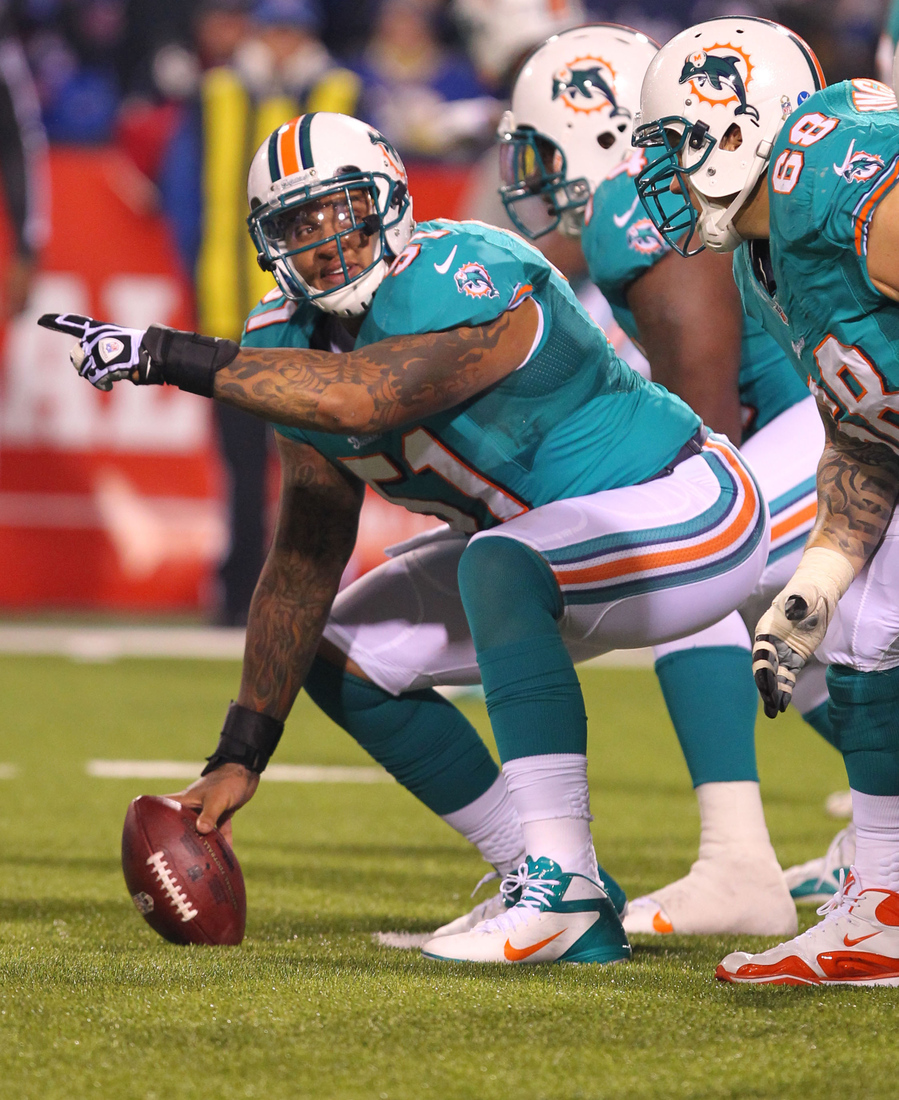 Thoughts: Welcome to your rookie season, Matthews. With Gaffney inactive due to injury, it's interesting that Moore did not see the big bump in snap, but instead Matthews suddenly became a large portion of the offense. Matthews would only catch one pass on two targets, but for a rookie to make his debut in Week 11, and already have 3% of the season snaps tells you he was out there a lot this week. The team may just be looking to get him some experience before next year, or they may be looking for him to be a part of the offense going forward. It will be interesting to watch. A thing that is only interesting to me is the fact that Moore has played exactly 100 snaps this year (it has no bearing on anything, just the numerologist/math degree in me...). 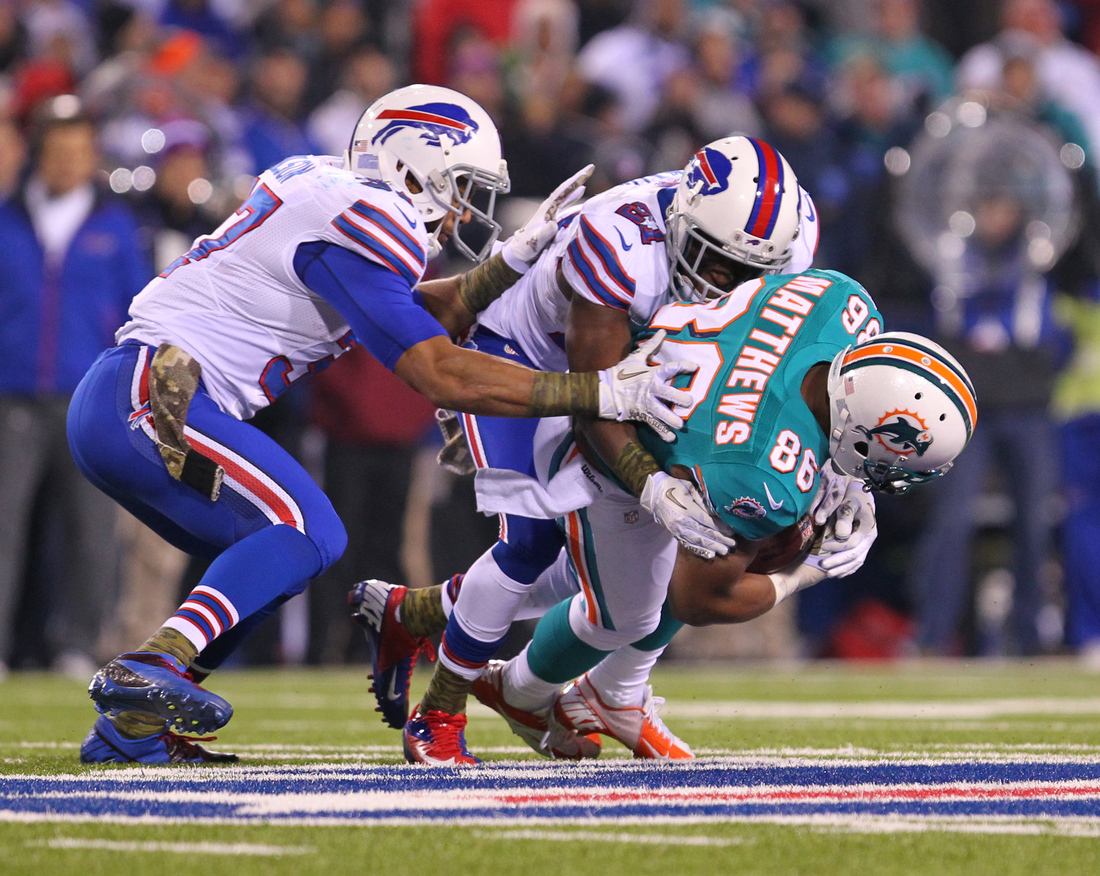 Thoughts: Nothing really surprising here. Both players played about their norm, with Clay a little lower, but the team also played fewer snaps than usual.
Thoughts: Lane was down on snaps last week, which means he should be up this week. And, look at that, he is. The Dolphins used Lane to try to get the run established, and in pass protection this week. 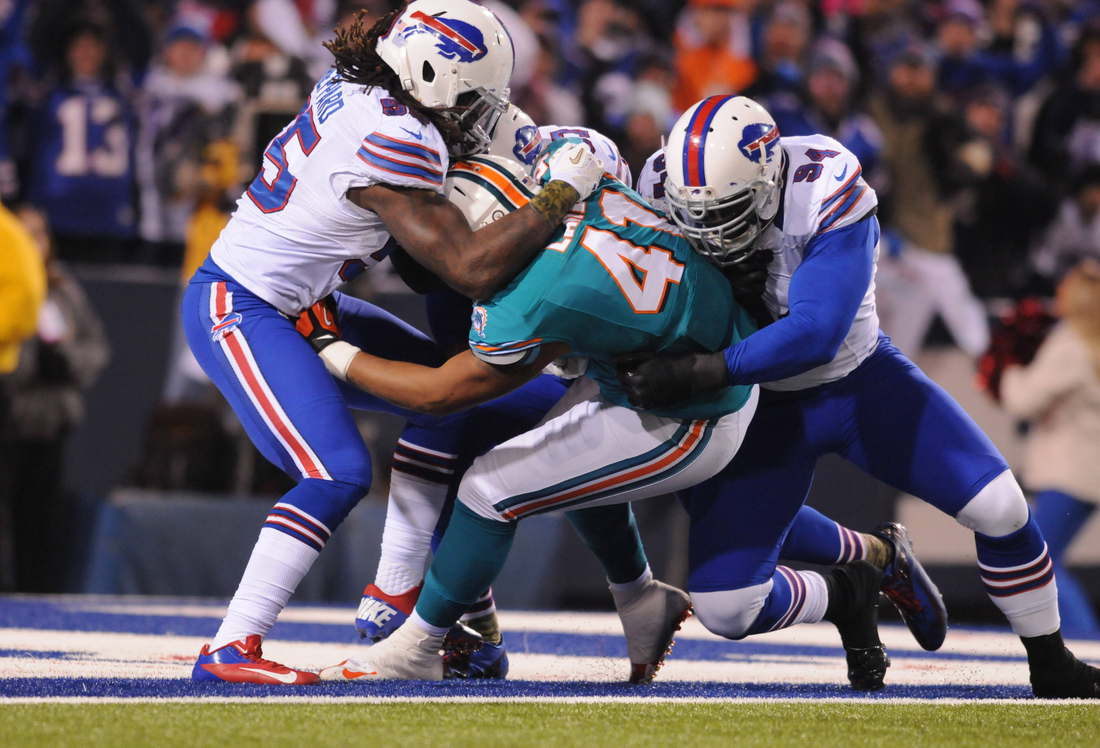 Thoughts: The Thomas getting more snaps than Bush streak continued this week, with Bush coming close to falling below the majority of snaps played this season. The team is using Thomas more on passing downs to provide pass protection, plus he has become the third down back, meaning Bush is simply standing on the sideline more and more every week. 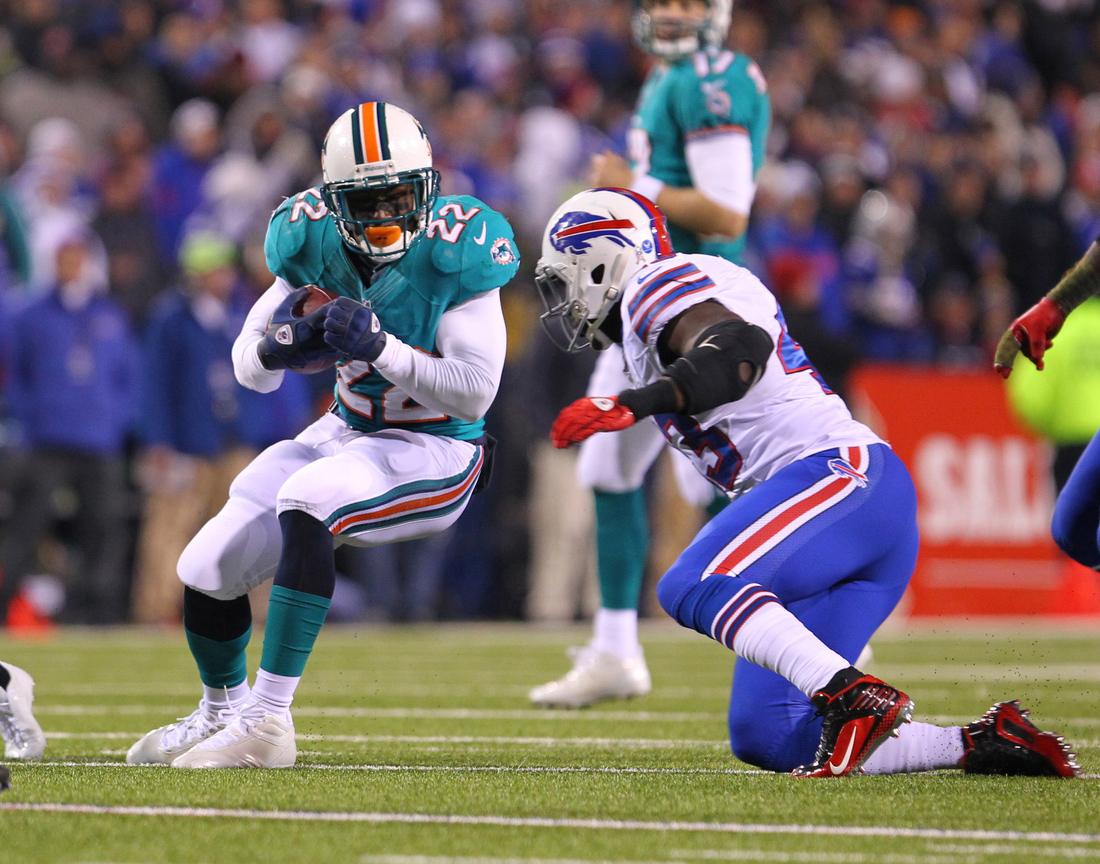 Thoughts: Can we please all cool it on the calls for Matt Moore because of the Jets game? Putting Moore into the offense does nothing but (1) shake the confidence of a rookie and (2) cut down on the developmental snaps for Tannehill. Sure, we all want wins, but this year is all about developing Tannehill. You have to leave him in there to take the snaps if you want this team to be better next year. Matt Moore is not the future of the Dolphins. 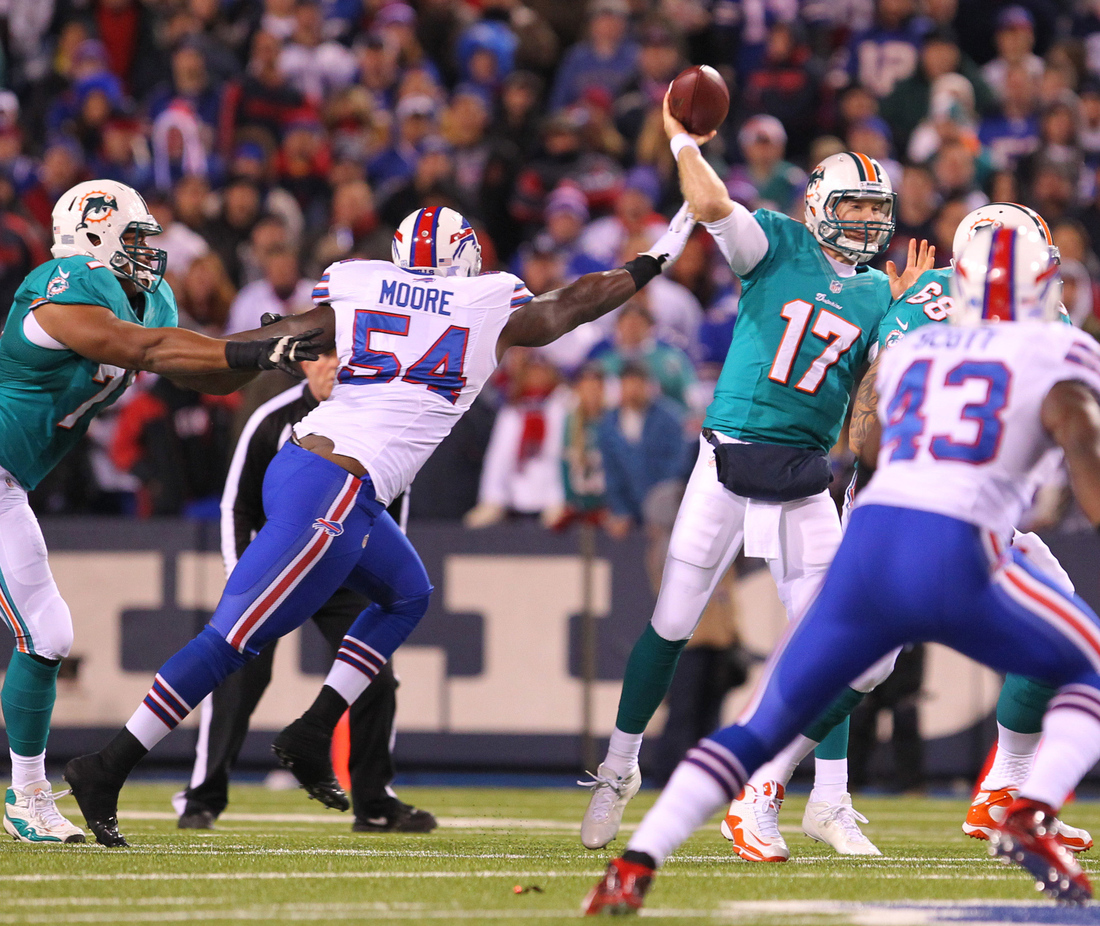