The Miami Dolphins dropped their second straight game with a loss to the Tennessee Titans yesterday. Here is a break down of the Miami offense by snap counts played yesterday.

The Miami Dolphins lost to the Tennessee Titans yesterday, falling to 4-5 on the season and losing their second straight game. The Dolphins struggled on all three aspects of the game, with the team simply appearing flat all day.

The offense could not get into a rhythm, with rookie quarterback Ryan Tannehill throwing three interceptions, running back Reggie Bush losing a fumble, and the team simply unable to score other than a Dan Carpenter second quarter field goal.

Miami ran 60 offensive plays this week. Here is the break down of the Miami offense, by position groups: 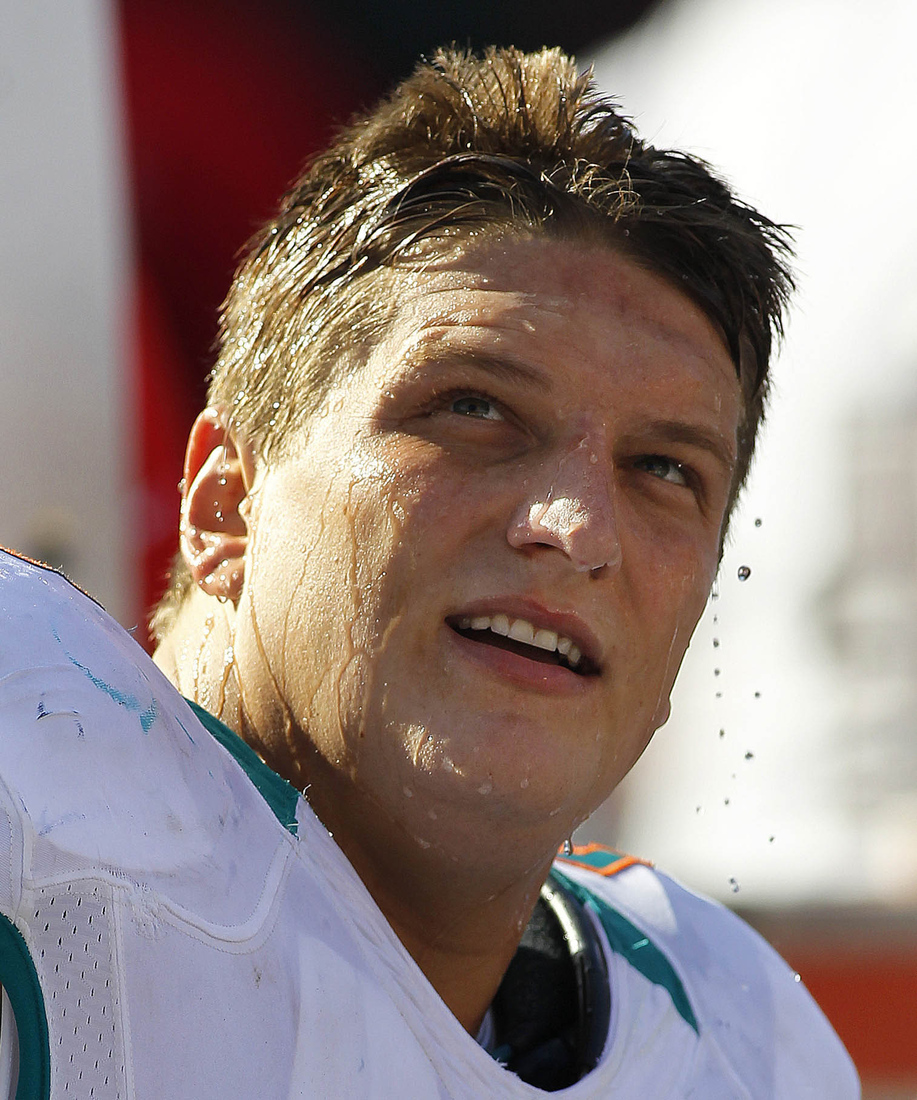 Thoughts: Interesting that Gaffney played as much as Bess and Hartline, in fact playing one more snap than the Dolphins top receiver. The Dolphins were behind the entire game, so multiple wide receiver sets were the norm on the day, leading to Gaffney's increased playing time. 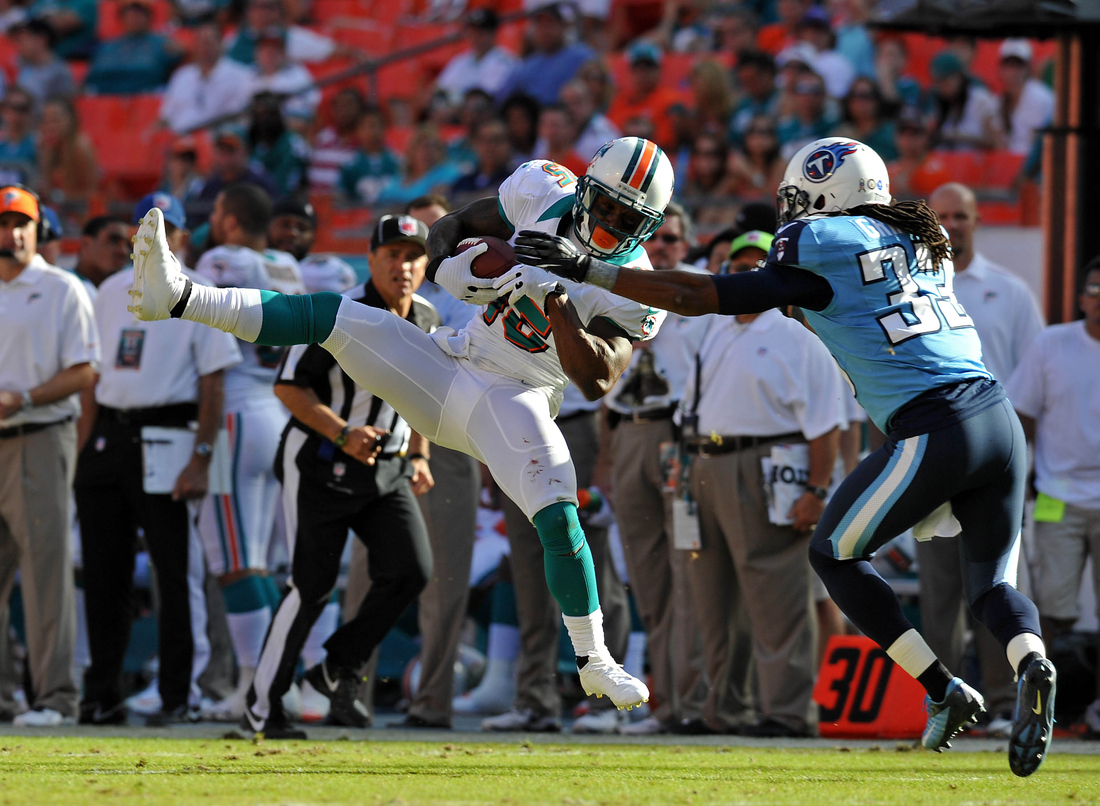 Thoughts: Fasano's snaps came down this week, which makes sense with how much Gaffney's snap count increased. Clay played about his season percentage.
Thoughts: Lane is down on plays again this week, but again, having to throw the ball to try to keep up made Lane unnecessary for most of the game.

Thoughts: This is the third straight game that Thomas got more snaps than Bush. After the game, head coach Joe Philbin said that the benching of Bush for the last six series of the first half was not "punishment" for his fumble. It will be interesting to see if the rest of this season, this trend continues. 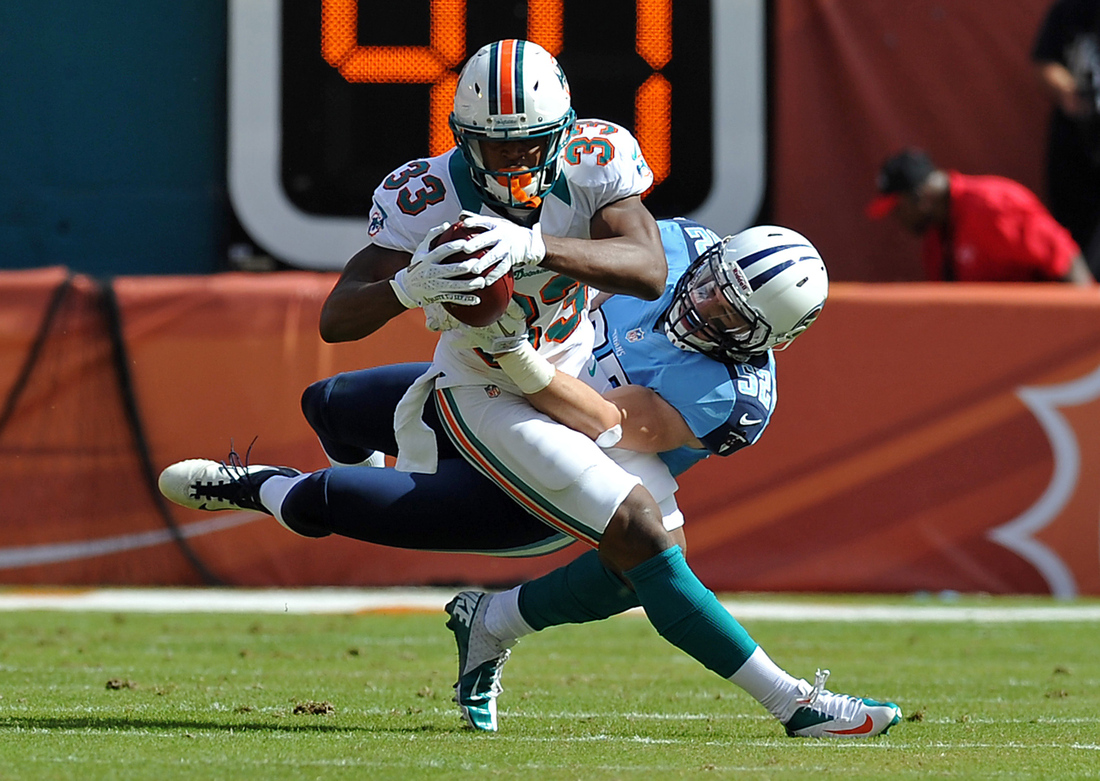 Thoughts: Not much. The Dolphins pulled Tannehill at the end of the game, putting Moore in rather than risk injury to their franchise quarterback. 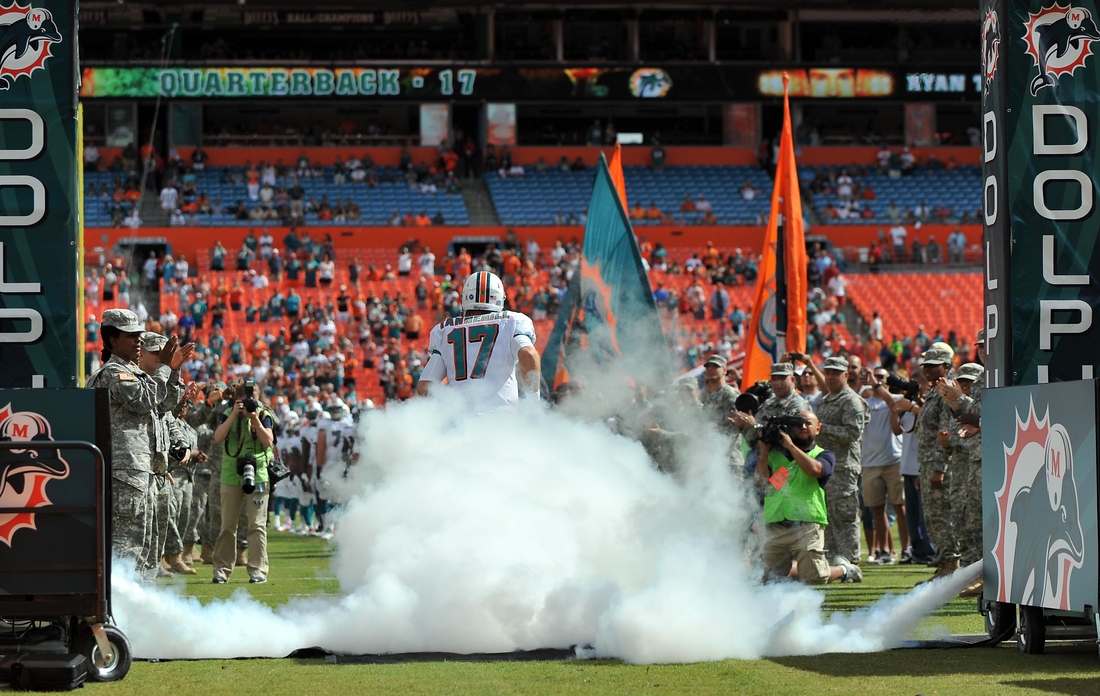