Dolphins Run Defense Adds Itself to List of Questions Without Answers

The Miami Dolphins were handed their worst home loss since 1968 yesterday, thanks to an inspired performance from the Tennessee Titans. After losing to the Indianapolis Colts, the Dolphins came into this week's game with questions all over the team, but the rushing defense still seemed to be the strong point. After Chris Johnson's 126 yard performance yesterday, you can add the rush defense to the list.

The Miami Dolphins came in to Sunday's contest against the Tennessee Titans having not allowed a 100-yard rusher in an NFL high 22 games. Chris Johnson took care of that stat with his 126 yard performance, and added the once strong run defense of the Dolphins to the list of questions that the Dolphins have to find a way to answer.

In Week 9, the Dolphins lost to the Indianapolis Colts in a game that featured two rookie quarterbacks facing off. While Miami's Ryan Tannehill played well, he was outperformed by Andrew Luck, who set an NFL rookie record 433 yards passing. Luck was able to surgically take apart the Dolphins' secondary, moving the ball at will. Miami could not stop the Colts on third down, and simply looked lost most of the day.

But, they were able to stop the Colts running game.

Not so much this week against the Tennessee Titans.

Miami simply looked flat this week. While the offense did a lot of things wrong this week as well, that's a unit led by a rookie quarterback, who is going to make mistakes. The defense, meanwhile, is a veteran unit, who has pride. They look each week to shut down the run and get pressure on the quarterback. Even with the questions in the secondary, the defense is supposed to be the strength of the team. Not if they keep playing like this.

And the Titans were a 3-6 team coming into yesterday's contest.

"Contain him? It is something that sounds so simple, but it is hard," Miami defensive tackle Randy Starks said after the game. "We missed too many tackles against a good team with a good running back."

That's the understatement of the year from Starks. The team simply could not tackle and allowed Johnson to have his way with them. Even when the Dolphins were able to get into the backfield, looking to bring Johnson down for a loss, the running back would still end up breaking containment and getting up field.

The best play to illustrate this is Johnson's first quarter, 17-yard touchdown. The Dolphins had eight players committed to stopping Johnson on the play, and a ninth is in position when Sean Smith recognizes the run and breaks off his coverage. 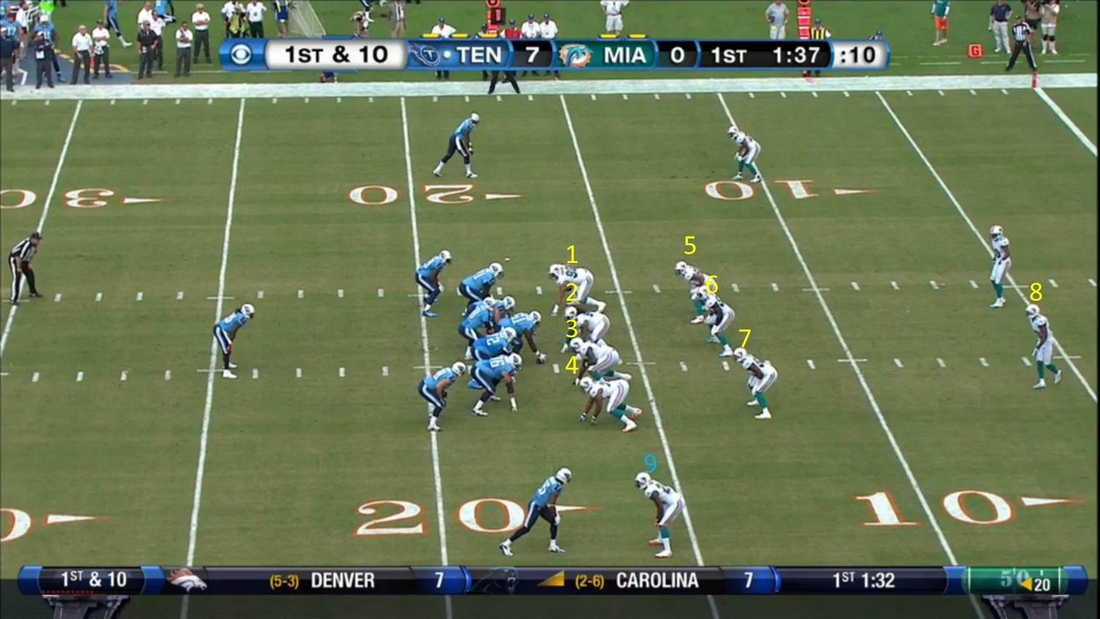 The Dolphins do a great job of walling off Johnson on the front side, with Smith's addition sealing the end and the three linebackers able to shoot the gaps and bring Johnson down in the back field. Rookie defensive end Olivier Vernon stays with his assignment, sealing the backside of the run, and theoretically taking away the cut back from Johnson. 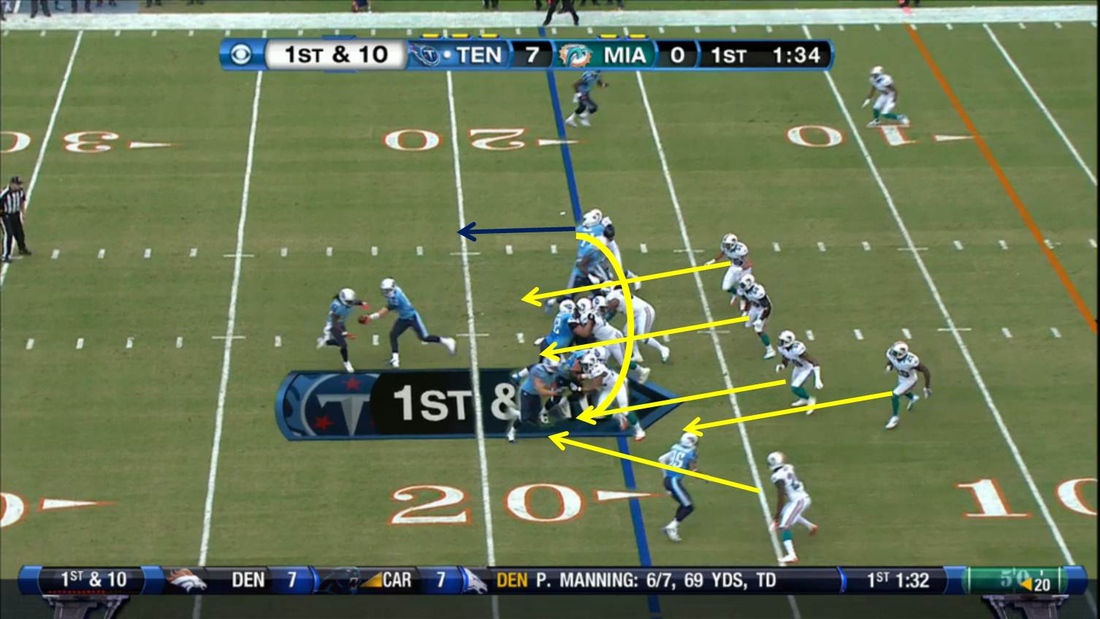 As Johnson tries to find a whole, the Dolphins begin to close in. Meanwhile, Vernon is still in position to remove the cutback. 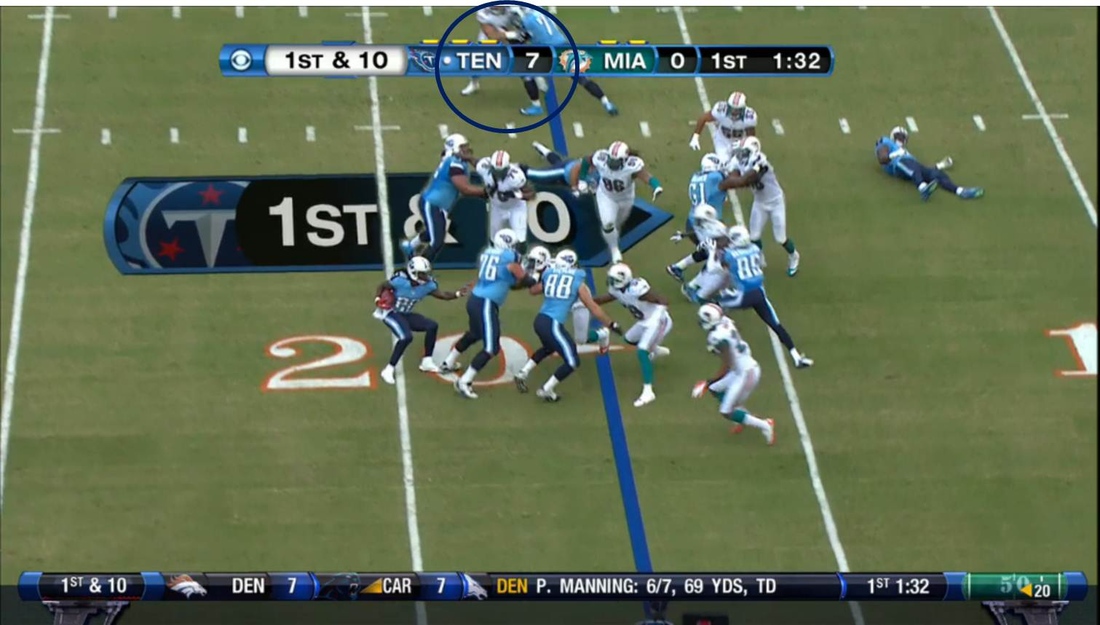 And cut back is exactly what Johnson does - with a waiting Vernon right there. While Vernon is in perfect position, Koa Misi has over pursued the play, and needs to get back into that hole to seal off any gain from Johnson. At this point, Johnson is still four yards behind the line of scrimmage. 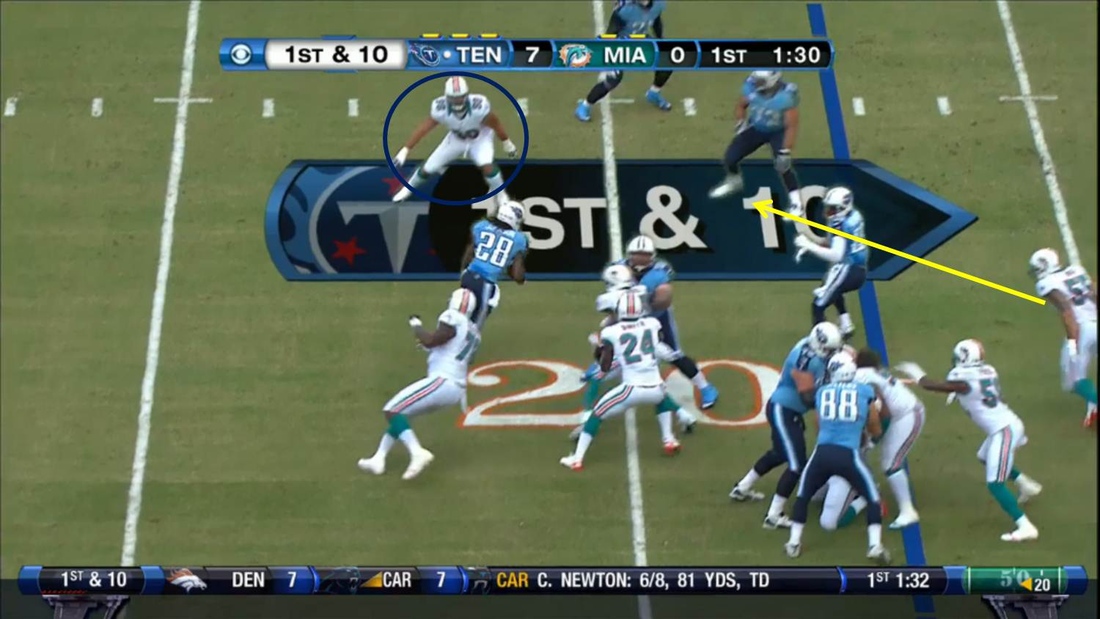 Vernon gets blocked out of the play, and Misi can't get into the hole, opening up what should have been a negative play for the Titans, and turning it into a gain. 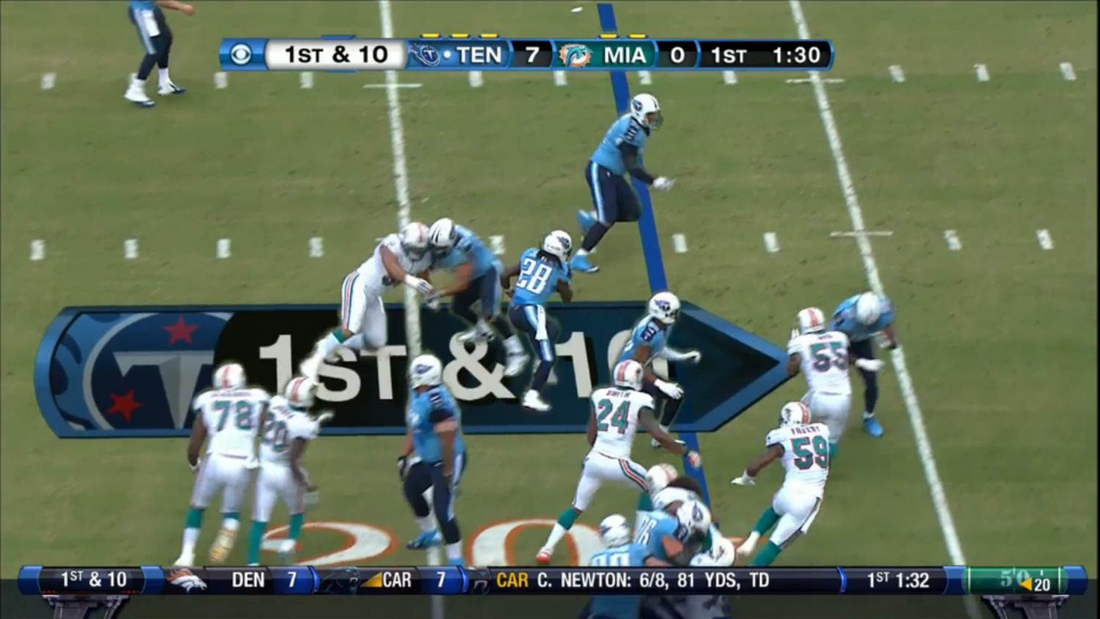 Of course, after Johnson makes it back to the line of scrimmage, it's a footrace, and the Dolphins are going to lose that fight. 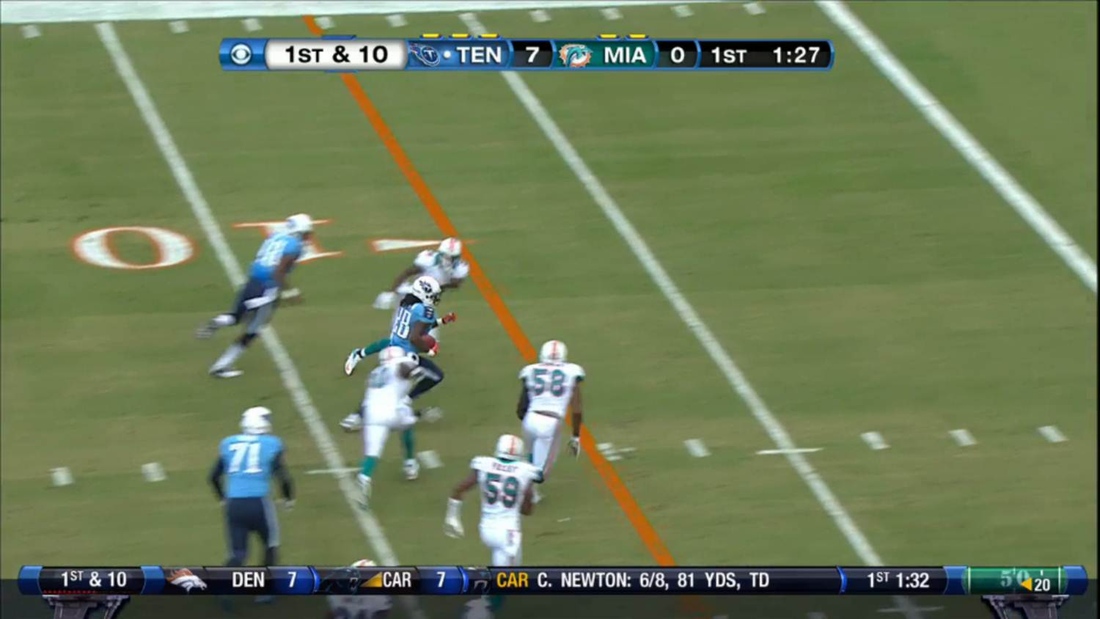 When you lose that race, it usually ends in the endzone, exactly as it does here. 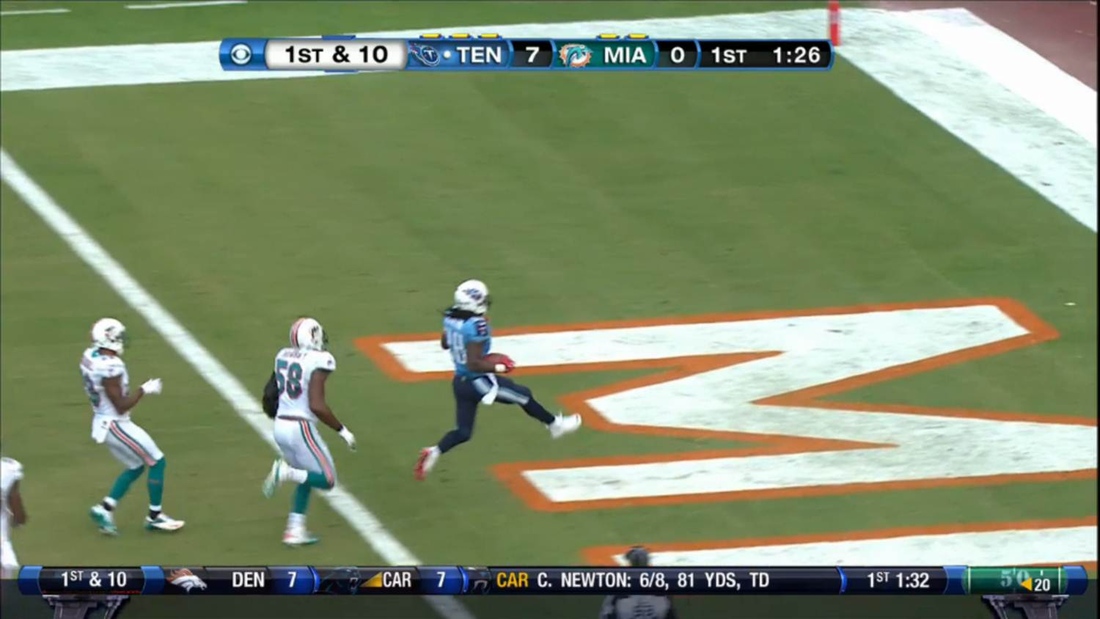 For the Dolphins, this is a bad week to be adding more questions, and not really finding answers. The team get back on the field this Thursday, facing their division rivals, the Buffalo Bills in Buffalo, just four days after being gouged by Johnson. Will the team be able to fix their defense, or will C.J. Spiller and Fred Jackson be able to continue the misery of Dolphins fans?