The Miami Dolphins improved to 3&3 on the season Sunday with a 17-14 victory over the St. Louis Rams. The win, although in a sloppy game, gave the Dolphins a share of the four way tie for the AFC East lead as they go into their bye week. Here's a look at the defense's snap counts.

The Miami Dolphins defense struggled against the St. Louis Rams on Sunday, especially trying to stop the Rams rushing attack. But in the end, the team did enough to come away with the win - and a share of the AFC East lead. After looking at the offensive snap counts yesterday, now it's time to take a look at the defensive snap counts for the Dolphins.

The Dolphins were on defense for 73 snaps Sunday, nearly 30 more plays than the offense ran. Here's the breakdown, by position group:

Thoughts: Soliai saw his snaps move back up from 43% last week to 51% this week. Vernon's snaps went down, even though he tallied two sacks, but he also had to miss time due to an ankle sprain. The other two rookies, Shelby and Randall, both saw decent snaps this week as well. Otherwise, nothing overly noteworthy. 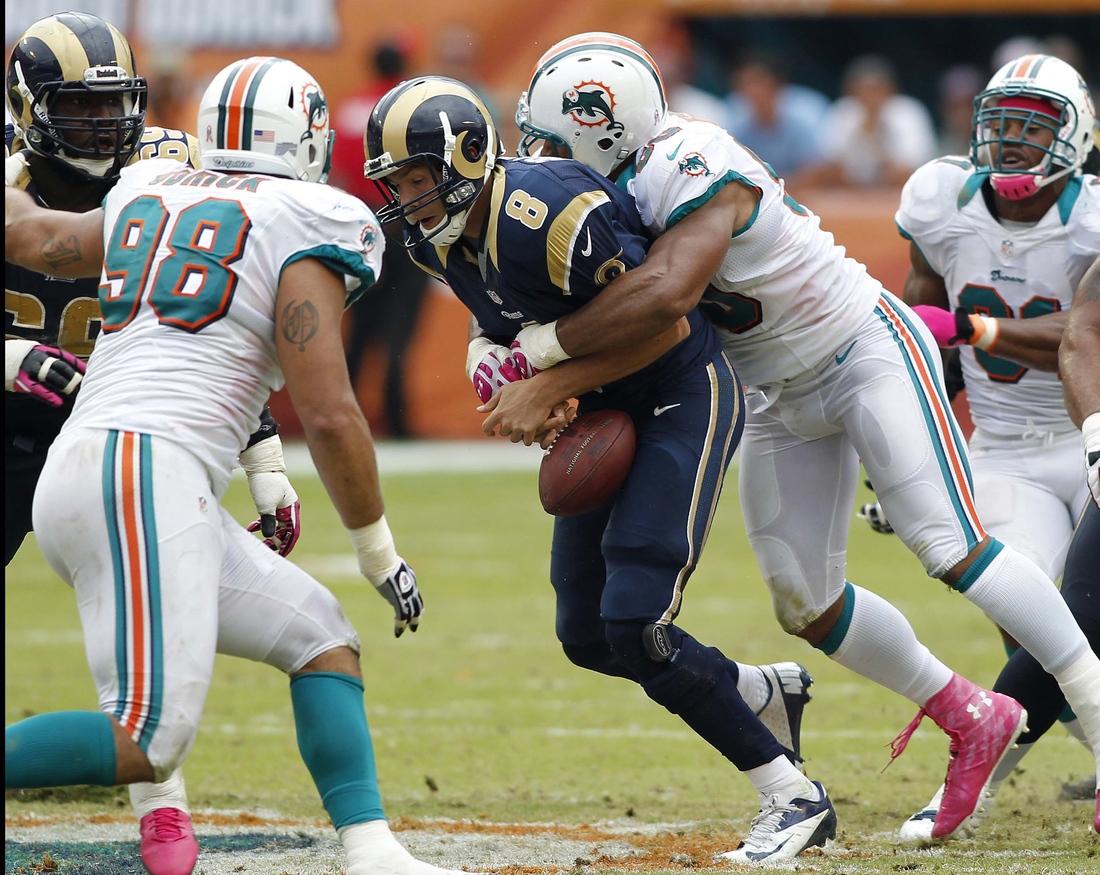 Thoughts: Burnett stays on the injury report every week, and yet plays 100% of the snaps. Trusnik had twice as many snaps on Sunday as he had the rest of the season combined. Misi saw his snaps jump back up from last week, probably as the team tried to find a way to shut down the run. 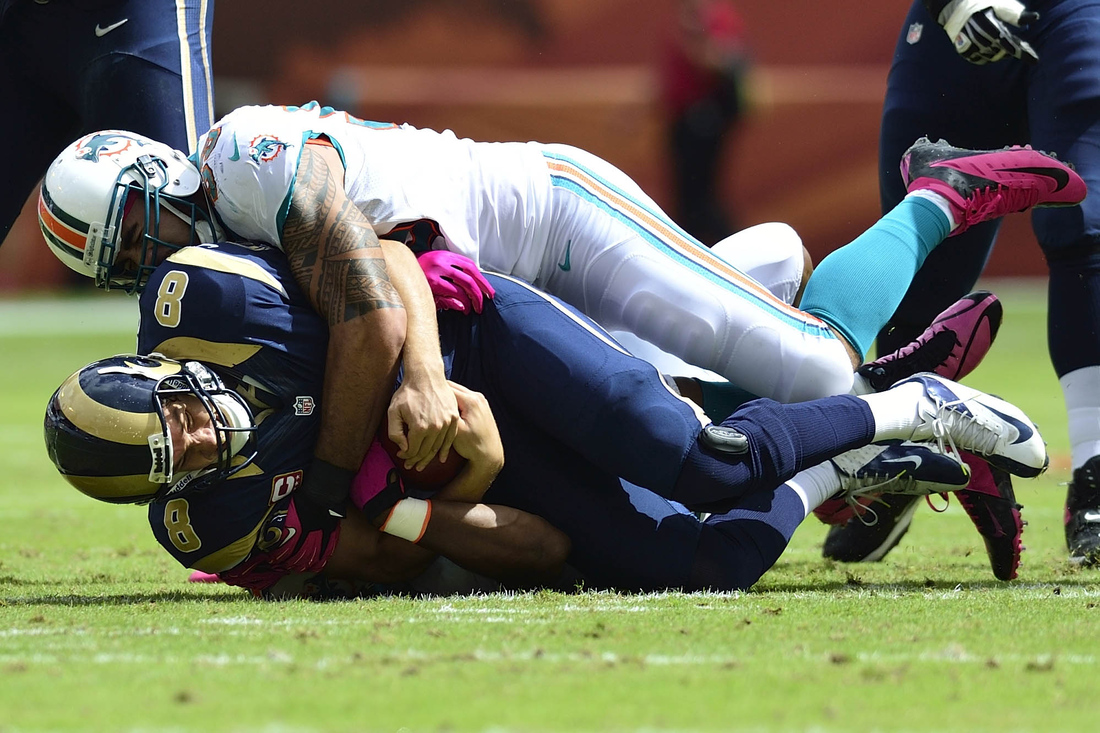 Thoughts: Marshall missed his second straight game trying to recover from a back injury. Sean Smith played every snap again this week, and he was joined out there for every play by Carroll. Wilson continues to be listed as a safety, yet plays cornerback, again serving as the nickelback this week. 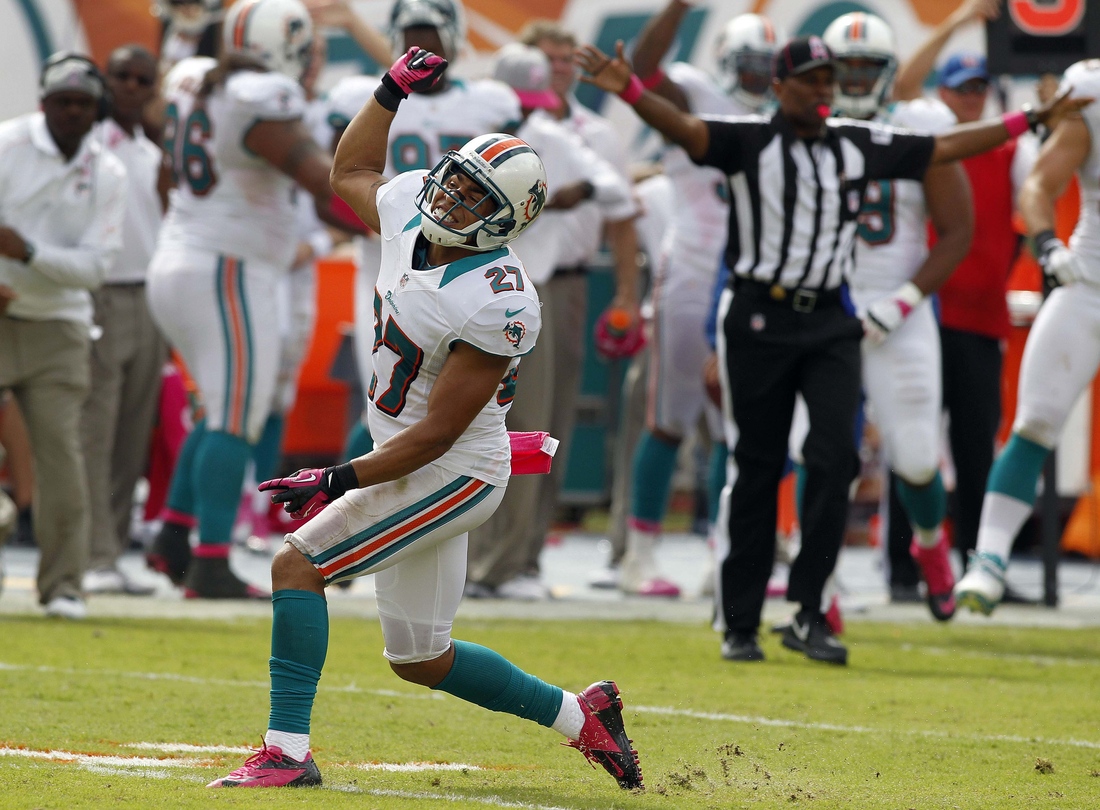 Thoughts: Jones missed his first play of the season Sunday, which, since no one else is listed, I am assuming means one of Wilson's snaps were actually at safety. Otherwise, nothing really noteworthy with the safeties. 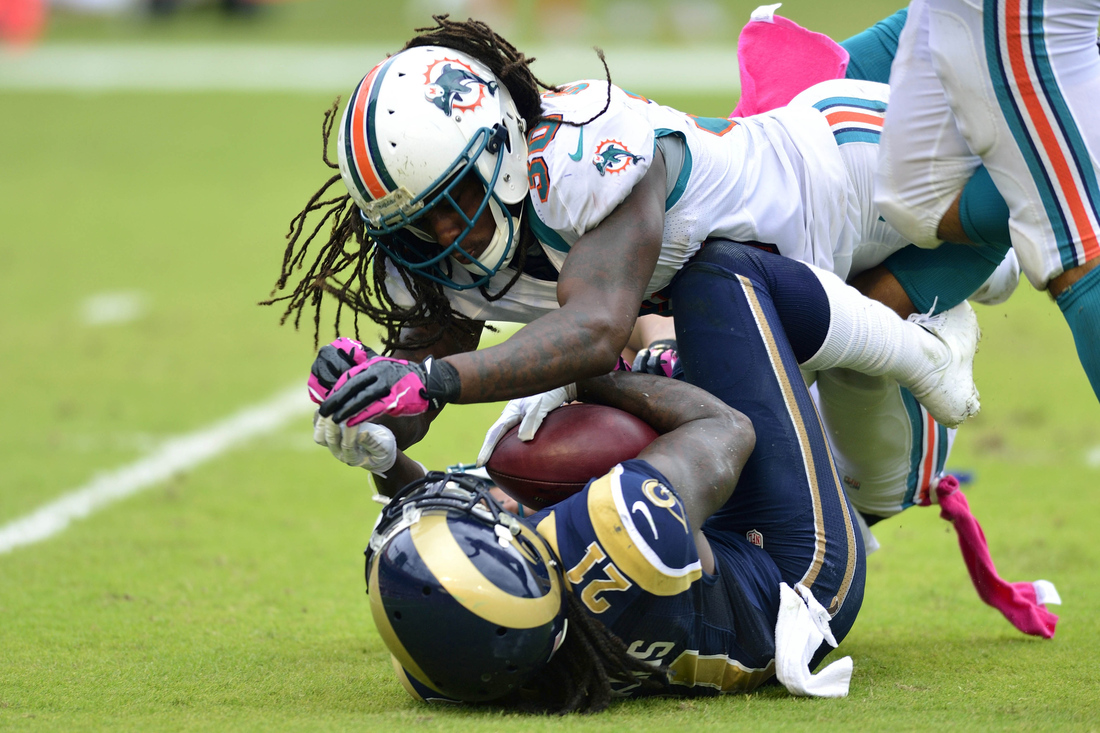