The Miami Dolphins lost to the Arizona Cardinals in overtime yesterday. Here's our weekly look at the offensive snap counts from the game.

The Miami Dolphins fell to 1-3 on the season after their second straight overtime loss yesterday, this one to the undefeated Arizona Cardinals. The Dolphins were in control of the game for the majority of the contest, but still ended up allowing the Cardinals to tie the game, then win it in overtime.

Davone Bess added 123 yards of his own, giving the Dolphins two 100-yard receivers in a game for the first time since 2001.

Miami ran 77 offensive plays this week. Here is the break down of the Miami offense, by position groups, for the Week 4 game against the Cardinals:

Thoughts: The five starters all played every snap, as usual. Nate Garner came in for one play, giving the Dolphins six offensive lineman during the game. 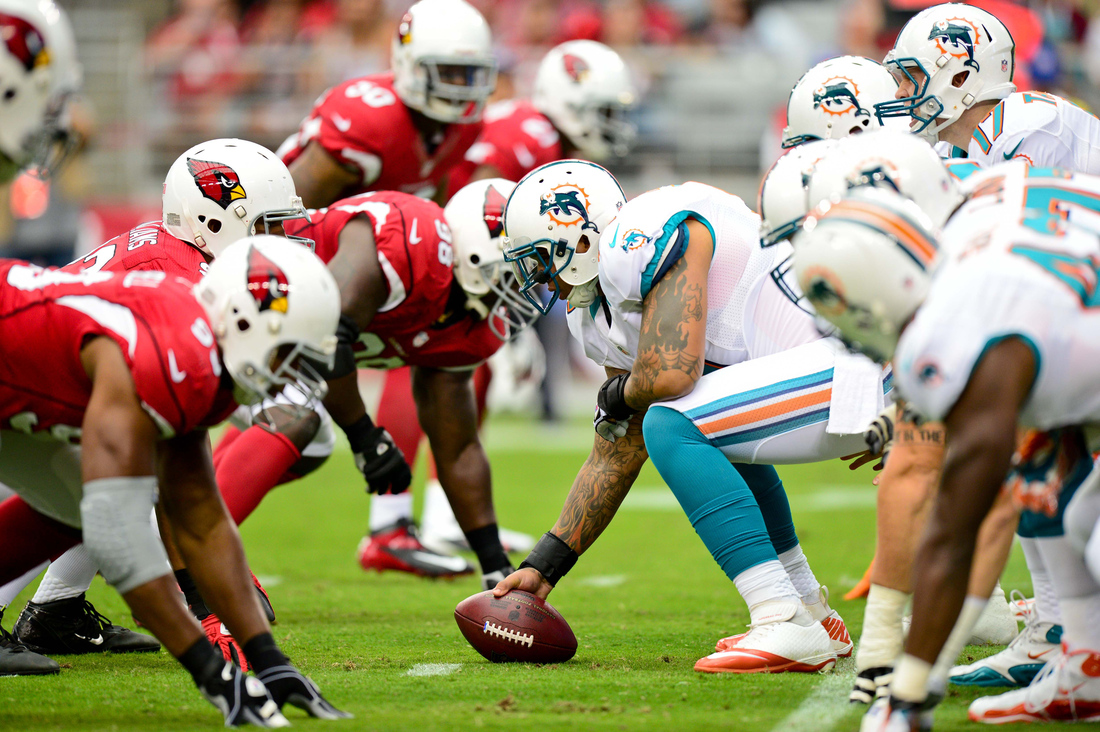 Thoughts: Clearly, the Dolphins have two weapons in the receiving corps, Hartline and Bess. And, the fact that they both took 87% of the offensive snaps shows the coaches clearly know it as well. Obviously, there is a lot of fan reaction to Naanee being on the team still, especially after he fumbled his first catch of the season. The team seems to be using Anthony Armstrong more and more, but he's not making much impact on the team right now. 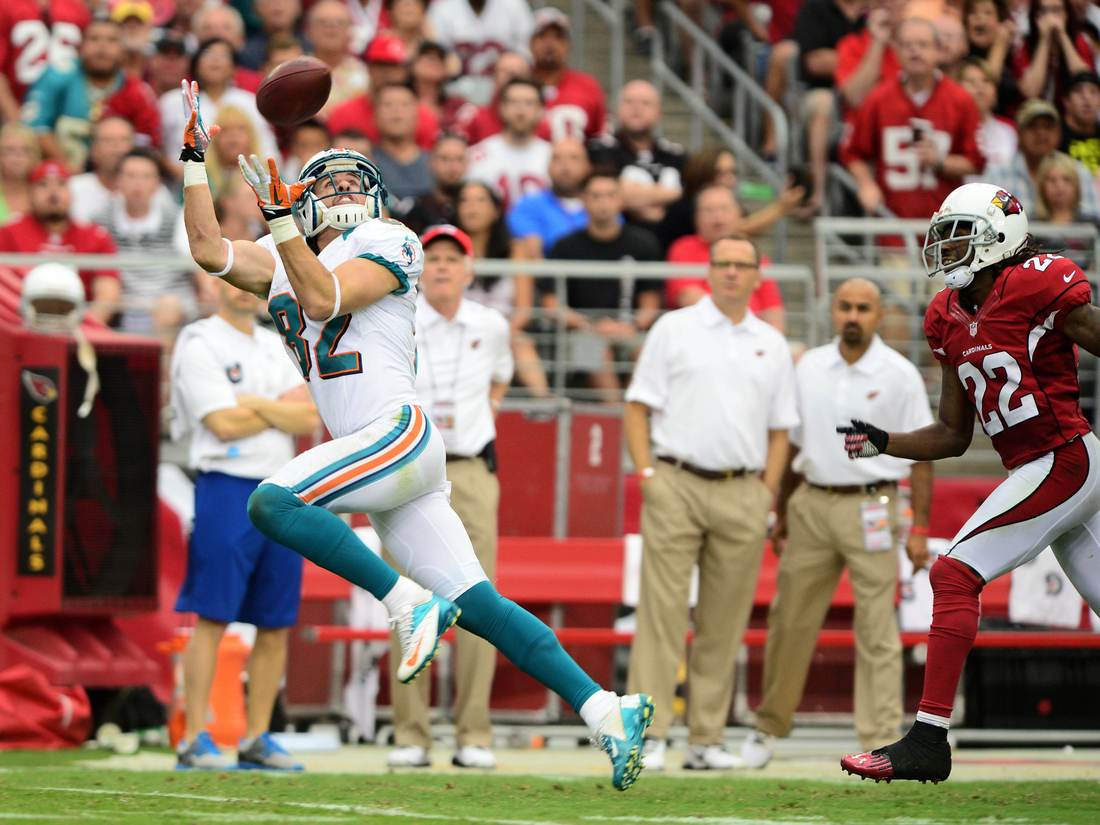 Thoughts: Clay dropped way down this week, and has been less and less effective each week. It could be a sophomore slump, but something is clearly going on with Clay right now. 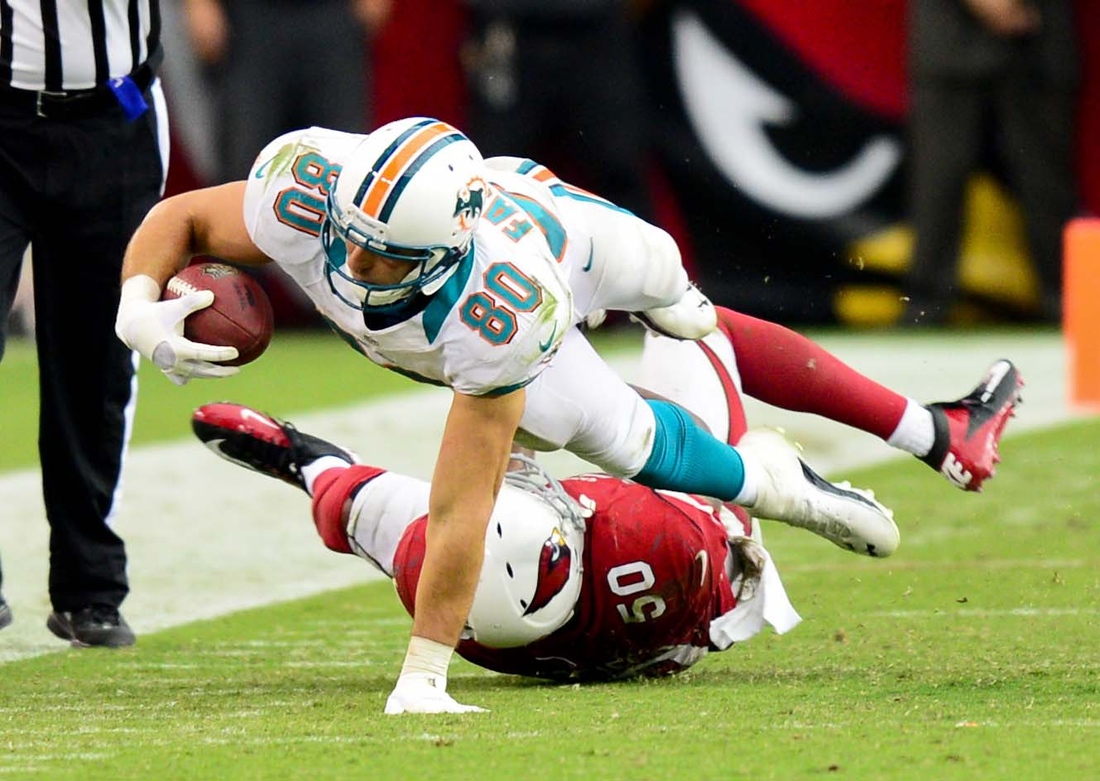 Thoughts: While Clay dropped this week, Lane jumped up against the Cardinals. He more than doubled his percentage of snaps from last week, and he is becoming an integral part of the Miami offense. He scored his second career touchdown this week, his second straight week with a TD. 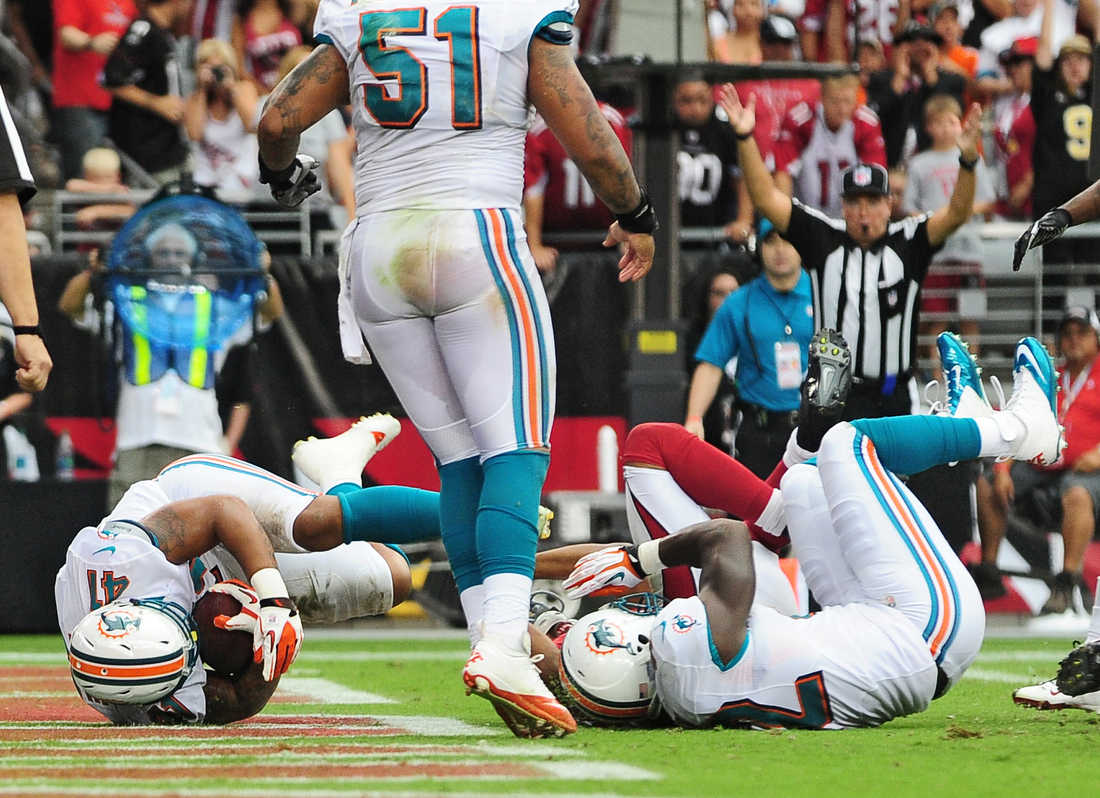 Thoughts: Bush's carries went down this week compared to his normal carries, which is probably a combination of the team looking to limit his contact with his knee injury, and the Dolphins' success in the passing game. Miller's snaps dropped this week as well, which is a little surprising. 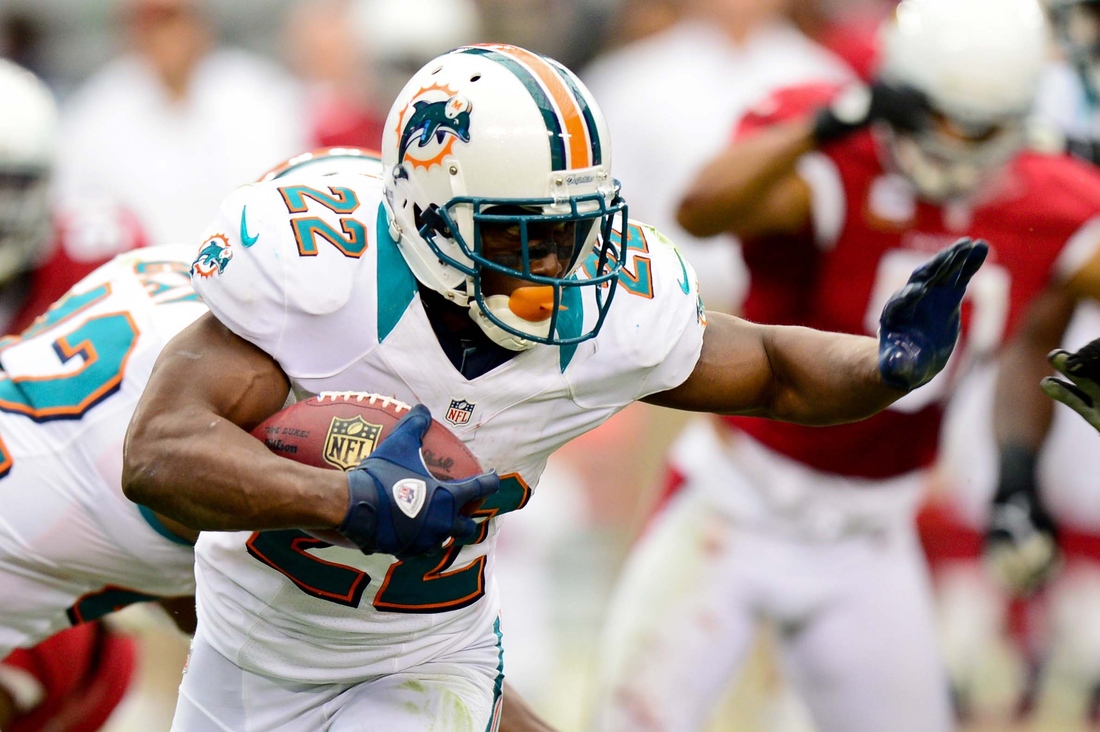 Thoughts: Incredible day from the rookie. 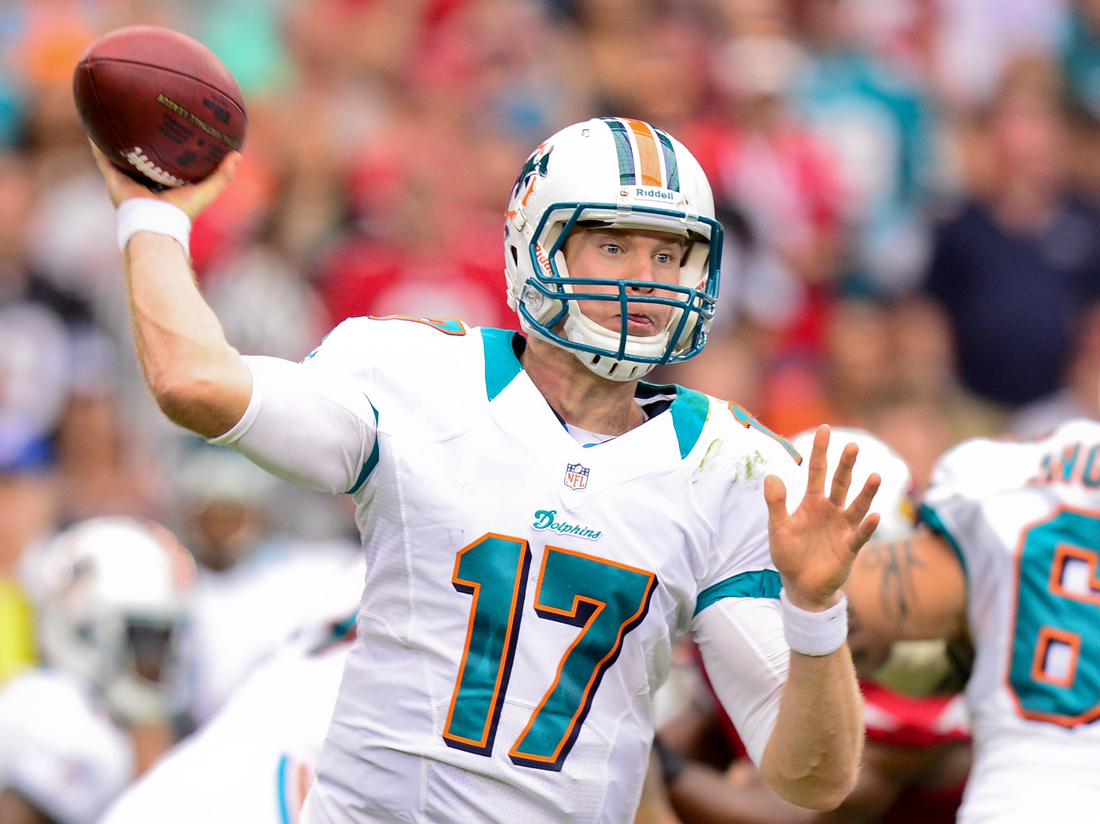