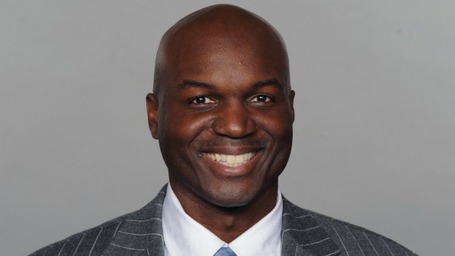 The Miami Dolphins fired head coach Tony Sparano today, following a 26-10 defeat at the hands of the Philadelphia Eagles. The loss ensured the Dolphins would finish the year below .500 for the third straight season, something that hasn't happened in Miami since 1970. The team named assistant head coach and secondary coach Todd Bowles as the interim head man.

But who is Todd Bowles?

Bowles played free safety in the NFL for eight years. He spent the 1986-1990 seasons with the Washington Redskins, having spent four years at Temple. In 1991, Bowles found himself in San Francisco playing for the 49ers, before returning to Washington for his last two years as a player. Over his eight seasons, Bowles played in 117 games, starting 82 of them. He had 2 sacks, 7 fumble recoveries, and 15 interceptions, with his single season high in interceptions coming with 4 in 1987.

Since retiring, Bowles started his coaching career at Morehouse College in 1997. The followed that up with service at Grambling State in 1998 and 1999. The professional ranks called in 2000, with Bowles working on the New York Jets staff. He then moved to the Cleveland Browns from 2001 to 2004, before working as the secondary coach for the Dallas Cowboys from 2005-2007. When Sparano moved over to the Dolphins in 2008, Bowles came with him, assuming the role as assistant head coach and secondary coach with the team.

Now, Bowles, who many have felt is a possible head coaching candidate for some team in the NFL, has the unenviable task of leading a 4-9 football team over their final three games, games against all three of the Dolphins' division rivals. He's got an audition for a future job somewhere, while trying to keep a team focused for three meaningless games.

The Todd Bowles era officially begins this Sunday as the Dolphins travel to Buffalo to face the Bills.